BJ Penn is not one to reconcile with a defeat – this made him a great mixed martial artist but sadly it’s making him into a terrible politician.

When we last checked in on Penn he was filing a petition with the Supreme court in Hawaii to contest the results of the GOP primary elections for Hawaii governor.

Penn came in second – lagging 20 plus points behind the former governor Duke Aiona. Still this defeat wasn’t convincing enough for Penn who requested his followers tag him in the pictures of ballots as they vote.

“Yesterday afternoon BJ Penn filed a complaint against the Office of Elections about the 2022 Hawaii Primary Election at The Hawaii Supreme Court.” his official account published. But it didn’t stop there.

“There is an appearance of inaccurate reporting, ballot mishandling, ballot design components, breaches at counting centers and ballot deposit sites, discrimination, voter suppression, and media violations are the main catalysts for this inquiry,” Penn stated, as part of a 123-page complaint filed on August 26th.

But the conspiracy doesn’t stop there – in the days since Penn has accused GOP and the Democratic party of conspiring against him.

Penn appeared to abandon his political account and had posted on his verified athlete page: 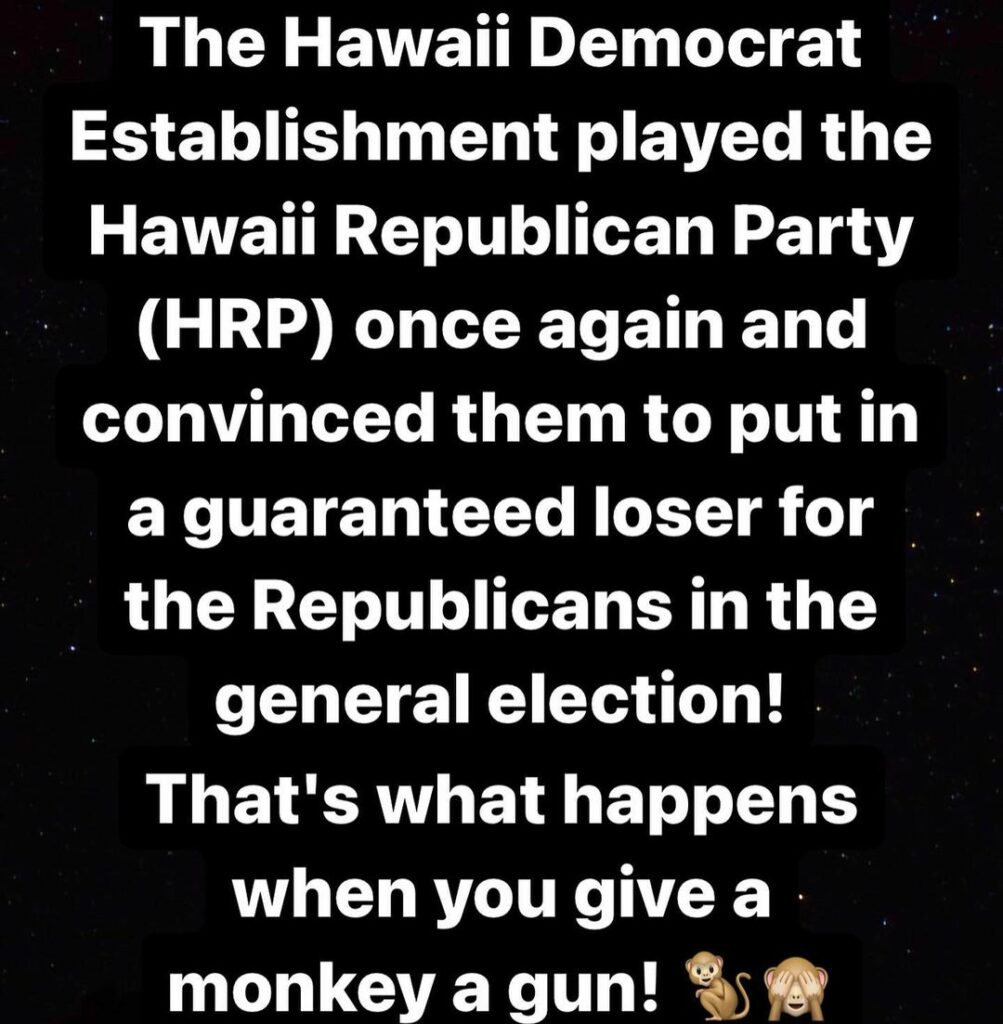 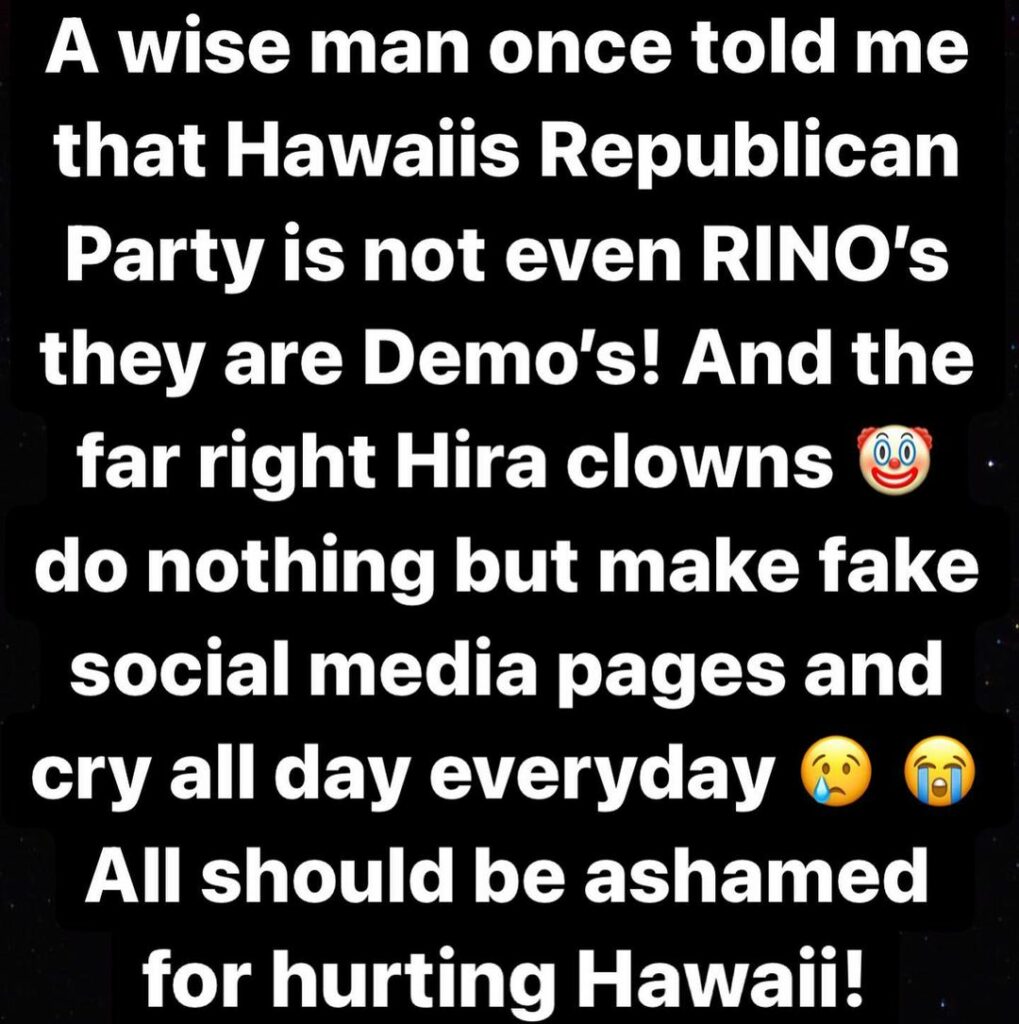 “They are here to keep whatever very little power they have(which is none). KHON news station said that the Republican establishment threw in Duke Aiona because they couldn’t have someone who was really gonna Huli the system like Bj Penn to lead the Republican Party and I believe them 100%! ”

“This whole campaign and all of this work wasn’t for the Republican establishment. It was/is about educating the next generation to overthrow ALL of you monkeys 🐒 who are keeping us down, hurting our children, and making us struggle.”

This isn’t the first time Penn accused the GOP of conspiring against him. Previously he shared that he was a victim of intimidation tactics:

Despite running as a republican Penn insists that he’s being pressured by the Democratic Party. In a video he released he explains:

“All right. What’s up Hawaii? The Democrat Party is shaking in their boots right now. The Democrat establishment is crying to the Republican establishment telling them please you guys, don’t let BJ Penn run. These guys are these guys are so scared.”
” We’re going to win the primary and we’re going to win the general. They know we’re going to run the general they’ve tried everything they could. ”
“They sent people to my house to talk to me. They realized that was a bad idea. They tried to buy me off they realized that’s never gonna happen.”

Duke Aiona is currently training behind Democratic candidate Josh Green. While Aiona got 37,406 votes in the primary, Green got about thrice that with 157,476.

While Penn is irked about GOP asking him to back Aiona, his ‘platform’ was iffy at best. At various times Penn claimed he would fire everybody, that he wouldn’t fire anybody and that Hawaii was landlocked. If anything it’s very surprising he finished the race as a runner up. His final standing is a nod to his superbly competent team who would stop Penn from doing interviews without pre approved questions and not participating in any debates.