BJ Penn has a real shot to make his political ambitions come true.

According to newly submitted campaign expenditure records, retired mixed martial artist BJ Penn raised $225,000 during the first half of this year. This placed him at #1 among the leading Republican contenders for governor.

Penn continues to be in the best financial position among the GOP candidates as we enter the final month before votes are deposited in mailboxes. At the beginning of July, his campaign said that it had $140,000 on hand.

Penn’s campaign has received $30,000 in contributions of $100 or less. He also lent his campaign $47,000, according to records. Family members and friends with ties to the MMA community in Las Vegas contributed around $60,000.

The billionaires Lorenzo and Teressa Fertitta and UFC president Dana White from Las Vegas also gave the maximum amount of money to Penn’s campaign. After footage of a brawl between Penn and another guy in Hawaii surfaced in 2019, White informed reporters that Penn will never again compete in the UFC.

Longtime supporters of the GOP, the Fertitta family owns the network of Station Casinos in Las Vegas. Lorenzo Fertitta and his brother Frank had purchased the UFC and appointed their pal White as its president. According to Forbes, the Fertitta brothers sold the UFC in 2017.

Despite reciving support from former owners and current UFC president, UFC isn’t standing behind Penn. During a recent broadcast that Penn attended, his political shirt was blurred out during the pay per view. 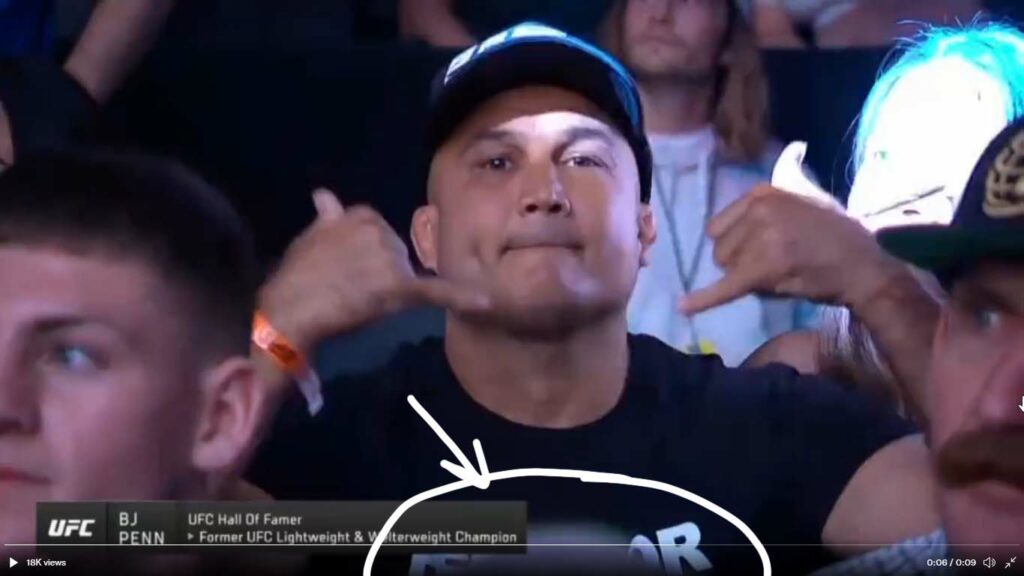 The greatest single spend for Penn was $27,000 for data services from Olympia, Washington’s Wilferson Public Affairs.

Penn had been avoiding public debates up until recently. Penn has been opting out of majority of public outings with his team insisting they be given questions in advance – which they finally got someone to agree to.

It led to a particularly jarring scene in which Penn described how he would treat Covid induced crowding in hospitals mistaking that the issue is physical beds as opposed to the health care system getting overwhelmed and understaffed.

BJ Penn: “we don’t have enough hospital beds, but we got a lot of beds at peoples homes”