Kamaru Usman is once again in the news as the date approaches for him to face UK challenger Leon Edwards. Usman has been at the top of the welterweight division for quite a while defending his title a number of times against Covington, Masvidal and Gilbert Burns.

But with each octagon showing the number of fans question if there’s a secret to Usman’s success. Considering the recent gaffe his manager made, we’ve decided to look over some of the more compelling evidence suggesting there might be PED aiding Usman in his quest to remain the pound for pound champion of the UFC.

Kamaru Usman is 35 but he’s been plagued by injuries for almost a decade. Prior to transitioning to martial arts, Usman was a freestyle wrestling Olympic hopeful but he failed to make the 2012 US Olympic team trials and instead turned his attention to MMA.

Among the evidence that makes Usman suspect are his acne, especially the back acne and stomach bumps.

P2P Champion Kamaru Usman was also frequently spotted with plenty of bumps on his stomach.

Former adversary Colby Covington said these marks are an indicator of PED abuse and nicknamed Usman ‘Marty Juiceman’ along with ‘CEO of EPO’.

But the bumps aren’t exactly consistent. Varying in size and shape. 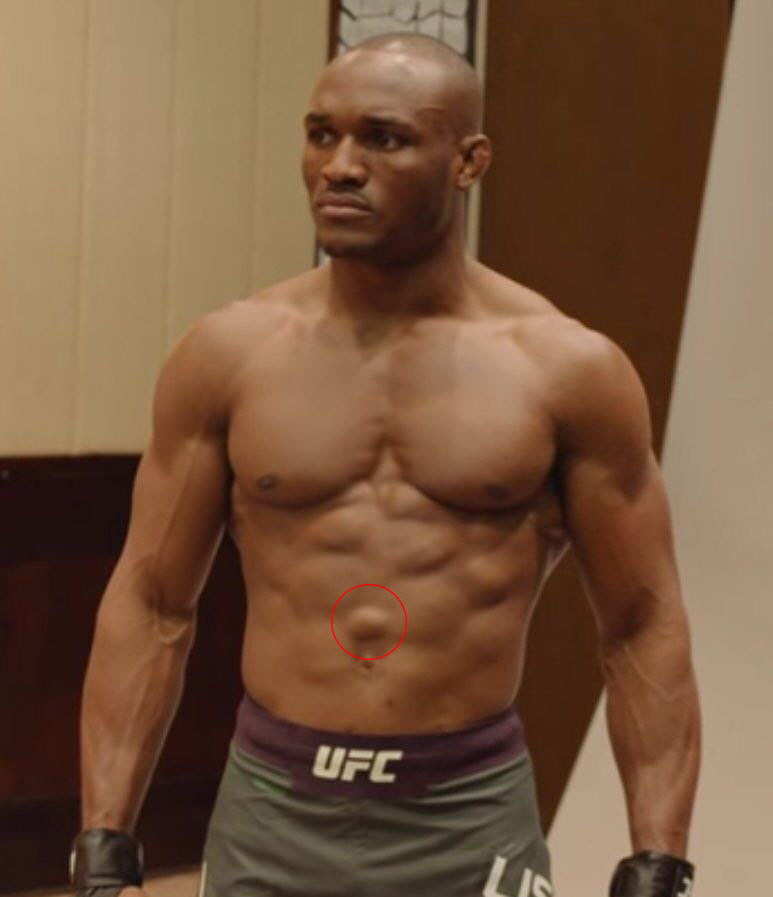 But Usman also has a bad acne problem – and a problem that’s relatively new.

Meanwhile back in 2017, Usman’s back was devoid of bacne.

But Usman also has prominent traps – which has long been another marker of PED use. 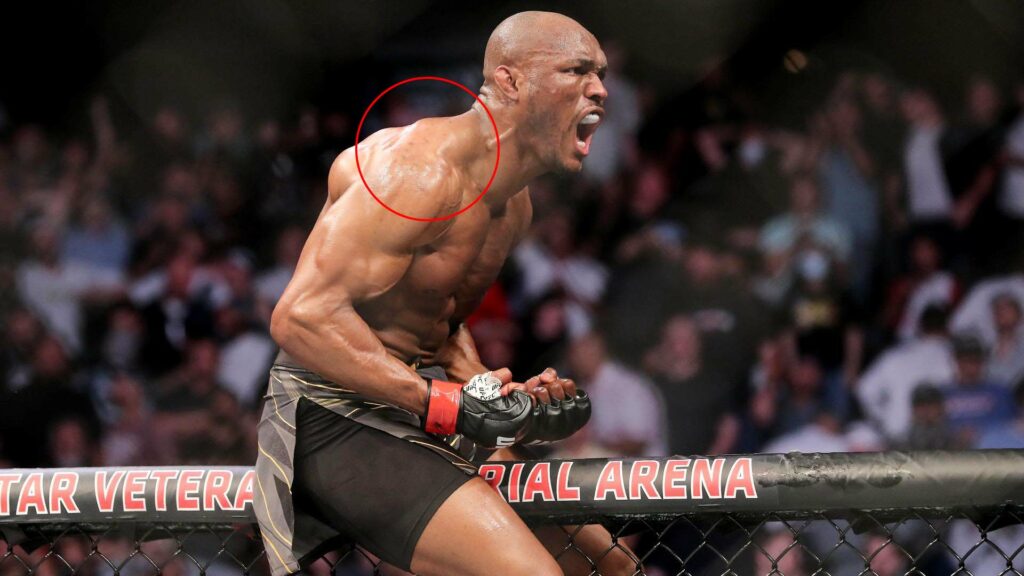 Male deltoids and trapezoids have a higher number of androgen receptors than other muscles. Hence they experience the most growth when using PEDs.

But while it’s fun to speculate it’s much more interesting what something like EPO would do to an athletes body. For one EPO is much harder to detect and is usually detected by an athletes’ entire history of tests versus a single one. TJ Dillashaw is a noted example of this. Dillashaw admitted to using EPO after USADA findings – and USADA then went back and checked his previous biomarkers dating back several years to pin point the period of use.

So while there are some eye brow raising factors in Usman’s appearance it’s far more interesting if he’s actually the CEO of EPO considering EPO is one of those things that undoubtedly impacts an athlete’s performance pretty drastically unlike most other things which are definitely enhancers but perhaps wouldn’t produce statistical differences on every and each octagon outing.