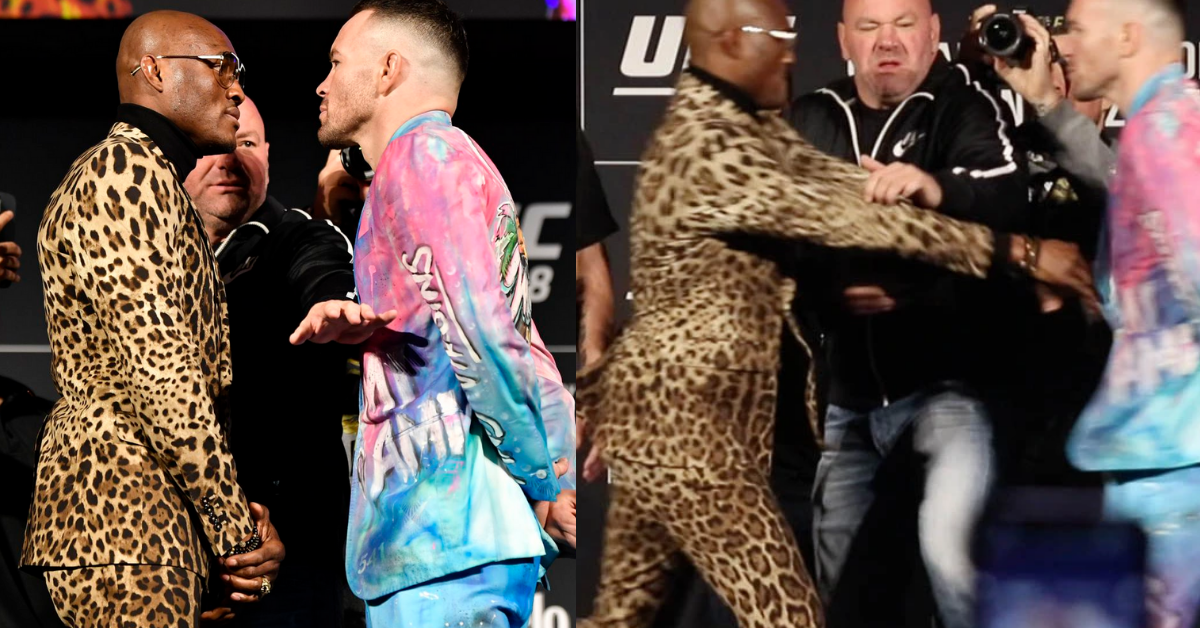 During the UFC 268 Press Conference, Kamaru Usman shoved Colby Covington right after a stare-down session. The action is assumed to be a continuation after their verbal altercation during the press conference.

A  long verbal altercation between UFC 268 main card Kamaru Usman and Colby Covington happened during the UFC 268 press conference. The rant started when Colby was joking around with an interviewer. Usman then interrupted and both of them started a verbal altercation.

Colby repeatedly mentioned Usman’s father who was jailed in 2009, saying “is your dad coming on Saturday night? Should I call him? You want me to make sure he’ll come?”. Usman’s father was arrested and charged with multiple counts of health care fraud and released in early 2020.

On the other hand, ‘Marty from Nebraska’ responded to that roast by talking about Colby’s broken jaw thanks to Usman during their fight in 2019. “Can you please make that phone call? I need him here to watch you get your face broken this time” said Usman which made Colby extra salty and almost started a fight there.

During the stare-down, Kamaru Usman finally went physical with Colby Covington. He suddenly pushed Colby and made the guards step in. Usman then gave a big smile when the crowd went wild because of his action. Meanwhile, Colby surprisingly stayed calm the whole time.

Kamaru Usman and Colby Covington will meet in a welterweight title fight in UFC 268 this Saturday night.