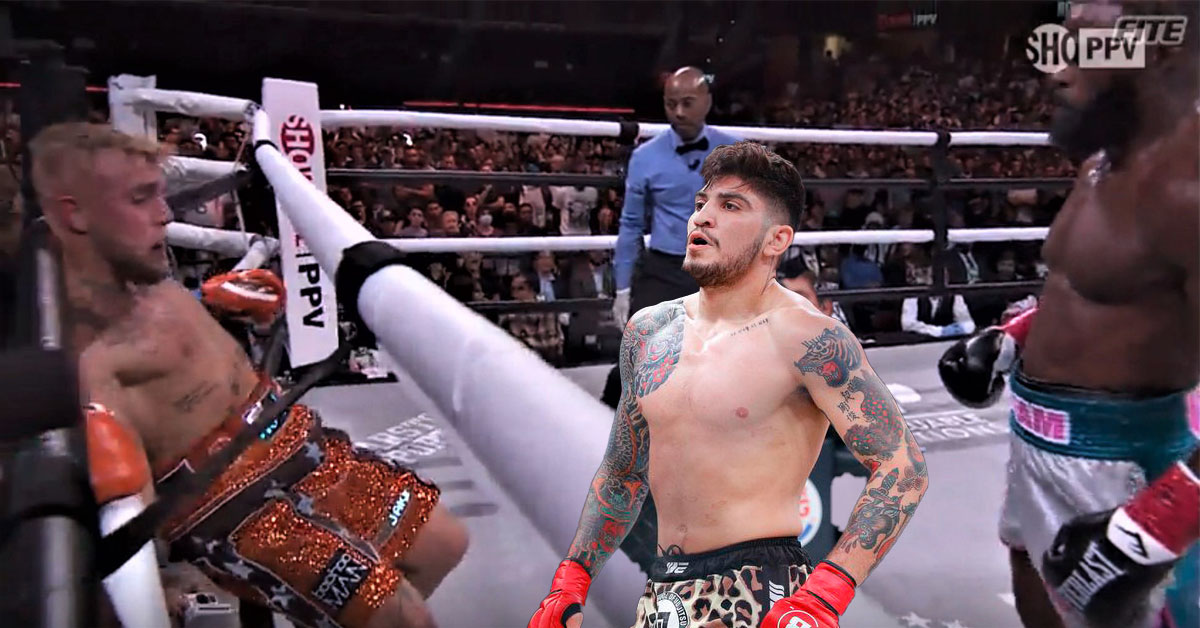 Jake Paul boxed Tyron Woodley on August 29th of this year. The youtube phenom was rumored to be facing someone with knock out power for the first time in his young and hyped career as a boxer. Still, when it came down to it Woodley didn’t manage to knock out Paul in spite of having delivered one particularly heavy blow during their fight.

Many were skeptical when Woodley failed to finish Paul.

The moment Tyron Woodley staggered Jake Paul with a big right in round four… pic.twitter.com/BOtk1r3Knu

Meanwhile Dillon Danis returned to the public eye after his arrest and made some very interesting claims regarding the boxing match.

Another infamous fighter that believes there was something iffy about match is Overeem. Overeem feels that the brothers are just not ready to take on legitimate challenges:

But Danis actually took it a bit further and clarified his comments in another appearance.

Danis: So basically, that is true and Tyron Woodley – that’s why he has the same thing but he had to sign an NDA (non disclosure agreement) not to say anything about that. It was like a double rule, you know.

Interviewer: Um so yeah he was saying like the whole fight was just basically rigged?

Danis: No it so the fight was not rigged – it was like they could box but he’s not allowed to like knock him out. So no so that once when he was against the ropes he kind of stood there – Tyron Woodley signed the nda to not say anything about that.

Of course thanks to Jake Paul and Dana White beef – Claressa Shields somehow got in the middle of it as well. 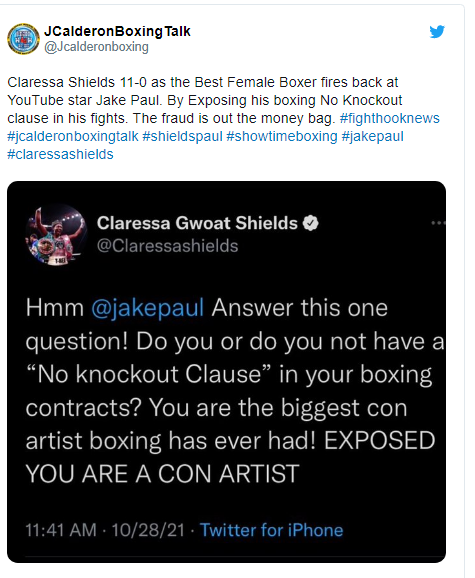 This tweet ultimately resulted in Woodley’s manager Malki Kawa denying any such condition in the contract. 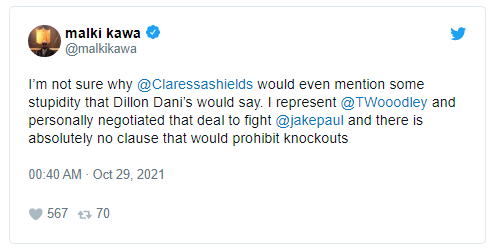 Tyron Woodley is still mum on the subject. After all he’s probably busy getting that tattoo lasered off…