Actor/bodybuilder Martyn Ford announced he would be moving on from the Iranian Hulk boxing exhibition due to mental wellness. In the fall out from the card cancellation he also signed with a new manager – the controversial Daniel Kinahan.

Kinahan had previously advised the careers of Tyson Fury and Darren Till but now he’s wanted by the US government. Kinahan is deeply entrenched in Combat sports having previously founded MTK Global promotion. He has a number of boxers and martial artists in his circle.

Kinahan has been named as a leader of the Kinahan organized crime group by the US Government and a $5 million reward is being offered for information leading to disruption of the Kinahan cartel or Kinahan’s arrest and conviction. 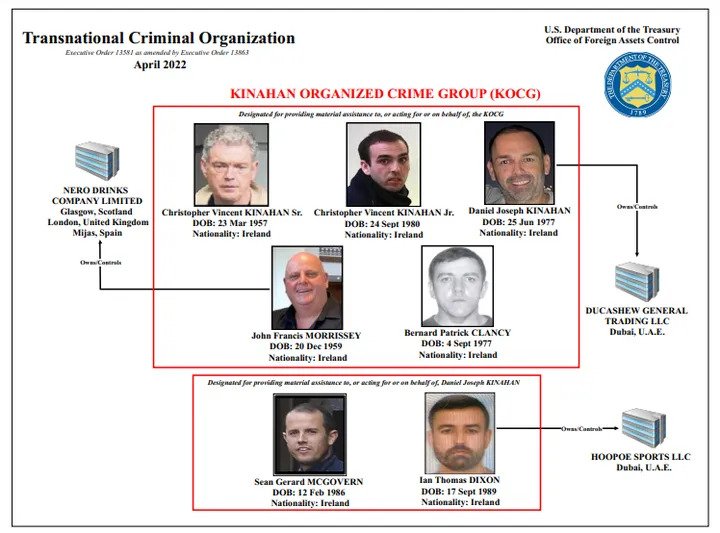 Kinahan organized crime group is believed to be behind most of the narcotic trafficking into Ireland. They’re also believed to be operating in Europe, North Africa and Oceania.

As a result of the sanction, Kinahan’s property and interest in property have been frozen.

“As a result of today’s action, all property and interests in property of the designated individuals or entities that are in the United States or in the possession or control of U.S. persons must be blocked and reported to OFAC,” wrote OFAC on their release. “OFAC’s regulations generally prohibit all transactions by U.S. persons or persons within (or transiting) the United States that involve any property or interests in property of designated or otherwise blocked persons. U.S. persons may face civil or criminal penalties for violations of E.O. 13581 as amended or the Transnational Criminal Organizations Sanctions Regulations, 31 C.F.R. Part 590.”

In the fall out from the sanctions, Tyson Fury’s camp tried to distance themselves from the former associate. Bob Arum said he’s to sever all ties with the advisor and close pal Daniel Kinahan.

“We are not going to deal with Daniel,” Arum told the Daiy Mail. “We will respect the sanctions. We will deal directly with Tyson [Fury] or his lawyer… I wasn’t pleased with a number of things he [Kinahan] was doing in boxing. I was looking to sever ties anyway.”

Meanwhile, Martyn Ford is more than ready to back Kinahan. He announced the signing on his social media by saying:

“When a chance opportunity came about to meet the most powerful man in the sport, Daniel Kinahan, it was a no-brainer for me,” Ford said of his signing with the Irishman after his boxing debut against Sajad ‘the Iranian Hulk’ Gharibi was cancelled on weeks’ notice.

“Anyone who knows boxing, knows just how integral this man is, and his passion for the sport, he works with every promoter in the game and literally every fighter I spoke with told me he was the man I needed to speak to if I wanted to take this seriously.” 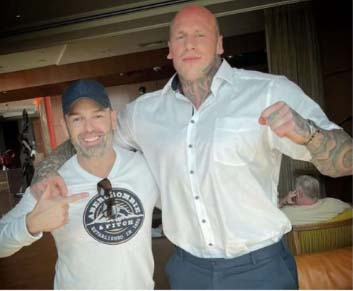 “We’ve talked in length and started working on a plan and I’m delighted to share that I have signed an advisory deal with him where he will help shape my path in boxing and guide me in the right direction and I’m truly excited about what’s to come. Together, we mean business.”

Ford has since deleted the social media post bragging about the new addition to the team.