UFC’s Paul Craig is widely known for his dangerous grappling. In fact, he’s behind one of the nastiest finishes in the Light heavyweight division.

. Jamahal Hill entered the ring undefeated with 8 victories while Craig was on a 3 win streak. Their clash lasted 2 minutes with Craig imposing a grappling heavy game from the get go.

Though it was only two minutes, the pair tussled on the ground with Craig having the upper hand. After one minute, Craig caught Hill’s left arm and went for a Mir lock.

He followed that up with an armbar attempt – that was successful but didn’t get the tap regardless. Hill found himself trapped in a triangle armbar, and with his arm possibly dislocated, Craig had opted to pursue finish via triangle effectively landing elbows from the bottom and producing unsettling video of the injured arm dangling.

But success with jiu-jitsu in MMA doesn’t necessarily translate, which is why ADCC phenom Gordon Ryan openly claims he would submit both Chimaev and Khabib Nurmagomedov.

Paul Craig came to learn this the hard way after booking a spot on UK based Polaris card.

Craig was game and even landed a kiss on his unsuspecting opponent at face offs.

But Paul quickly got more than he bargained for with Jed Hue landing a quick corkscrew footlock on him and getting the tap.

Hue was undisturbed about the incident prior to tap and had blown a kiss to visibly salty Craig after the tap. 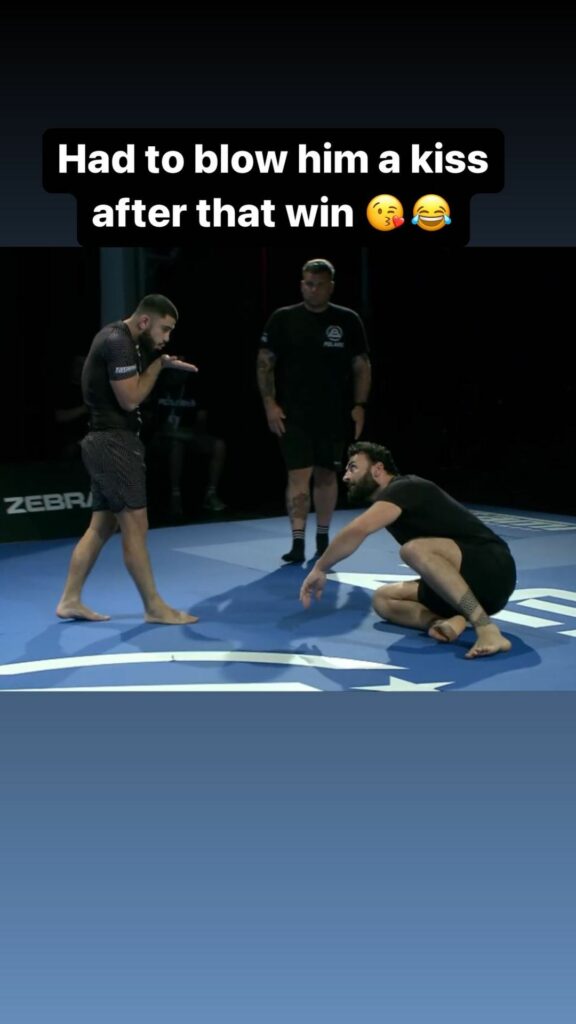