Mykita “Nikita” Krylov is a Ukrainian mixed martial artist of Russian heritage. This prompted Krylov to perform without a flag during UFC London. This wasn’t a general requirement – more of a personal choice. 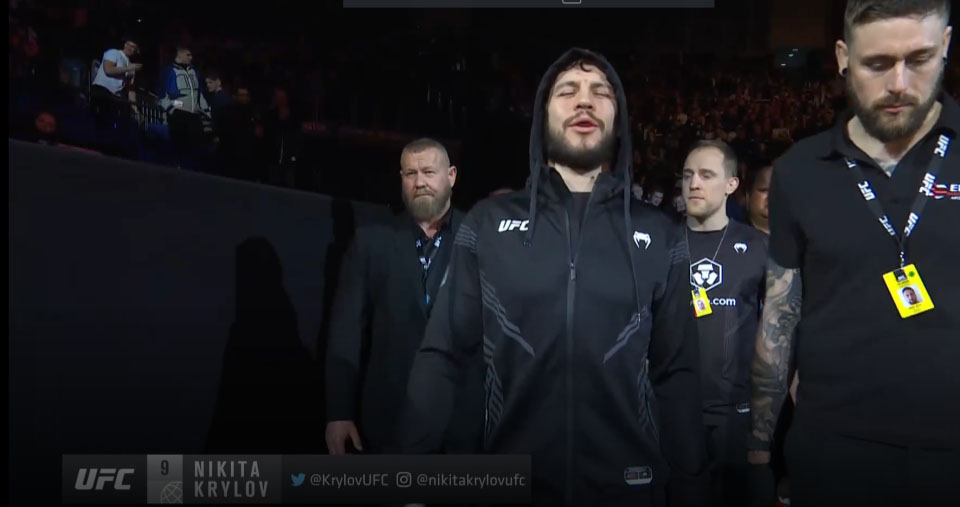 Krylov started off strong, having grounded Craig and delivered heavy ground and pound from top position. In fact it even seemed like Craig was done for thanks to heavy duty strikes he was taking from above. But all it took to turn it around was once well set up submission.

Craig had trapped Krylov in a triangle while Krylov was attempting to rain ground and pound. Pretty much as soon as he got trapped he was done for. The audience was relieved considering Craig was a crowd favorite.

PAUL CRAIG DOES IT AGAIN ?