The fight ended rather quickly. Jamahal Hill managed to survive Walker’s hard punches and kicks and took the chance to deliver an overhand that made Walker off balance. Hill then delivered another punch that knocked out Walker. The fight ended early at the 2:55 mark of the first round.

The 205lb division was just put on NOTICE ?

However, there was something odd fairly noticeable during Hill’s victory announcement. His right arm appeared to double in size compared to  the other arm. Apparently, his right hand got swollen due to blocking a head kick from Walker earlier. 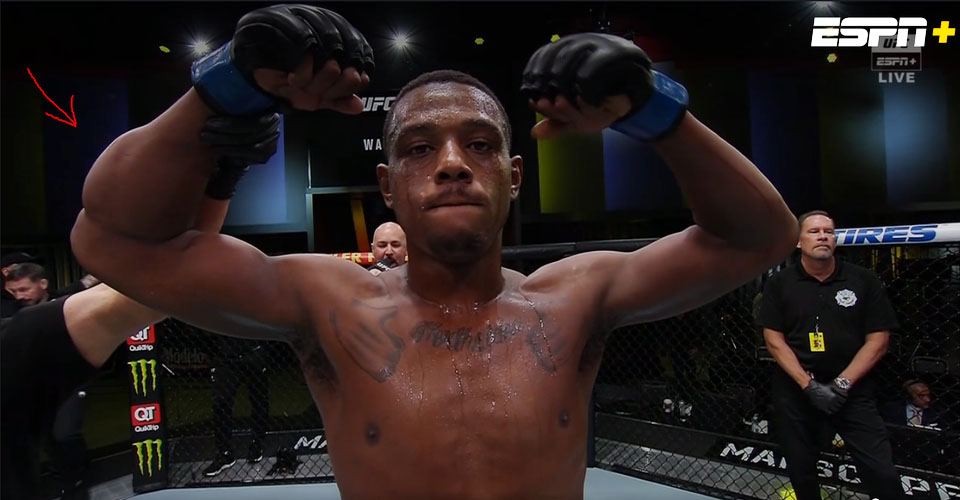 Thanks to the adrenaline rush, the swelling didn’t bother the 30-year-old fighter during the fight. That swollen hand was the hand he was using to knock out Walker. With this victory, Jamahal Hill got to an MMA record consisting of 10 wins, 1 loss and 1 no contest. No contest  resulted from a bout Hill had won but was overturned after he tested positive for pot.

This is what Jamahal Hill did to Johnny Walker ? #UFCVegas48 pic.twitter.com/TMZ73Mcvr6

Back then, Jamahal Hill broke his left hand when he fought Paul Craig in June 2021. Hill was held in a triangle choke and refused to tap. He kept struggling to escape the lock only for Craig to add more damage to him by punching his head. The ref halted the fight seeing how Hill couldn’t do anything else and Craig was announced as the winner. This was Hill’s only loss in the UFC.