Tyson Fury was recently spotted while taking good care of his old VW Passat despite owning many more impressive vehicles.

Much of the press reported Fury purchased a new $170,000 worth electric Porsche.

With such a big payday many speculated Tyson Fury decided to reward himself with a brand new Porsche Taycan. The rumor was that he traded his Ferrari F12 at a dealership in Wilmslow, Cheshire last week.

But Fury was quick to rebuff that rumor. 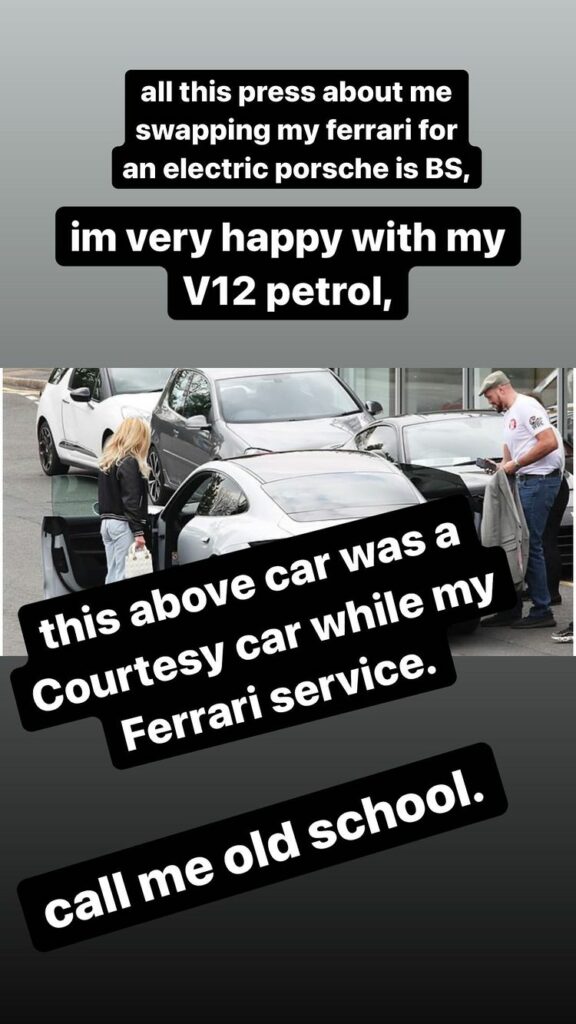 Despite having a Ferrari F12 , ‘The Gypsy King’ still couldn’t let go of his old Volkswagen Passat that he used back in the day. Recently, Fury gave his audience a glimpse at his ‘regular’ life, cleaning the car.

“This is the best car on the road 2006 iv cleaned her right up, spanking.” Fury wrote in the caption.

According to a report by The Sun the 33-year-old boxer took roughly $97,000 in dividends from his company, Tyson Fury Ltd. The firm’s documents were filed and reveal the figures that run through 2021.

Even though he is a well-known trash talker in front of the cameras, Fury is a loving father and husband. Sources say that Fury is a type of person who is very careful in using his money and he values his family so much. Recently, Fury invested $2.3 million into a new home in Morecambe, United Kingdom for him and his family.

Ahead of his last match against Dillian Whyte, Fury announced that he has hung up his boxing gloves. The 33-year-old went out undefeated with 32 victories and 1 draw.

“Every good dog has its day. And I know Frank (Warren) will be unhappy about that. And Top Rank, there’s a lot of money to be earned. But, for me, I come from f*** all, I come from nothing. ”

“I know a lot of people with money, big money – but none of them are happy. Not one of them. And I know money can’t make happiness.”

“It’s not even been about belts with me, it’s not been about legacies.” Fury said ahead of his last match.

Despite confirming his retirement, many still believe that Fury will return to the ring in the future including his wife.