Considered by many as one of the best boxers of our generation, Tyson Fury is a two-time world champion and holds titles in several promotions like IBF, IBO, WBO, WBC, and The Ring Magazine.

As a champion inside and outside the ring, Fury has faced plenty of adversity. From his tough upbringing in Manchester to dealing with depression and dark thoughts, the heavyweight champion has come a long way to be where he’s now.

Fury was born to Irish parents on 12 August 1988 in the Wythenshawe region of Manchester. He was 3 months premature and weighed less than a pound when he was born. His father, John Fury, named him “Tyson” as an homage to the legendary boxer Mike Tyson.

“It was 1988, Mike Tyson was in his pomp as world heavyweight champion, and so I said, ‘Let’s call him Tyson’. The doctors just looked at me and smiled.”

“The Gypsy King” began boxing at age 10. His father, a professional boxer himself, served as his head coach until his professional days. As an amateur, Tyson Fury racked up a 32-4 record while representing both Ireland and England in international tournaments and winning the ABA amateur title.

As an undefeated multiple-time champion, it was finally time for Fury to be “put to the test” on a global scale. 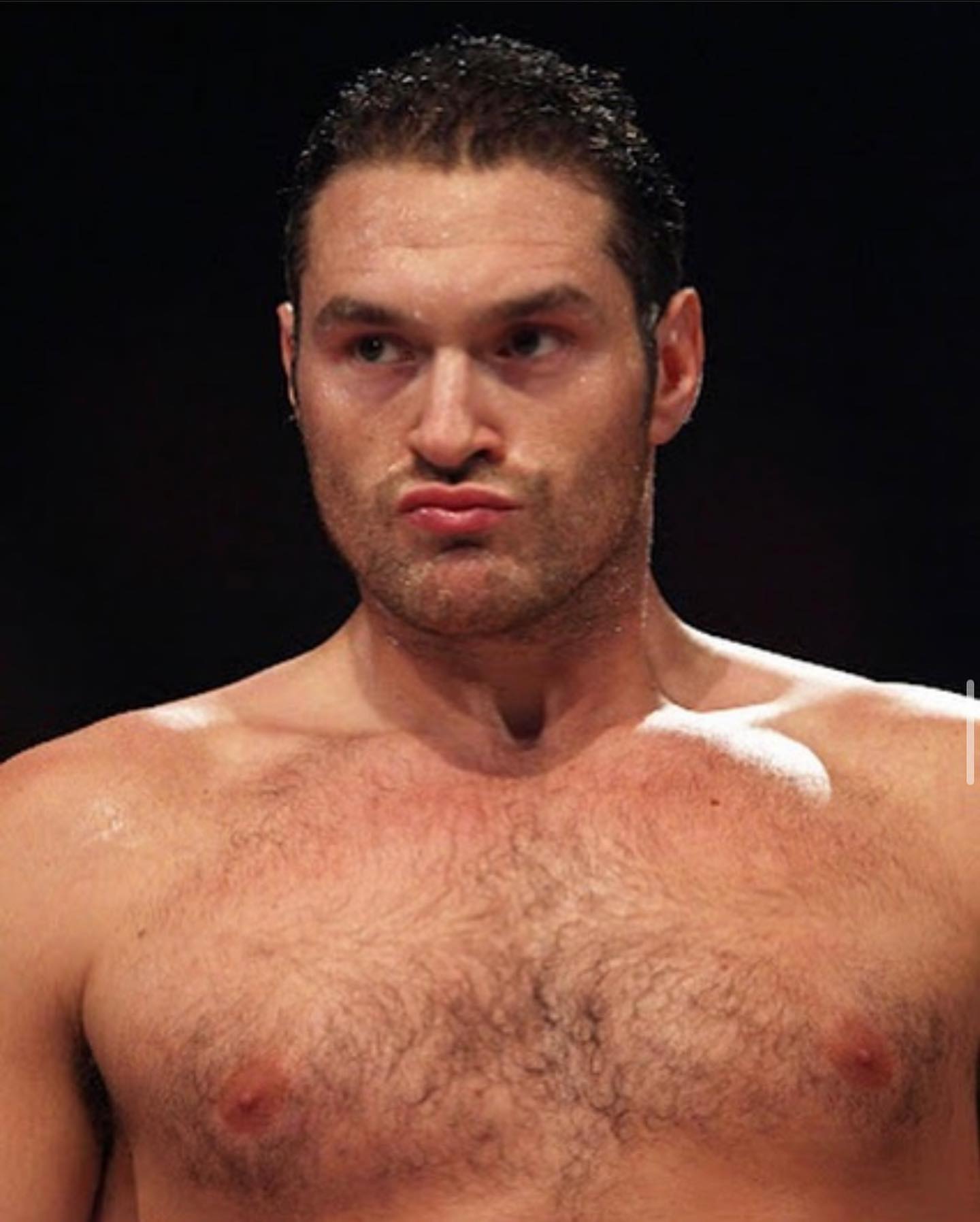 In 2015, Fury was scheduled to face the WBA, IBF, WBO, IBO, and The Ring heavyweight champion Wladimir Klitschko.

Klitschko was one of the most dominant champions at that time. The Ukrainian boxer was undefeated in his last 22 and had been defending world titles for years, even before Fury started boxing professionally.

“This is a dream come true. We worked so hard for this. I’ve done it. It’s hard to come to foreign countries and get decisions. It just means so much to me to come here and get the decision.” Fury said at the post-fight interview.

What was supposed to be the highlight of Fury’s boxing career, ended up almost being his downfall.

After winning the world titles, Fury accepted an instant rematch against Klitschko. The bout was scheduled for July of 2016.

However, during the preparations for the upcoming rematch, Fury stated that he had “no motivation” to face Klitschko again. The champion was reported to have gained an enormous amount of weight, weighing in around 330lbs just months before the scheduled contest.

Things would turn for the worse as Fury was later charged by UK anti-doping with the presence of nandrolone (an anabolic) in his blood sample. The bout was postponed and Fury denied the accusations. Just a couple of months after his failed test, Fury once again failed a test. This time another substance was to blame. Fury at the time reported he was going through depression.

This period ended up being the hardest challenge that Fury had to face. The champion was diagnosed with depression and had to deal with serious symptoms.

“The Gypsy King” relinquished his world titles in October of 2016.

During these hard times, Fury gained a lot of weight and became nearly unrecognizable. Despite always having a burly body, the Heavyweight gained an enormous amount of fat.

During this period, the premature baby who once was struggling to live by weighing only one pound weighed around massive 400 pounds.

After nearly four years away from competition, Fury’s career started to look like it was on its downfall.

However, in January of 2018, Fury re-applied for a boxing license and decided he would finally be coming back to the sport.

Not long after, Fury announced he would be facing Sefer Seferi in a 10-round heavyweight bout.

Fury showed up to the contest in a significantly better shape than he was seen in the last couple of years. The then former champion lost nearly 150 pounds and looked significantly thinner and more muscular.

“The Gypsy King’s” comeback was more than successful. In under three months, Fury won two in a row and was set to challenge for a world title once again.

In December of 2018, Fury faced Deontay Wilder for the WBC heavyweight title. Fury was dominating when he was viciously knocked out after a high punch landed by Wilder.

It looked impossible for a person to get up from a shot like that. However, in a true movie-like moment, Fury woke up from the blow and was able to get up and get back into it before the ref finished his 10-second countdown.

Fury was able to finish the contest which was later awarded a draw. Despite not being victorious, the Champion’s comeback story was the highlight of the night.

Back in 2019, Tyson Fury got the chance to meet his namesake – Mike Tyson. The two appear to have hit it off. 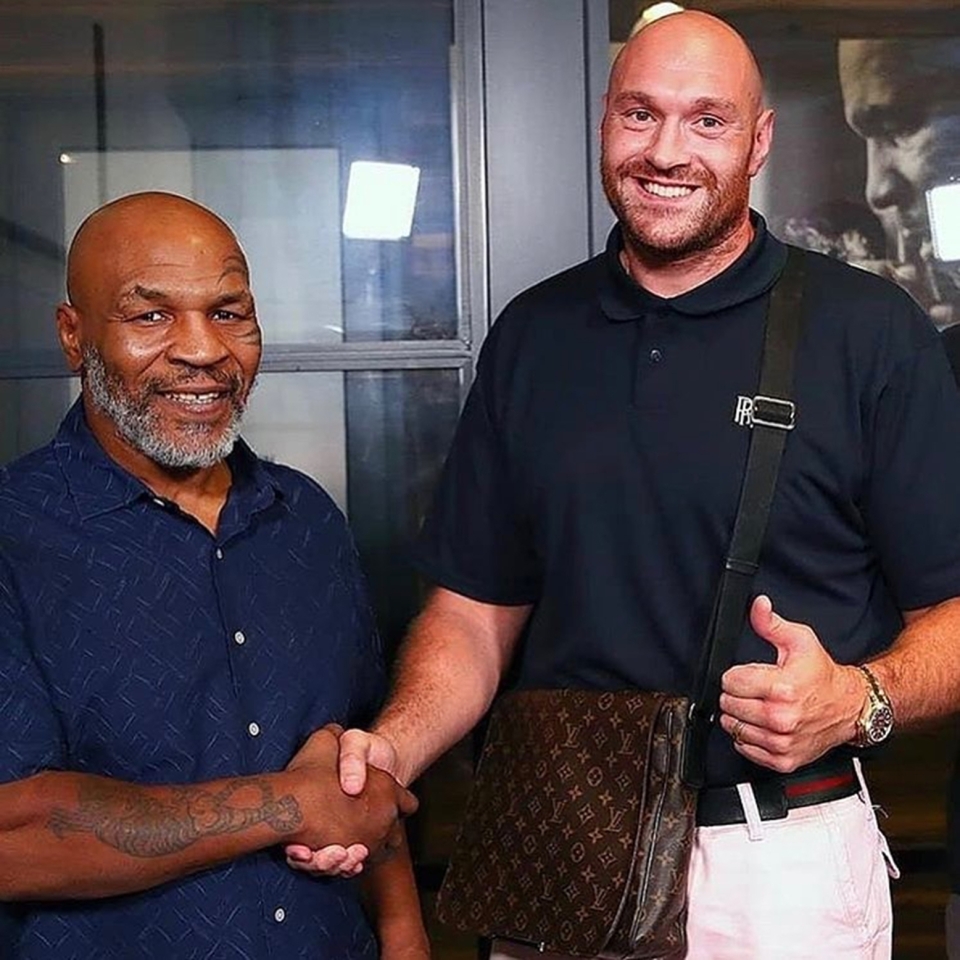 Later, Fury would regain his world titles when he TKO’d Deontay Wilder in their rematch in 2020.

In October of 2021, Fury cemented himself as one of the best heavyweights in history, when he dominated Wilder once again in their trilogy fight. Fury retained WBC and The Ring heavyweight titles by knocking the American out in the 9th round.

Fury is currently prepping to face Dillian Whyte this next weekend.

He appears to be in very good shape ahead of the April 23rd title clash.