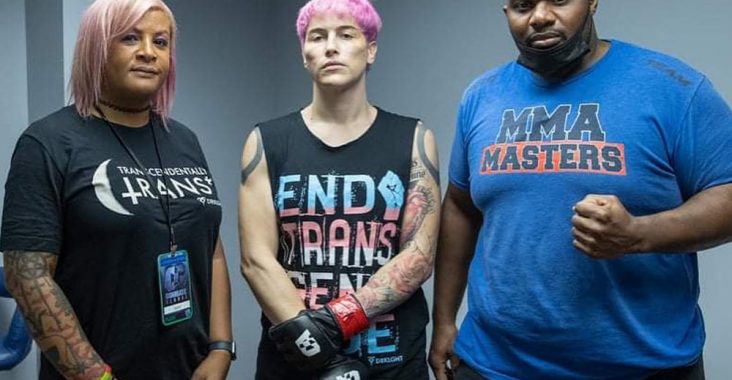 Sports play a beneficial role in the lives of many children. In fact, for many of them some of the biggest education opportunities come via athletic scholarships. This is why it’s very important to have a discussion around the new Texas bill TX HB 25.

This bill is meant to block trans students from participating in female sports in schools – not to completely ban them but to nurture and preserve the female athletes.

Naturally one person with very little concern for the prospect and safety of biological females is trans athlete Alana McLaughlin. McLaughlin took it upon herself to give an interview to The Guardian, criticizing this bill as she feels it harms transgender kids.

“The intentions of rightwing politicians like Abbott and DeSantis are clear. They are using transgender children as scapegoats and compromising their health and safety to score political points with their party and their constituents. Trans kids deserve equal access to sports. Trans people deserve equal access to public life. We deserve love and safety and inclusion, and make no mistake: we will win this fight, and history will not remember dinosaurs like Abbott and DeSantis kindly.”

While nobody is questioning access to sports – it’s quite another thing to be competing with biological advantages – after all this is why plenty of sports try to monitor PED usage.

What McLaughlin isn’t saying in this particular interview is that she wouldn’t consider fighting a man – or even a female that outsized her. Which is particularly outrageous considering her own circumstances. Here’s what she previously said about trans women who opt to fight men:

They haven’t like fought serious fights but they’re like: “Oh well we’re doing the right thing by fighting men because we know that, you know, we’re always going to be better than real Women,”.

You know like they’re disrespecting themselves and they’re disrespecting cis women fighters because I guarantee you, like, like, the one girl she lost a tough man fight. You know it’s like boxing rules, where um, you know it’s boxing rules with untrained fighters and she was turning her back to her opponent it was only one minute rounds and they were playing “dude looks like a Lady” over her bout. It was just… So I’m looking at this and I’m like well you have no self-respect and you clearly don’t respect cis women fighters and I can tell you Celine would have tuned these girls up like any of them.”

McLaughlin‘s commentary isn’t particularly well received – and neither was her MMA debut where she defeated a female fighter – who is a more proficient striker with endurance and stamina. This kind of gesture produced outrage even from softspoken MMA fighters such as Demian Maia.

“I think it’s absurd for you to put a person who was born a man to fight a woman. I’m going to talk about my sport, which is fighting. The person (who faces the trans athlete) will get hurt. There is no comparison. ‘Oh, but she started taking (female) hormones early on.’ Does not matter. The development there… And it’s not prejudice, none of that. But you have to understand that to work on the issue of prejudice in society, it’s not like that. This is not what will make people more or less prejudiced,” Maia said (h/t AG Fight).