Longtime favorite of the audience looked good in round one, but succumbed to a front kick early in round 2 and ended the night with a trip to the hospital. Luckily the medical tests came back clean and Ferguson is in the clear.

He then tuned back into social media.

As a reminder, during the lead up to UFC 274, Ferguson slammed the UFC for not allowing him to pursue other sports. He also expressed regret he didn’t pursue legal options when the promotion stripped him of the title following a home accident.

During the media day, Ferguson expressed his resentment toward the organization and how he was treated throughout his career. During the press conference he went on to say.

“I’m waiting for insurance. I’ve been competing in this sport a long time. I took a bad fall at FOX, they took my title from me. You know, I don’t even have to go into the Miller-Ayala Act where an agent is not supposed to be competing in the same sport as you…”

Miller-Ayala act is a piece of regulation that’s meant to regulate relations between professional athletes and their agents.

What many don’t realize is that Ferguson was managed by Paradigm Sports Management upto 2019.

Audie Attar is the founder and president of Paradigm Sports Management. He founded the company in 2009 – but his fortune wasn’t really made until he went into a partnership with star client Conor McGregor.

Audie Attar co-founded Eire Born Spirits along with Conor McGregor and Ken Austin. EBS was the parent company behind McGregor’s Proper No.12.

This is why Ferguson believes he was mismanaged. He previously expressed he felt McGregor and Paradigm owned him roughly $500,000.

While most of MMA media missed out on what Ferguson meant when he referenced the Miller-Ayala Act – McGregor understood perfectly fine which is why he responded in the following manner:

“Tony Ferguson, who changes representation around four times a year, is saying it’s someone [else’s] fault he is in the position he is in,” McGregor stated in a since deleted tweet. “How many bridges do you burn before you look yourself in the mirror and say, ‘Maybe it’s me that’s the issue’? God bless you, pal, I’ll say a prayer.”

Following Ferguson’s defeat, McGregor compared him to a McNugget.

“Tony had some great nuggets in the media build up. Then he got punt kicked to the chin and got turned into a nugget himself. That’s crazy” 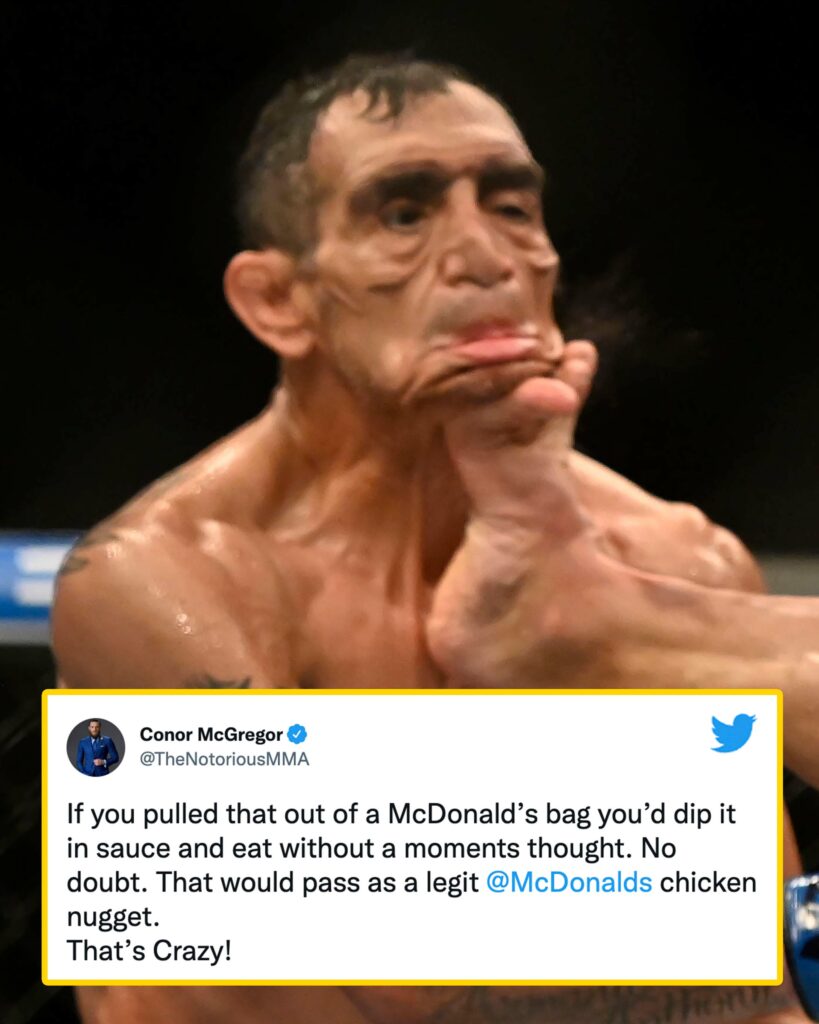 “Been away from Twitter for a sec. Came back to see McNuggets is always trying to talk s**t about me & my agents. Truth is I have had the same agent since I left Paradigm. Only agency change was the 1 that didn’t live up to their Fiduciary Duties. No excuses Just facts- Champ ”

A fiduciary duty is an acceptance of responsibility to act in the best interests of another person or entity. It most clearly describes the relationship between a sports agent and a professional athlete – as covered by the Miller-Ayala Act.