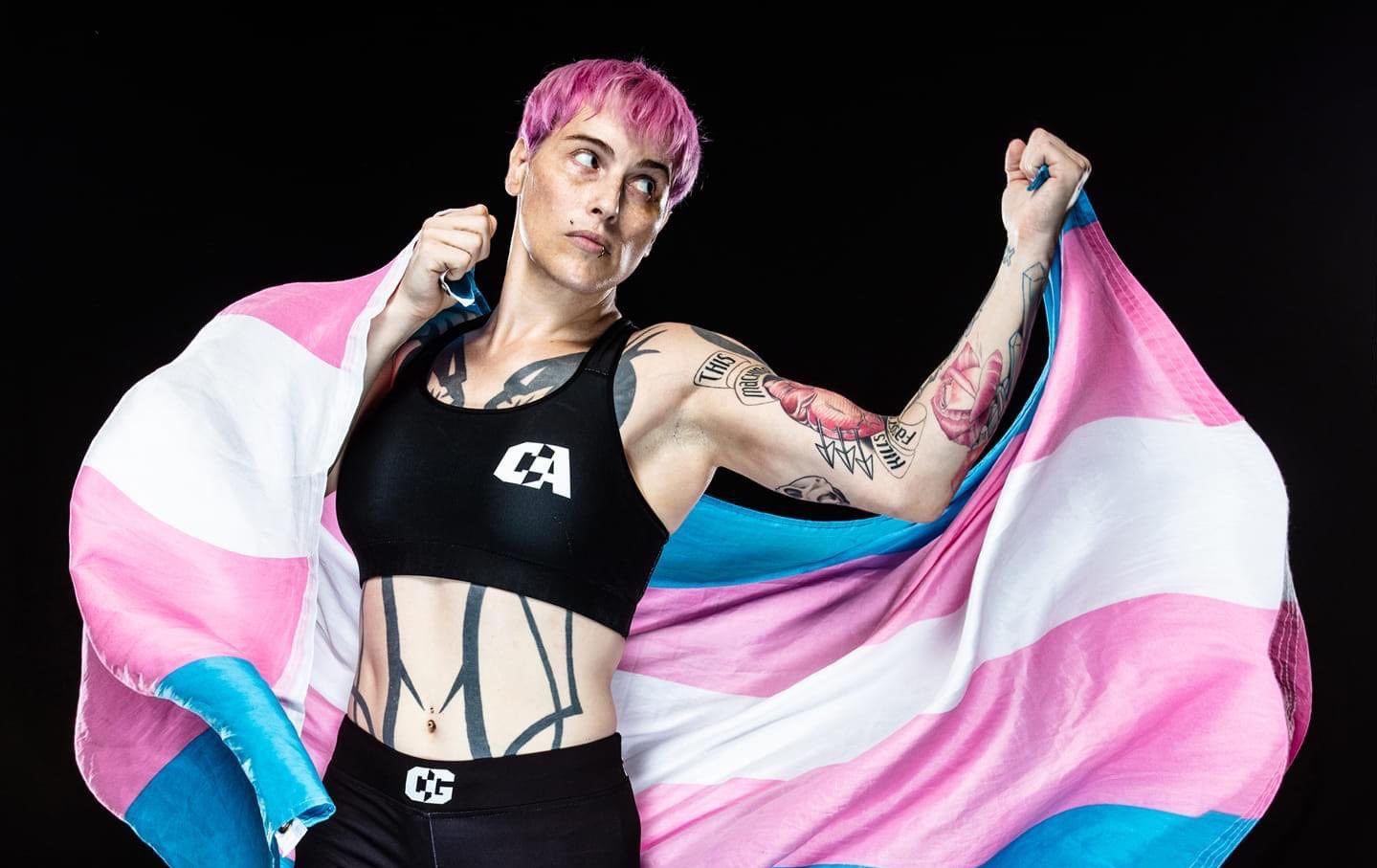 While many hurried to call Alana McLaughlin a trailblazer for debuting in MMA as a trans woman – plenty of other professionals were infuriated.

“Change your name, call yourself a woman… but you’re still a fu****g man, get out of women’s MMA, coward. This is why the athletic commission is useless,” Sean Strickland wrote on his Instagram story.

Another UFC veteran piped in saying:

Alana McLaughlin is clearly a real beautiful,brave and talented women and I wish her well beating up girls in Womens MMA pic.twitter.com/yfQySsUzxJ

Alana McLaughlin is clearly a real beautiful,brave and talented women and I wish her well beating up girls in Womens MMA

Alana McLaughlin released the following statement facing the backlash on her social media:

Good morning, friends, supporters and others! I’m getting a lot of variations of the same nasty messages calling me a cheater like I didn’t just get beat on for a round and a half. Y’all need to show @cylinelagrande some respect and take your concern trolling elsewhere. She almost finished me more than once, and on scorecards she definitely won that first round. This is the only post I’ll make about this. Transphobes are just making my block hand stronger.?‍♀️

Thanks to the publicity the fight received Mclaughlin also gave an interview to the guardian regarding her background. Some key notes include:

“My whole life I was a runt, I was undersized, I was bullied, I was r*ped, I was beaten, like I did not have an easy time,” said McLaughlin. “The story of my life has been trying to physically resist people that were larger and stronger and more skilled than me.”

McLoughlin came from a very poor family and the parents weren’t welcoming of their son exhibiting effeminate behavior. This lead to her being forced to spend time with another family that had several sons. One of the sons was particularly abusive and would isolate McLaughlin and s*xually assault her at the tender age of 5.

The abuse lasted for a number of years to boot. Following some athletic success that lead to a college scholarship Alana tried to enlist as a final attempt at conversion therapy.

McLaughlin put on muscle, rose up the Army ranks and became a special forces medical sergeant, part of an elite, 12-man team dispatched to Afghanistan in 2007.

This led to plenty more trauma that ended with McLaughlin opting to not reenlist. She is said to be suffering from PTSD caused by both traumatic childhood experiences as well as real life military Afghanistan trauma that contributed to it.

Additionally her first opponent gave this statement after the fight:

“I train with men that are stronger than me all of the time,” said the 35-year-old Provost, a school teacher in the Paris suburbs. “It doesn’t bother me at all. We need to show that MMA is an inclusive sport.”