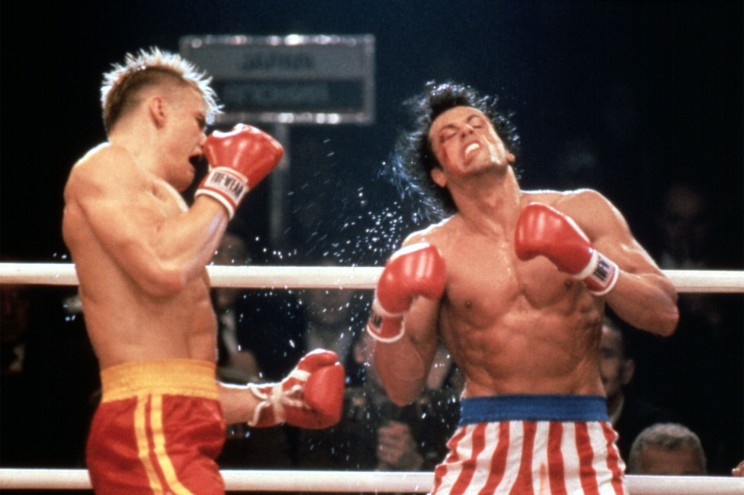 Sylvester Stallone rose to fame by playing a character of Rocky Balboa in the 1980s. Stallone wrote the screenplay for Rocky in three and a half days, shortly after watching the championship match between Muhammad Ali and Chuck Wepner that took place at Richfield Coliseum in Richfield, Ohio, on March 24, 1975. Now Stallone was offered to sell the script for a hefty amount which he declined. He believed this would be the right movie to make him into a megastar. And he was right.

However during the filming of the fourth sequel Stallone seriouusly compromised his life.  The 75-year-old actor recently posted a video titled “The Making of Rocky vs. Drago by Sylvester Stallone” on his YouTube channel in which he revealed Dolph Lundgren, who played Rocky’s Russian rival Ivan Drago, went in a wrong direction and nearly beat him to death.

“I got really injured during the fight,” the 75-year-old action star revealed. “I had to be flown into intensive care to California from Canada.”

Stallone also admitted that he pushed Lundgren to go all out on him to make the scene more realistic. He kind of regrets his action that almost put his life in jeopardy. He continued.

“Well, he pulverized me. And I didn’t feel it at the moment, but later that night my heart started to swell. My blood pressure went up to 260 and I was going to be talking to angels, next thing I know I’m on this emergency, low-altitude flight.”
“I’m in intensive care surrounded by nuns and then after that, I had to go back and finish the fight,” he said. He further added that he had to spend 4 days in ICU recovering from the incident before returning to complete the rest of the scene.”

Stallone  was conflicted but declined to take it out of the final cut.

“How could you take that out?”