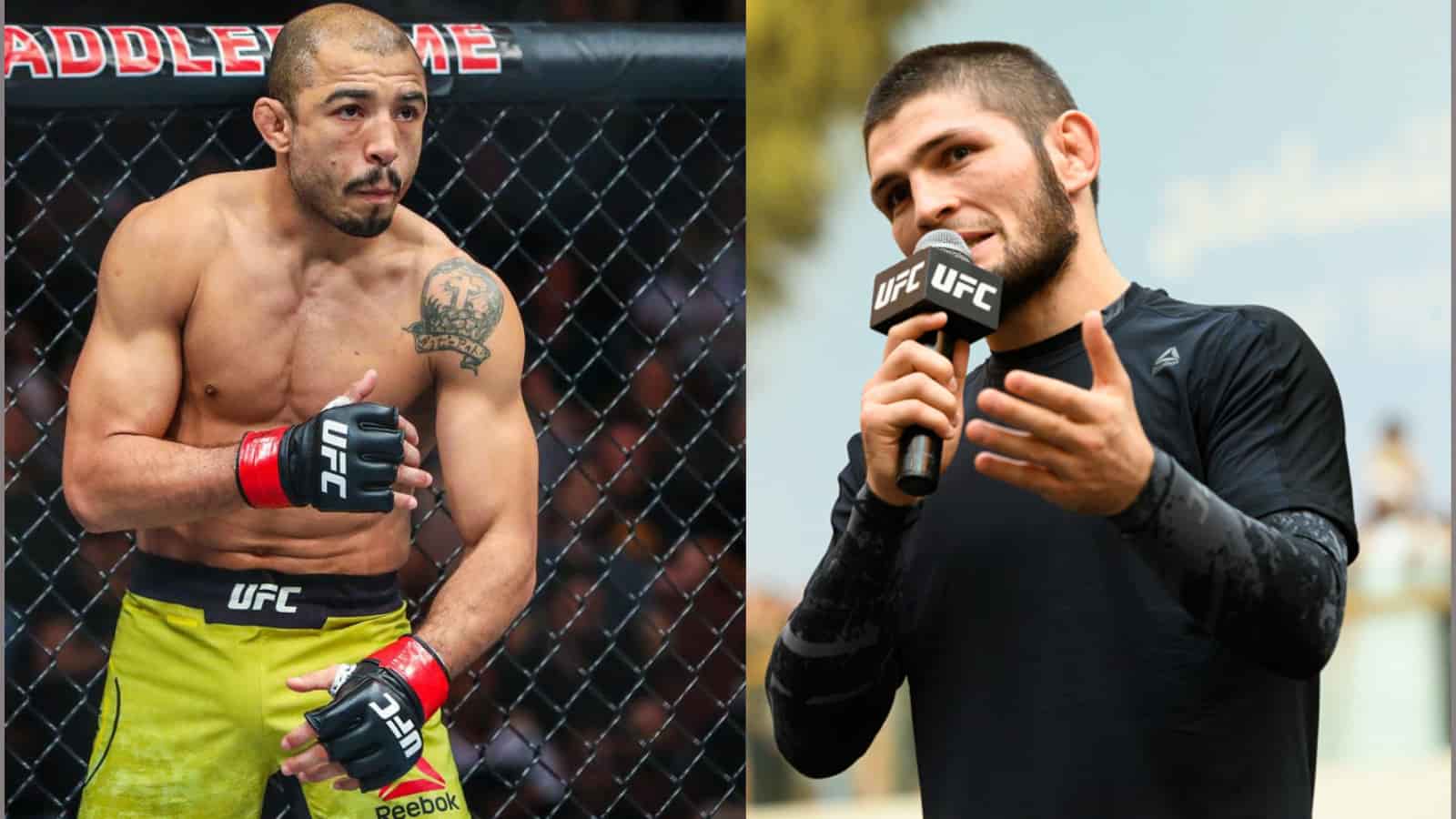 Former UFC Lightweight champion, Khabib Nurmagomedov got on Jose Aldo’s bad side after he made comments about the state of Aldo’s career.

“That shows that you’re not at your peak,” Nurmagomedov continued. “If you’re getting hit and you’re conscious and you’re not defending yourself, I call those fighters businessmen. They come out to make money.”

“He’s saying you can’t peak again, but we just saw an example with Glover [Teixeira], who got there, lost, and got there again at age 42 and won [the UFC title], completely dominated the champion, took him down and submitted him,” Aldo said. “[Israel] Adesanya himself fought [Jan Blachowicz] for five rounds, a pretty boring fight, two high-level athletes, and Glover, who’s older than me [won]. Sometimes Khabib talks too much. He’s not doing much these days, he’s retired, so he’s looking for [attention] that way.”

Aldo also revealed Aldo he had been offered an interim lightweight title fight against “a guy we never thought would turn it down,” who then “turned it down, because his father didn’t think it was good.”

“I was traveling when [my coach] ‘Dede’ [Pederneiras] called me,” Aldo said. “The [UFC] had offered me this fight and we took it. I said, ‘What? I want that, I’m in.’ I respect everybody, but that opportunity … I was the featherweight champion, and [Nurmagomedov] didn’t think it was a good [idea]. I don’t know if he was expecting to fight somebody else, I don’t know what he was thinking at the time. I think it could have been a great fight.

“I wanted to test myself. Everybody always asks me. … It’s funny, everybody thinks I train wrestling a lot. No, man, I usually do the same training with my team, so, to me, it would have been a really tough test. I’ve always fought against American wrestling and it was hard to take me down, so it would be a tough test against him, if he would be able to impose his takedown game against me knowing that I have pretty good takedown defense as well.”

While Nurmagomedov’s cult status is unmatched today – he actually only became lightweight champion following a last minute match up against Al Iaquinta in April of 2018. He would go on to fight just 3 more times in his career before retiring following his father’s passing.