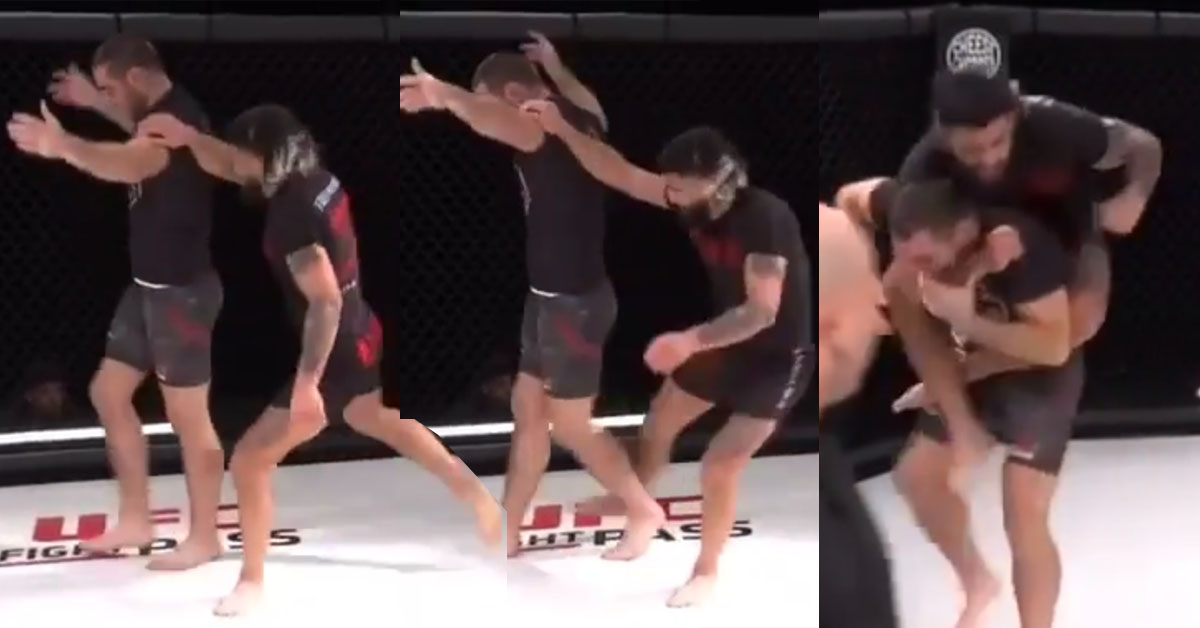 Sean Strickland made plenty of headlines earlier this year when he was the target of a “dbag” move during a rolling session with Orlando Sanchez at RVCA gym. The move in question was likely used in order to hurt Strickland – who was preparing to fight Uriah Hall at the time.

But this grappling experience would perhaps inspire Strickland to do more jiu jitsu in future – which led to him accepting a spot on Chael Sonnen’s Submission Underground. There Strickland grappled in a cage against Andy Varela.

The match was received without much fanfare in spite of Strickland being a long time member of the UFC.

Previously former UFC fighter Kevin Lee had his debut in the cage.

No word yet if this experience in jiu jitsu will deter Strickland from future appearances in the SUG cage.