Joe Rogan’s height had become somewhat of an inside joke among the long time fans of the comedian. While Rogan is many things – tall isn’t one of them. And that’s something he isn’t as likely to cop to as any of his other personal failings. 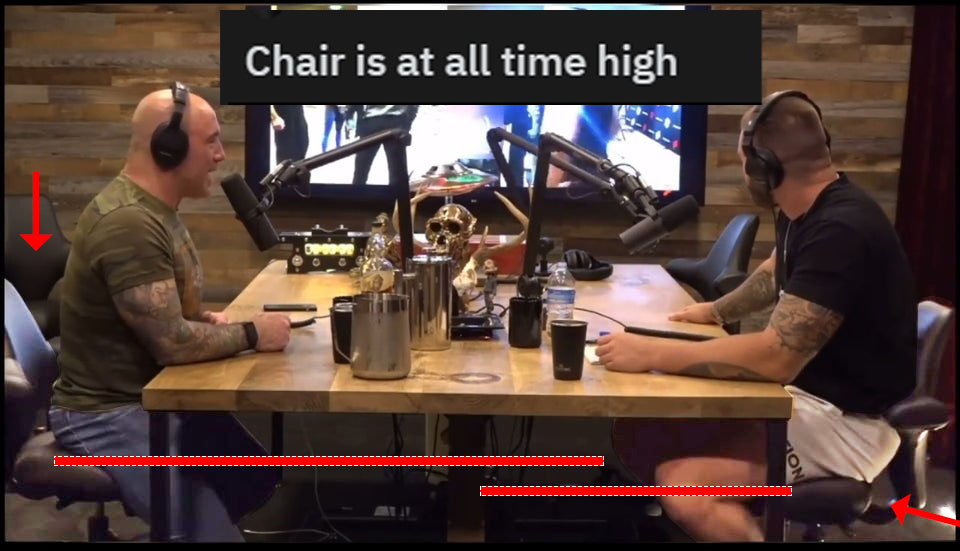 Earlier in 2021 Joe Rogan height was even trending on twitter. This was due to a Sky written marriage proposal ending with a dig at Rogan. Following the proposal, the hilarious couple had the plane write “Joe Rogan is literally 5-foot-3.” over West Hollywood.

This perhaps led one of his friends, comedian Mark Normand to make a hilarious skit about him. Much like Rogan, current trending topic the President of Russia Vladimir Putin is also obsessed with hyper masculinity while also being somewhat of a average to short man himself.

Normand used his keen philosophical sense as a comedian and wrote a hilarious skit comparing the two.

Normand starts off listing some of the adjectives of Russian president Vladimir Putin.

“Putin’s bald, he’s five seven, he knows jiu jitsu he’s like – he’s like Russian Joe Rogan – except he didn’t apologize for his n-words. I mean, yeah 5’7″, you don’t want to f–k with a short guy, those guys are angry, they’re
motivated. You know and he’s never going to apologize, he’s not going to be the bigger man.”

Normand also pointed out another fun fact – Ukraine’s president once voiced Paddington Bear and was also a stand up comedian.

“I just learned from the other comics that the Ukraine president was the next comedian. That’s good that’s what you want in a war”