Joe Rogan has been given a reprieve from being the main target of the mainstream media criticism. But Rogan isn’t willing to go out without a fight. The 54 year old comedian has been fighting against CNN every chance he gets – and perhaps being a little overeager to dunk on them has landed him in trouble.

Rogan shared the following meme to his social media, not knowing it was a meme: 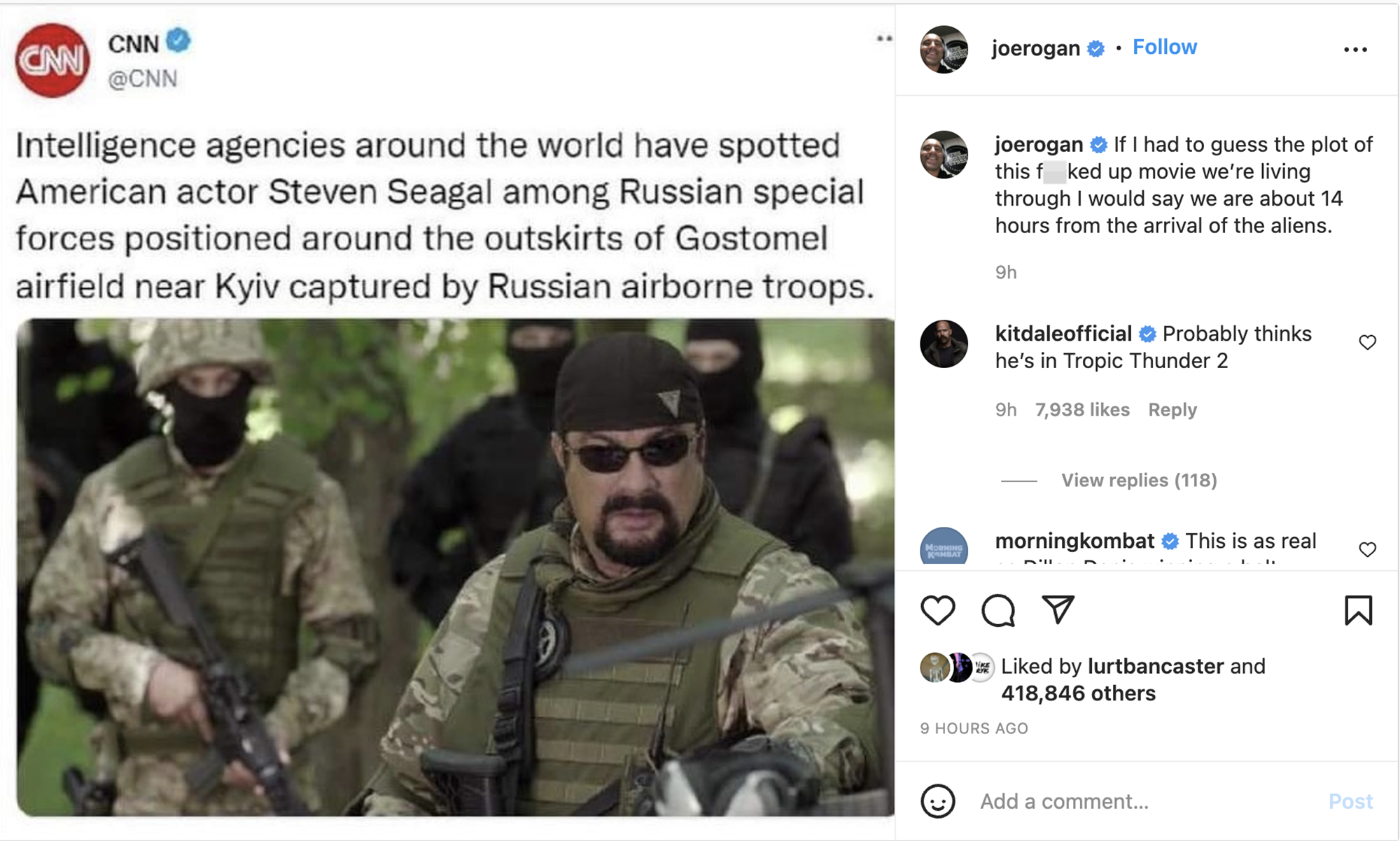 The commenters were quick to debunk Rogan’s posting saying:

“This is obviously photoshopped though,” scoffed one fan on Instagram. “I may be a beluga whale but I do make memes for a living so I like to think I can detect a meme with my sonar.”

“I had to Google to make sure this wasn’t real. Lol this world is bonkers,” said another.

“For anyone who thinks this is real: it’s quite cold — about -2°C — in most of Ukraine. This photo was clearly shot on a warm day.”

One particularly peeved fan added: ‘I’d laugh, but my friends are dying.”

This in turn led to Rogan removing the post and clarifying his stance on the conflict:

“I deleted my earlier post about Steven Seagal being in Ukraine because it was parody, which isn’t surprising, but honestly it wouldn’t be surprising if it was true either. He was banned from Ukraine in 2017 because he was labeled as a national security threat.
I, like all of you hope the tragic situation is resolved there quickly.”

Rogan’s apology note was accompanied by another hilarious screenshot: