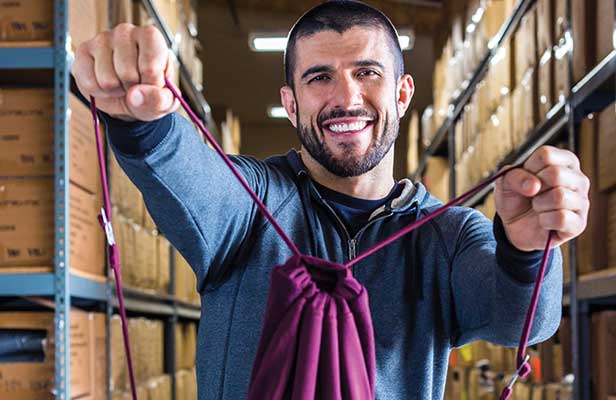 Some members of the Gracie family have a particular talent for shamelessness. Sons of Rorion Gracie have repeatedly exhibited this trait. The latest “what the heck” development is a successful attempt to crowdfund their mother’s memorial service.

Suzanne Gracie died on December 12th. At this point Rener Gracie – of the “Gracie Breakdown”, “Gracie University”, “Gracie Academy” and “Hero Hoodie” aka Quickflip apparel company opted to set up a gofundme page to gather $10,000.

The gofundme titled In Memory of Suzanne Gracie features the following description:

Suzanne Gracie was a beloved mother, Nana, daughter, sister, wife, and friend. She passed at home on December 12, 2021 with her family by her side. She is survived by her children Ryron, Rener, Ralek, Sage, and Reylan, her 10 grandchildren (Rylan, Rakai, Valyn, Vemma, Raeven, Alua, Faro, Renson, Rovan, Rocqlan), and her husband, Mark. Besides her cherished role of raising her children and grandchildren and her career in real estate, she was also pivotal in establishing the roots of Brazilian Jiu-Jitsu in the United States. While most of her work was behind the scenes, our mother’s life was life was rooted in selfless service to others. We have created this go-fund-me page to honor our mother with a memorial. Our mom loved the ocean, and found peace in her weekly beach walks on the strand. We will be using the funds to create a beachfront memorial in her name, to honor all that she has done for us, her grandchildren, her friends, and her contributions to the world of Brazilian Jiu-Jitsu.

We are grateful for all those who have reached out to us with their condolences, prayers, and warm words. While she will be missed by all who knew her, her legacy lives through each one of us. Thank you for your support.

Once the Suzanne Gracie memorial is complete, we’ll send out the location so it can be visited by all those whose lives she touched.

The gofundme went on to raise $14,000 as of the time of writing of this article.

Now this is especially jarring considering the hardships people are going through with the pandemic.

Quickflip apparel alone received an investment of $250,000 cash on Shark Tank (and a $250,000 line of credit) in exchange for a 10% equity share in the business valuing the business at $2.25 million – two years ago. It’s fair to assume that with the support of a business tycoon their valuation only grew.

And this is just a single business – the sons of Suzanne Gracie also own Gracie University. Gracie University is a lucrative business tied to 212 affiliate schools (who presumably pay the affiliate fee) in addition to hosting online trainings and in person certifications. At one time they even offered a program which would earn you a bjj blue belt without any in person experience – just demonstrating techniques via video you send in.

There are also plenty of subscription offers for these courses. 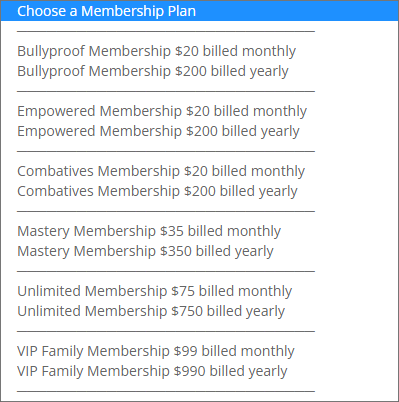 And in case you’re not sketched out sufficiently – one of the sons – Ralek Gracie previously filed for bankruptcy hoping to dodge payments to the athletes who fought in the defunct promotion Metamoris. Gracie repeatedly failed to pay out for athletes and staff in the later editions of the event and seemed to be unable to get payments out. At one  point he tried reviving his MMA career in order to repay people what was owed to them – and claimed he will get a loan. No updates are available on current standing of his financials.

The patriarch of this branch of the family has his very own sketchy history to contend with. Rorion Gracie once founded the Ultimate Fighting Championship in order to promote his family. The events were well received and served their purpose however they weren’t really the financial powerhouse the UFC is today. Rorion, being a lawyer by trade, also tried to trademark his own family name hoping to prevent any other members of the Gracie family from using the Gracie Jiu jitsu name in the USA in turn making the term Brazilian Jiu Jitsu mainstream.

This move produced a number of feuds in the family. One other noteworthy event to mention is how he treated his own brother Rickson Gracie. According to our very own review of Rickson Gracie’s biography:

Rorion sorted the papers for Rickson to move his own family to California. As Rickson didn’t speak English at the time, he was completely reliant on Rorion when it came to account deposits and many other details of modern living. While Rickson started gaining followers, his checks had stayed the same.

“I was supposed to give my brother all of the money I made teaching, and he was supposed to pay all of my expenses. But as my following grew larger and  the checks got bigger, I was not seeing any more money. Our relationship hit a new low when he told me that he might take away my green card if I didn’t follow his orders.”

Things only got worse since Rickson started being managed by his ex wife – Rorion went on to forbid most of the family from cornering Rickson in Japan. The only person that would go was Royler.  And Rickson’s ex wife did a great job securing payments from Japan. While the UFC’s first event offered a winning purse of 50k, Rickson had secured 50k just for showing in his first fight and another 50k for winning. And with each subsequent fight the winnings would double.

Suffice to say people were not pleased with the initiative and followed up with these comments: 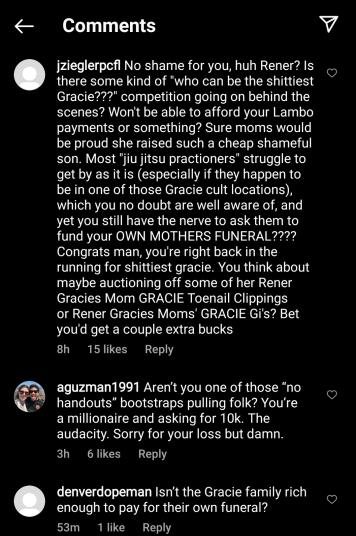 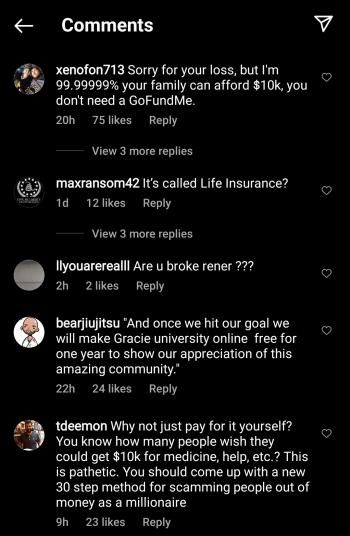 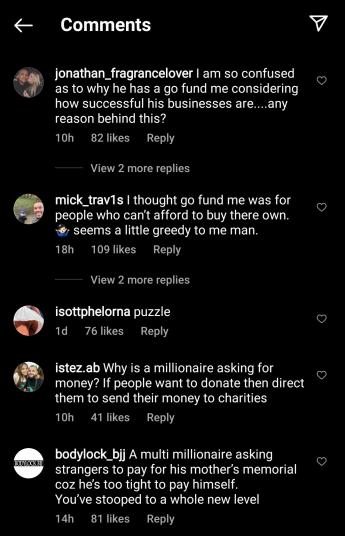 And last but not least – Gracie corners a number of UFC fighters as well as Hollywood actors for what’s likely a hefty fee/percentage of their purse. 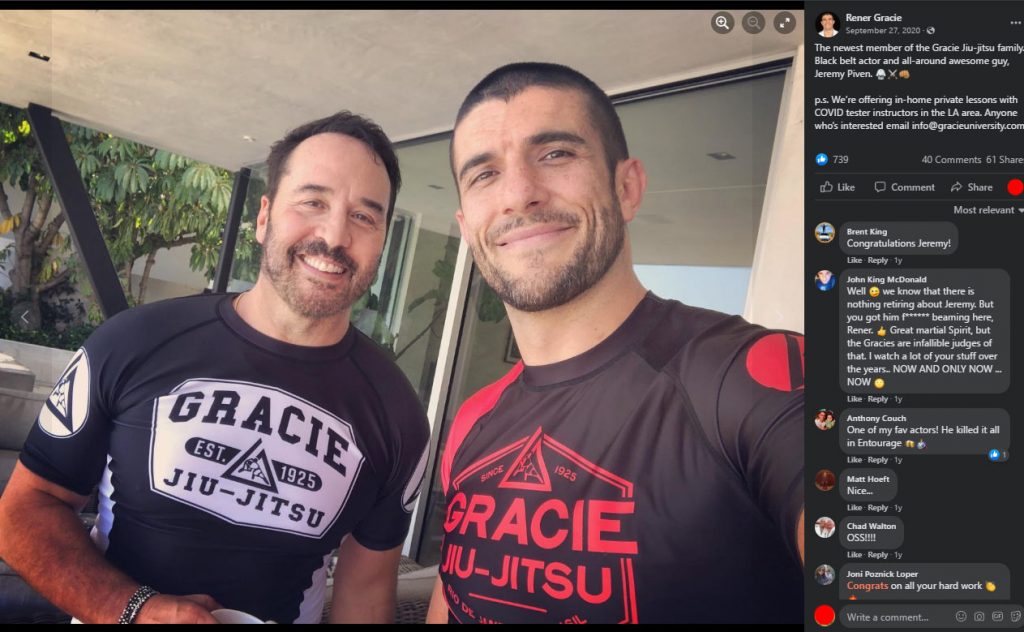 We received an email that points out a different perspective on the incident. We opted to publish the contents of the email and obscure the sender’s name as to not bring them any negative publicity. Here’s what they wrote:

“I sadly read the comments chastising Rener Gracie for a GoFundMe for a memorial. Yes, Rener could easily pay for the memorial; however, that would not have allowed those close to the family to participate in the thoughtful memorial for Suzanne. To me , this is as gift of kindness to allow family and friends to share in the memorial. Rather than flowers, I’d much rather contribute to a memorial that will last far longer than a bouquet of flowers. Thank you Rener and the Gracie family for opening up the celebration of Suzanne’s life to us to share with you.”