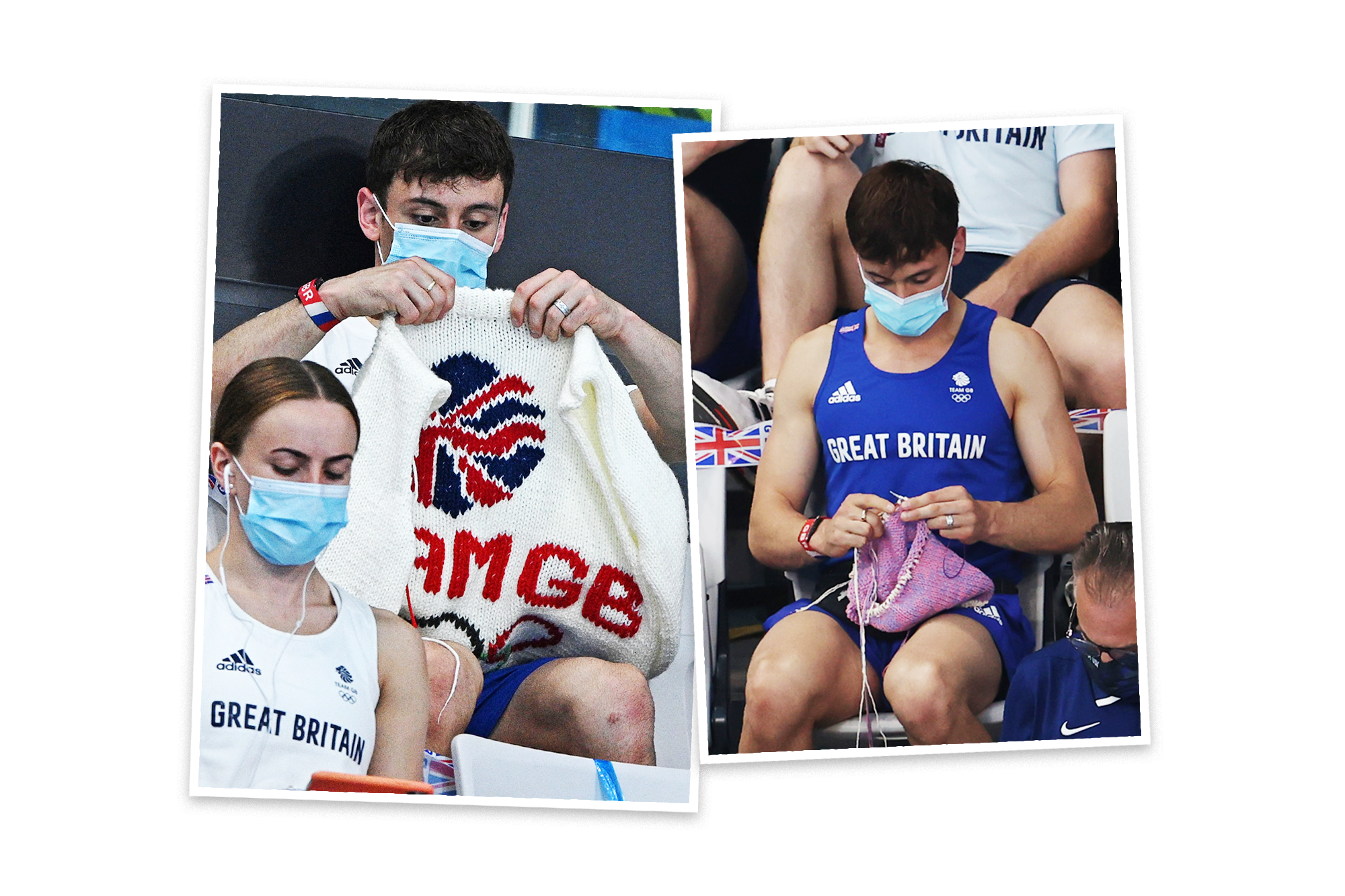 Olympian Tom Daley made his name by winning the gold in the synchronized 10 meter platform during 2020 Olympics. In addition to this his biggest claim to fame were the pictures of him knitting on the sidelines during the games in between events.

Daly was receiving the Sport Award at the 2021 Attitude Awards when he said this:

“And these past Olympic Games, there were more out LGBT athletes than any of the previous Olympics combined, which is a great step forward. Yet there are still ten countries that punish being gay with death, that were still allowed to compete at the Olympic Games.

And I think that is quite shocking to a lot of people, because I know I’ve spoken a lot about that, but at the same time, it’s all well and good to be able to speak about those things, but I think it’s really important to try and create change rather than just highlighting and shining a light on those things.

So, I want to make it my mission over the next, well hopefully before the Paris Olympics in 2024, to make it so that the countries that criminalise and punishable by death for LGBT people are not allowed to compete at the Olympic Games.

I am incredibly lucky to come from Great Britain, where I am able to be my true authentic self and compete without worry of ramification. And I feel like wherever you are born, you should be able to have that stress taken away from you. And for those 10 countries, where you can’t be yourself, I think they should not be allowed to compete at the Olympic Games, definitely should not be allowed to host an Olympic Games.

You know, but there’s, for example, the World Cup coming up in Qatar is, has extreme rules against LGBT people and about women. And I think it should not be allowed for a sporting event to host in a country that criminalises against basic human rights.”

Daly also thanked his partner and his family:

“I used to trace around my medals. And in the front of that book was a picture of me doing a handstand with the Olympic rings. And I’d always dreamed of becoming an Olympian. And since then, I’d always wanted to become an Olympic champion. And I think I just want to thank the most important person that actually helped me make that dream a reality. And that is my synchro diving partner, my work husband over there, Matty Lee, who is stood there.
Because obviously, in a synchro diving partnership, you can’t win an Olympic gold medal without your synchro partner. So, over the last few years that we’ve been doing synchro together, it’s been an amazing journey.
And I just want to thank you for not only being there as a diving partner, but being there as a best friend as well. It means a lot, so thank you, Matty. And then also I’d obviously like to thank my husband Lance for, and my son Robbie, for being there for me and loving me regardless of whether I was going to do terribly or if I was going to do really well, I knew that they were going to love me regardless. And that allowed me to fly higher than I ever thought would be possible.”

Daly was focusing on countries where its punishable by death to be gay. But there are at least 69 countries that criminalize being gay. Roughly 50% of that list consists of African countries. The list also features some countries that are thriving in terms of economy. Just last year Singapore  dismissed a bid to overturn a law that prohibits gay sex early last year.

And while Daly is free to be gay in the United Kingdom, a big chunk of this list consists of former British Colonies. According to one BBC article:

Out of the 53 countries in the Commonwealth – a loose association of countries most of them former British colonies – 36 have laws that criminalise homosexuality.

Countries that criminalise homosexuality today also have criminal penalties against women who have sex with women, although the original British laws applied only to men.

Death penalty is the legally prescribed punishment for same-sex sexual acts in Brunei, Iran, Mauritania, Saudi Arabia, Yemen and in the northern states in Nigeria.

Saint Vincent and The Grenadines