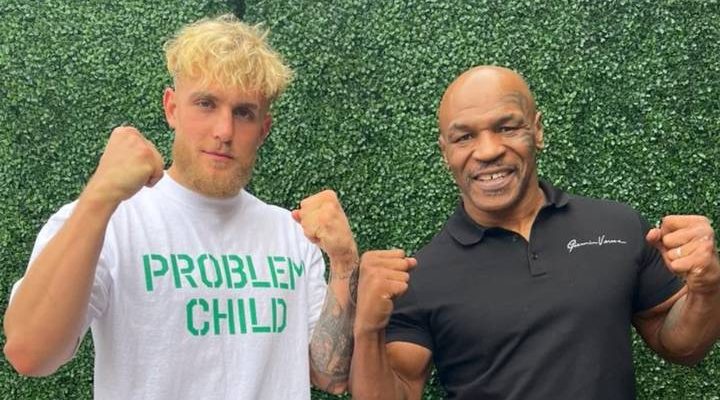 Tyson first talked about the possibility of boxing a Paul brother back in October on his podcast.

The whole idea originated on the Mike Tyson boxing when the heavyweight legend addressed the idea of matching either brother.

But when The Sun reported the two had reached a verbal agreement to have a boxing match Tyson was quick to deny – first on his social media and later on a podcast.

This is new to me. I saw Jake in St. Barths and he never mentioned it. https://t.co/eL01HDMdmr

Former UFC champion Michael Bisping believed no Boxing Comission would sanction a fight between Tyson and Paul who is 30 years his junior.

‘The [Paul] fight with Mike Tyson, there’s a good chance that won’t get licensed either,’ the ex-MMA star said on his YouTube channel.

‘When Mike Tyson came back and fought Roy Jones Jr, I believe that was in Florida because they couldn’t get licensed in Las Vegas.

‘Las Vegas is the fight capital of the world, the Nevada State Athletic Commissions that is one of the toughest to get licensed by.

“I’m not even interested in doing this stuff. It’s fun. If it was back when I first started, yes, and we were both fighting on the same card, we were both active, yeah I would do it. But it’s just turned out bad, it’s not going to turn out right.”