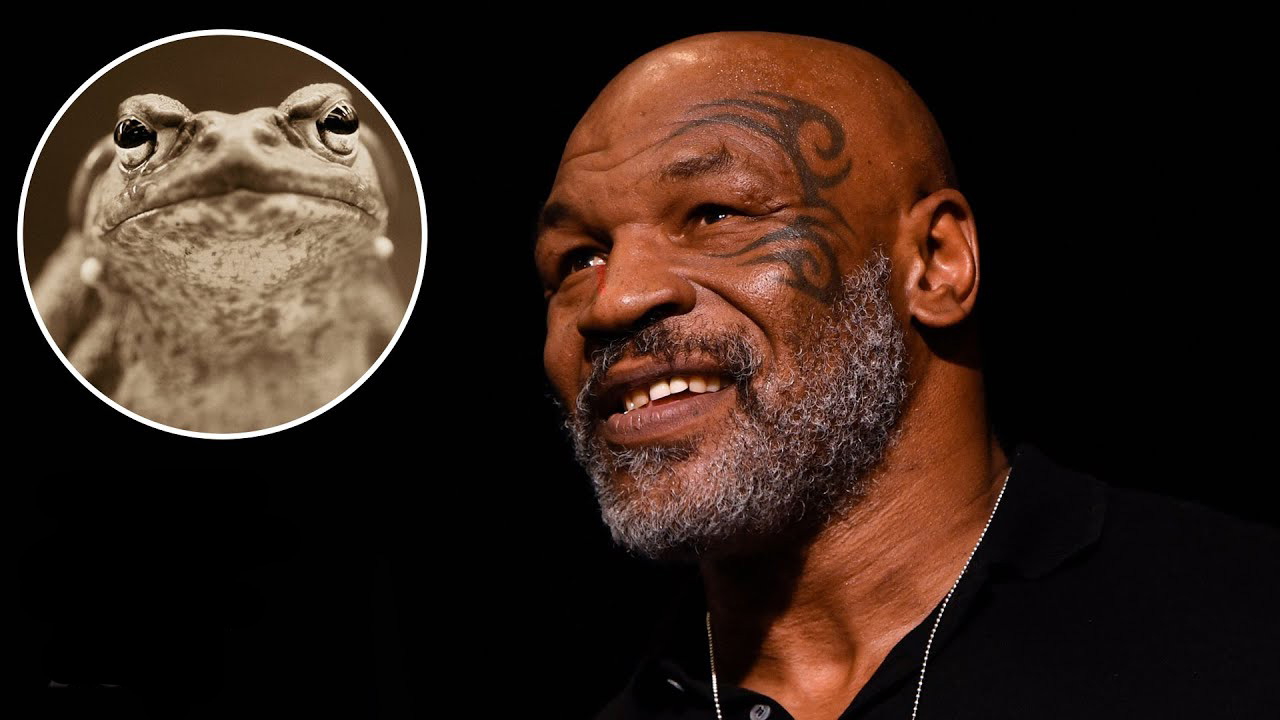 The world may know Mike Tyson as a boxer who stepped in the ring as a champion. But now he steps in the events as an entertainer first. During an interview with The Post at Wonderland, a Miami conference dedicated to psychedelics, micro-dosing, and medicine, he revealed another dark secret of his life. He stated that he almost died while smoking Toad Venom for the first time.

Tyson has said that toad venom made him feel ‘like you die and you’re reborn.’
The “toad” is Bufo alvarius, a Mexico amphibian known as the Sonoran Desert Toad. It spends seven months of the year in hibernation, but when it’s active, its venom can be smoked to produce a short psychoactive trip. Toads secrete this venom as a protective measure. It can cause death to any animal who attacks the toad. But it helps humans who are struggling with depression. Toad venom is illegal schedule 1 in the USA which means it can’t be used for any purpose except for research.

“In my trips, I’ve seen that death is beautiful. Life and death both must be beautiful, but death has a bad rep. The toad has taught me that I’m not going to be here forever. There’s an expiration date.”

Tyson added that he found this four years ago and at that time he was overweight. He had been drinking and and had abused substances. He was unhappy and lazy. This substance was introduced by an athlete to him, and Tyson tried it. Smoking toad has removed his big ego.

“I did it as a dare,” Tyson recalled. “I was doing heavy drgs like ccaine, so why not? It’s another dimension. Before I did the toad, I was a wreck. The toughest opponent I ever faced was myself. I had low self-esteem. People with big egos often have low self-esteem. We use our ego to subsidize that. The toad strips the ego.”

He is now spreading the word across the country in support of psychedelics. To support his cause, Tyson revealed that he has smoked toad 53 times since his discovery. Since then, he has lost over 100 pounds in three months. He is regularly spending his time with his family. He has made his return to the boxing gym.

“It has made me more creative and helps me focus,” he said. “I’m more present as a businessman and entrepreneur.”

Tyson is spending so much of his time in toad that now he owns a whole nursery of the amphibians at his farm in Desert Hot Springs in Southern California.

“People see the difference [in me],” he said. “It speaks for itself. If you knew me in 1989 you knew a different person. My mind isn’t sophisticated enough to fathom what happened, but life has improved. The toad’s whole purpose is to reach your highest potential. I look at the world differently. We’re all the same. Everything is love.”

Mike Tyson is currently working on two brands of cannabis. One called “Undefeated” and his ‘’Toad’’ line will make the list, not with the actual psychedelic venom. Cities like Denver, Detroit, and Oakland have started legalizing mushrooms which have ignited Mike’s hope for expanding his business in open markets. he’s invested in a biotech company named Wesana Health which is using psilocybin as a treatment for traumatic brain injuries.

“I’m fighting for psychedelics to become medicine you can buy over the counter,” he said. “I’m not finished. I want to do more. I want to be the best I can be in this field.”