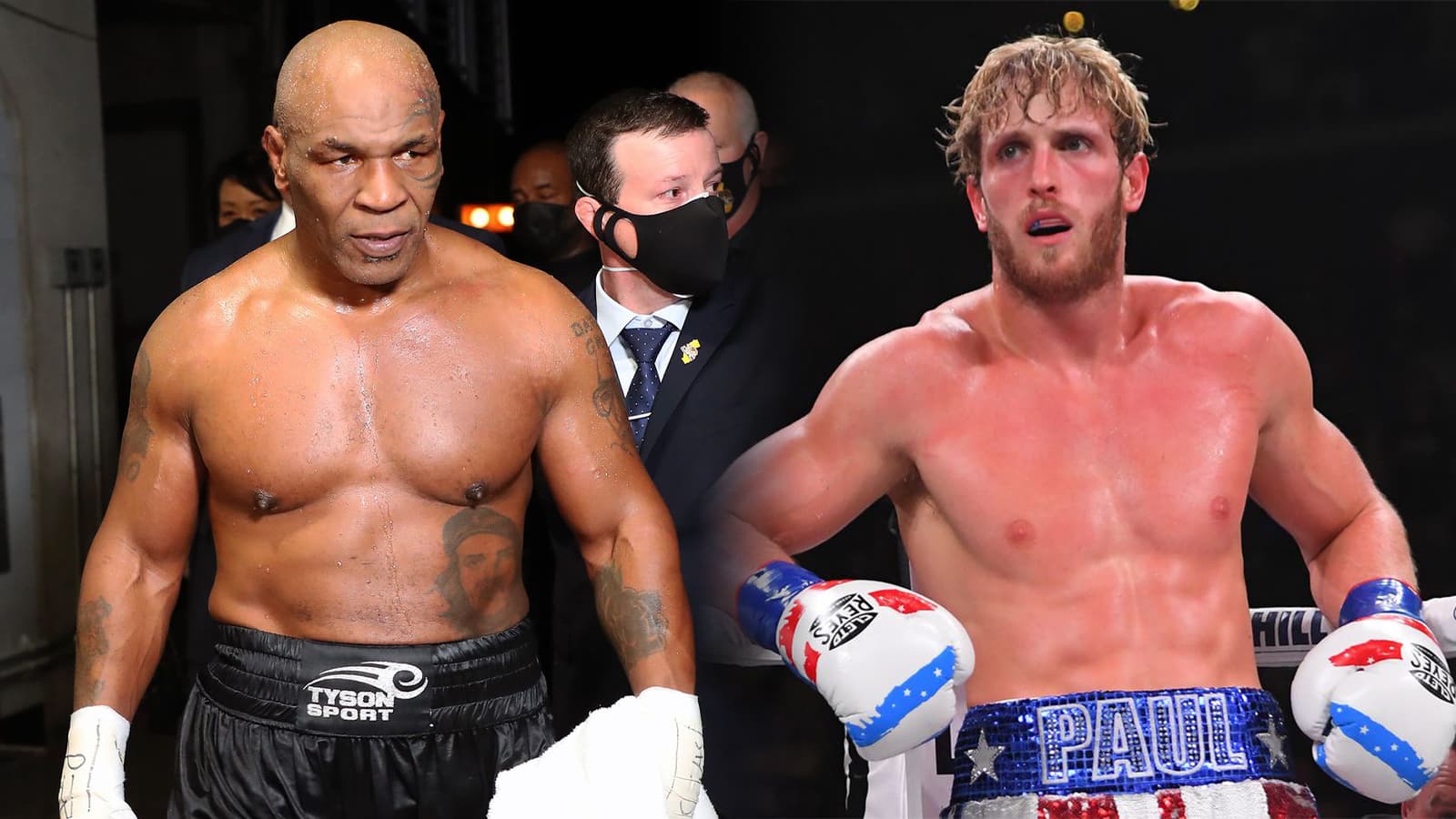 The infamous Paul brothers seem to be making a lot of noise in the media lately.

After competing with legendary Floyd Mayweather in an exhibition match in June earlier this year Logan Paul seems to be in high spirits. It’s widely speculated his next opponent is ‘Iron’ Mike Tyson.

Discussing his chances against the baddest man on the planet on his YouTube podcast ‘Impaulsive’ he claimed:
“Someone mentioned Mike Tyson, like how funny is it? One great at a time… my lawyer mentioned it, and he’s like, ‘No, Tyson will rip your head off, you don’t stand a chance.”

Plenty will disagree with Logan – because of Tyson’s size and weight. But also because Tyson showcased he was able to get back into shape when he fought Roy Jones Jr in an exhibition bout in November 2020.

Even at the age of 55, he looked sharp and ready to go to war. He came in an amazing physical shape which indicated that Tyson put in the hard work.

However, Logan Paul is vary of what Mike Tyson brings to the table. Tyson’s viscous hooks and right hands can still do considerable damage to a person as young as Logan Paul. When asked as to how he plans to handle the power of the former heavyweight champ he replied:

“Yeah of course, of course. He’s too old dude, he’s too old. Bro, I’ve got the reflexes of a cat like a young, quick feline, brother. I’m not super into dying. I try to avoid that at all costs.”

Meanwhile Mike Tyson laughed off the comments:
“Maybe. I’m an old man, you know? I don’t know what I could do now.”

But he is willing to fight Logan Paul. If this fight is to go down it will surely make headlines all over the world and could end up as a huge pay day for both Paul and Tyson.