Lia Thomas is a member of the Ivy League Swim team U Penn. Thomas has been on the swimming team for a number of years – but this season she had transitioned to the female team. Previous NCAA guidelines allowed for a competitor with her levels of exogenous male hormones to compete along side females.

The right of trans individuals to participate in women’s sports is a very controversial topic. Recently, the topic received yet another chapter as transgender swimmer, Lia Thomas, won her third Ivy League title with a record-setting effort. 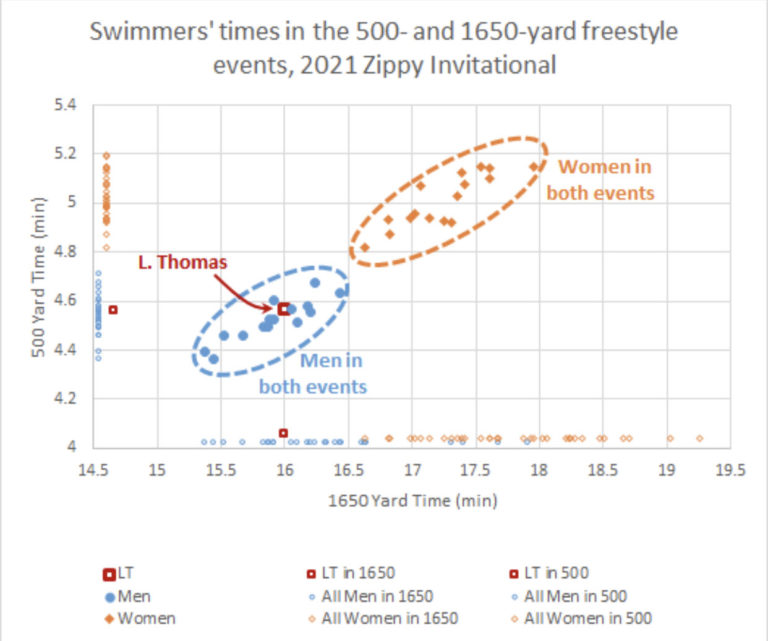 USA Swimming updated its policy February 1st of this year. They now require athletes like Thomas (male transitioning to female) who are competing at an elite level to have small levels of testosterone – reportedly half of what Thomas was allowed to compete with – for at least 36 months before being eligible to compete.

UFC fighter Jorge Masvidal recently joined the list of celebrities who condemned Thomas competing with biological females. Masvidal had a live Q&A session on his Rumble show and he touched on the topic of Lia Thomas and other transgender women in sports (via SportsKeeda.com).

“[Lia Thomas] is also not good for women’s sports,” Jenner said. “It’s unfortunate that this is happening. I don’t know why she’s doing it. She knows when she’s swimming she’s beating the competition by two laps. She was born as a biological boy. She was raised as a biological boy. Her cardiovascular system is bigger. Her respiratory system is bigger.

“Her hands are bigger. She can swim faster. That’s a known. All of this is woke world that we’re living in right now is not working. I feel sorry for the other athletes that are out there, especially at Penn or anyone she’s competing against, because in the woke world you have to say, ‘Oh my gosh, this is great.’ No it’s not.”