John Danaher is the head coach of the so called ‘Danaher’s Deathsquad’ one of jiu jitsu’s most controversial and successful teams right now. The DDS had since changed locations and renamed itself to New wave jiu jitsu.

If you ask anyone, Danaher is quite an unusual character.

For instance, he wears a rash guard everywhere, and I mean everywhere. Matt Serra infamously told a story of Danaher coming to his wedding in a rash guard whilst everyone else was wearing suits.

Danaher’s students are also very ‘controversial’ to say the least.

ADCC Champion Gordon Ryan has made headlines recently after making ‘inappropriate’ comments. In addition to this Ryan previously sicced  his followers on establishments that have provided him inadequate service. He is also big on commenting on the homeless issues in the USA and rarely shows remorse about the multitude of harsh attitudes he expresses on the daily. He’s also instigated a slapping incident with the head of ATOS school Andre Galvao.

But not all of Danaher’s students are controversial. Danaher has been a longtime cornerman of resident nice guy Georges St Pierre.

Often the controversies his students cause attract copious amounts of attention. There are also often comments about how he should talk them down from extremes and be the “voice of reason”. He played this role on at least one occasion – notably putting the feud with Marcelo Garcia’s academy to bed.

In a recent appearance on the Lex Fridman podcast, Danaher talked about a variety of topics alongside Georges St. Pierre and Gordon Ryan.

During the podcast Danaher shed some light on how he views the antics from his camp.

“I’ve never said to my athletes ‘Hey, I think this is the sort of demeanor you should carry yourself with.” 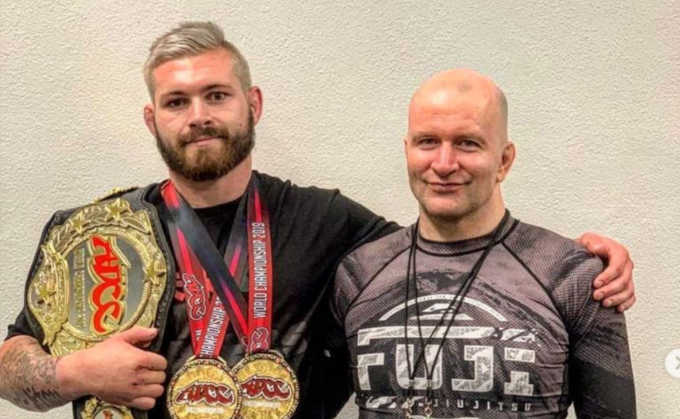 “I myself am a very flawed character. And I’m the last person on earth who should be delving out moral advice to other people.”

“Of course, I believe some things are off-limits. But as long as it’s done in the context of sport where no one is physically attacking people or doing anything crazy where it goes completely over the top I give almost zero moral advice to my athletes. I’m a Jiu-Jitsu coach, not a preacher.”

If you’d like to check out the entire podcast, here it is: