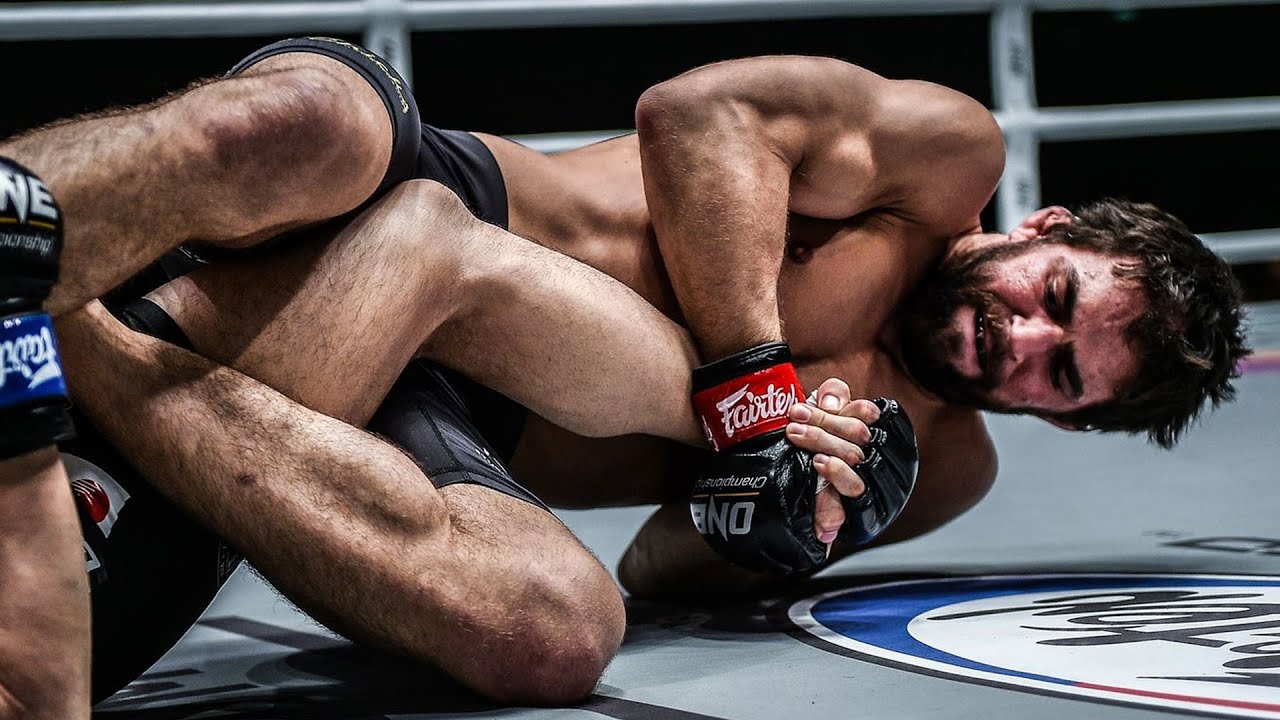 For MMA fighter and bjj ace Garry Tonon the pandemic came attached to plenty of complications. Before his team moved from the New Jersey area – and ultimately moved again before splitting into two fractions he first had to overcome the hurdle of his gym closing during the early days of the pandemic.

At the time he shared an emotional plea:

“While I am the type of person who is always looking to accomplish my next goal no matter what kind of road blocks I hit, I cannot help but feel depressed about my current situation. So much time and effort by many different people lost. So much material wasted. So many people disappointed. I broke my back for my whole juvenile and adult life to build something and now it’s gone. Many others broke their backs with me and I feel like I let them down. And that’s the craziest most frustrating part of all of this. THERE WAS NOTHING I COULD’VE DONE TO PREVENT THIS. That fact should comfort me but it does not. There is so much sadness and rage in my heart. Whenever I would get into trouble at my grandparents house, my grandfather Edward Leithauser would always pull me aside and recite to me the Serenity prayer. It goes something like this “Grant me the Serenity to accept the things I cannot change, the Courage to change the things I can, and the Wisdom to know the difference.” I didn’t understand him until after he died. I just thought he was just a crazy old man. At his funeral I reflected on those words and finally for the very first time understood them. He was literally giving me the secret to solving all the problems I would have in my life. He changed my life. I’m not particularly religious anymore, but those words ring true no matter what you believe in. I can’t help but ask myself in this moment though “What about what’s happening right now can I actually change? ” There’s a simple but emotionally devestating answer. I can’t. In this very moment, there isn’t a single thing I can change and that’s terrifying. All I can do now is look to change my future because there’s nothing that can be done in my present situation. It’s very hard to admit defeat, it’s very hard to surrender, but sometimes all you can do is live to fight another day. That’s exactly what I’m going to do. With tears in my eyes and fire in my heart, I will walk forward to an uncertain future. My teeth and fists clenched I will be ready to fight for what and who I love. I won’t be alone in this fight for my future. Many will walk beside me and we will rebuild together. Love you all goodnight”

Brunswick BJJ was ultimately forced to close- and shortly after switch locations. It would go on to reopen in October of 2020. Tonon was subleasing the gym, however and the primary leaseholder went bankrupt/defaulted.  This prompted Tonon to be very outspoken and very pro civil liberties on social media.

The club would be rebranded as Garry Tonon Jiu Jitsu and Tonon would go on to relocate to Puerto Rico and subsequently Texas. But all along Tonon was also an active mixed martial artist under contract with ONE FC.

It turned out the pandemic was throwing a wrench into more than just his gym. Due to restrictions in Singapore – Tonon was unable to book a date to try and win the Championship title. Time came and went – with Tonon eagerly waiting to challenge Thanh Lee. As it stands the championship fight is booked for December 5th 2021.

But in order to comply with Singapore regulations ONE FC adopted, Tonon had to get vaccinated. 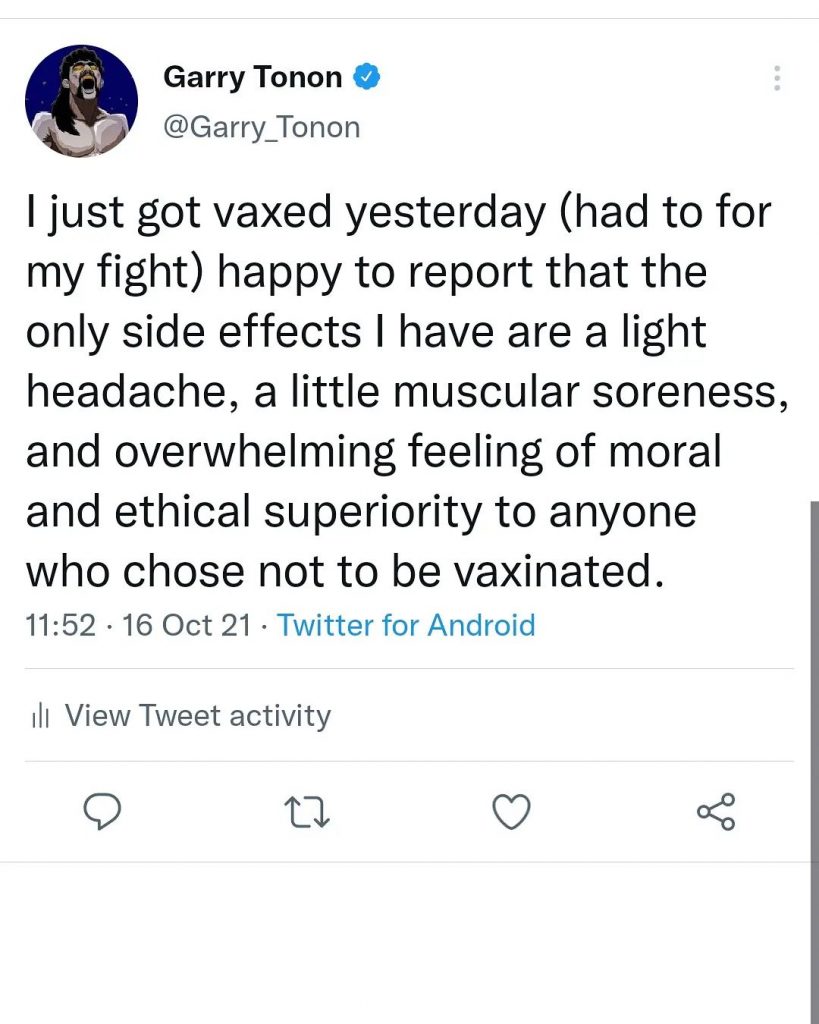 And while Tonon kept his sense of humor about the situation – some of his followers were not so kind. In fact, some downright required a stern talking to. Talking to that mouthy Tonon delivered without a hitch:

Suffice to say Tonon’s perspective on the issue is interesting. He went on to compare his professional career to that of a prostitute saying:

“I’ve been whoring myself out since the day I became  professional athlete. Every day I fight train or compete I am putting my body at risk for money. I would argue I put myself in an even more vulnerable position for money than a prostitute because there is a far greater risk of bodily injury traiing for a fight on a daily basis than there would be if I was having sex for money. I’m proud to be a w***e. Everyday I do something that gives me the sense of purpose and pushes me to get better, I get to put a smile on the face of a worldwide audience, and possibly even influence them to believe in or improve themselves.”