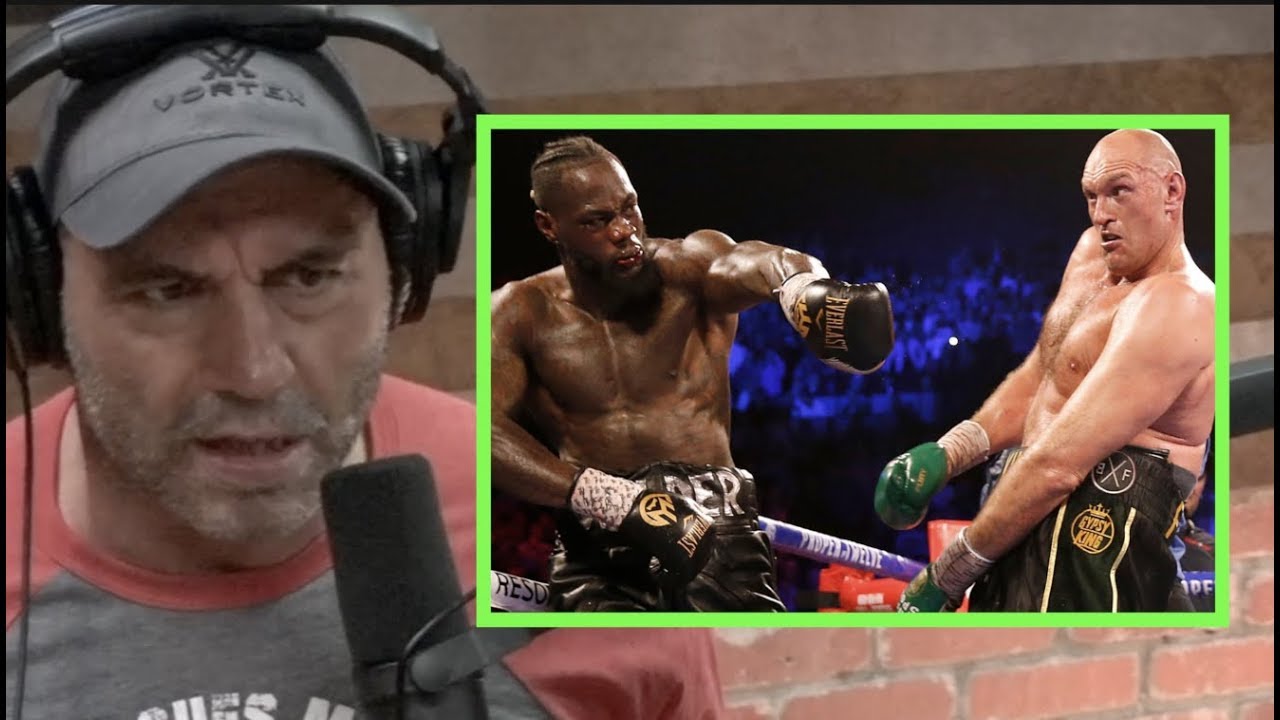 Joe Rogan has never been afraid to weigh in on the intricacies of fight sports – that is unless it’s about fighter pay or one of those dicey doping situations involving high profile stars. Nevertheless internet commentator and media giant Rogan recently weighed in on Deontay Wilder vs Tyson Fury 3.

According to Rogan, and many of us watching at home the boxing classic fight featured something very peculiar. During the 4th round Tyson Fury hit the floor following one of Wilder’s better strikes – but the count was not exactly according to the rules.

“There was some controversy about this fight and one of those controversies was the extremely long count when Tyson Fury went down,” said Rogan.

“So if you’re at ‘One, two,’ and then you’re like ‘Go to a neutral corner,’ that guy is supposed to be like ‘three, four, five,’ but he didn’t. He (the ref) went back to it, ‘three, four,’ but the guy had already been down for a couple seconds. Without a doubt, it was a long count,” Rogan continued.

“It’s one of two things. It’s either a mistake, and the guy made an error… I think it’s an error, or corruption. Most likely an error, most likely the guy’s panicking,” Rogan said.

The video evidence seems to support Rogan’s take. The referee Russell Mora can be seen stopping the count to tell Wilder to stay in a neutral corner – and then resuming the count instead of picking it up where the time was currently. 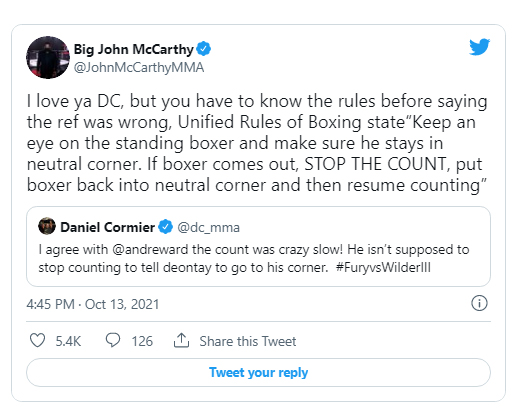 “I love ya DC, but you have to know the rules before saying the ref was wrong, Unified Rules of Boxing state “Keep an eye on the standing boxer and make sure he stays in neutral corner. If boxer comes out, STOP THE COUNT, put boxer back into neutral corner and then resume counting.”

Here is the rule as written in the Association of Boxing Commissions and Combative Sports, “Regulatory Guidelines and Rules For All World and Regional Championship Bouts:”

So while the takes of Daniel Cormier and Joe Rogan are valid to a certain extent the referee did exactly what he was supposed to according to the Unified Rules of Boxing.