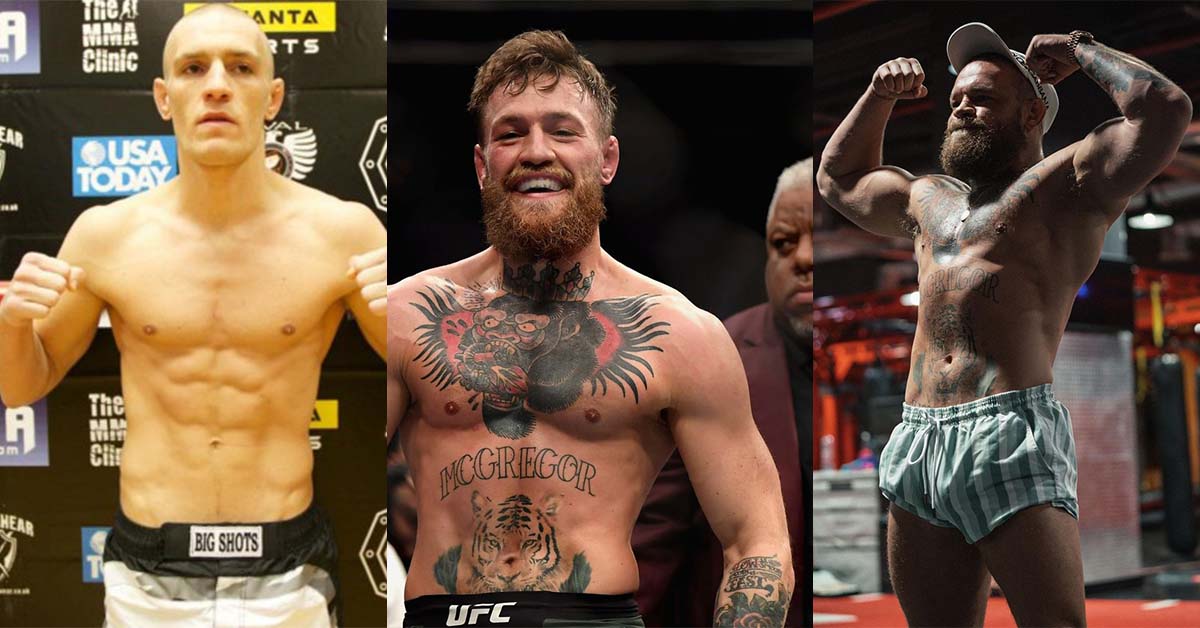 Conor McGregor looks pretty “swole” as of late. The former featherweight champion of the UFC all but certainly can’t make that weight any more. This has been a trend for McGregor in the past couple of years – with him weighing in 170lbs for multiple fights in the last several years.

In the latest set of photos released by the former champion himself – he looks evenbuffer.  McGregor posted a series of photos with fiancée Dee Devlin showcasing their transformation. This is no doubt attempt to hype up his McGregor fast program.

Judging by his current shape, McGregor didn’t look like to be within 155lbs nor did he look like he could make this weight. As a reminder this is the threshold of the weight division he was fighting in most recently.

It is rumored that the Irishman walks around 180 lbs in between his fights.

McGregor became worlds biggest MMA star thanks to starting way back in 2013 and being very media savvy.

Since then, his weight has been up and down all over the place. He registered himself in a featherweight division and weighed in at about 140lb against Marcus Brimage. In 2016 he climbed up to the lightweight division for his fight against Eddie Alvarez. He became a two-division champion of the UFC on that night. It was his last victory in the lightweight division. He would go on to fight another lightweight contender in Cowboy Cerrone – at 170lbs back in 2019.

There was again a change in his weight when he took the big money fight against Floyd Mayweather. He made his boxing debut in a match with a leaned body – weighing in at 153lbs. He was back in 155lb vicinity for his two fights against Dustin Poirier. Now he appears to be heavier than 170lb.

It is still unclear whether he is going to compete in the lightweight division when he makes his comeback to the octagon. His head coach John Kavanagh gave an update regarding the recovery. During an interview with Submission Radio, he said:

“He’s going to be back on the mats now in the next couple of weeks with me. He’s doing a lot of strength training at the moment. The guy’s jacked, I think he’s going back as a middleweight. But he’ll be back on the mats with me shortly. We’ll start off with combat sports training again… Look, we’ll start with drills and I actually joked and I said, ‘Look, I’d rather if we just start off with some techniques, some drills, let’s see where you’re going.’ And he’s like, ‘No, I’m gonna do five by five (five rounds and five minutes), that’s what I’m going back to do.'”