Israel Adesanya was recently spotted again with a visibly swollen asymmetrical chest ahead of his showdown at UFC 281. The reigning middleweight champion got mercilessly mocked by fans and accused of using PEDs with the re-emergence of the medical condition.

Israel Adesanya is set to headline UFC 281 on November 12. He will face his longtime rival from Glory Kickboxing Alex Pereira.

Israel Adesanya met Alex Pereira back when they were still competing in Glory kickboxing. Pereira is 2-0 against Adesanya.

Adesanya is getting trolled by fans due to his swollen chest condition aka Gynecomastia.

Gynecomastia is an abnormal non-cancerous enlargement of one or both breasts in males due to the growth of breast tissue as a result of a hormone imbalance between estrogen and androgen.

UFC contenders Dan Hooker and Carlos Ulberg who will also feature at the event shared a picture of them on Instagram training together. Fans were quick to jump in the comment section to make fun of Adesanya.

They wrote comments such as “T*ttysanya is back” and “Gynobender is back”. One fan also wrote, “The picture is strong really. But what’s that on Izzy’s chest?”

This is the second time Adesanya has been criticized for the condition. This is due to the fact that it’s typically associated with PED use. While it’s impossible to say definitively if Adesanya got it as a result of abusing PEDs it’s likely getting seen again because of aggressive weight cutting.

In some of his previous bouts, Adesanya cut weight less aggressively which significantly reduced how obvious the condition was.

Israel Adesanya reached a unique landmark. He was awarded his USADA letterman jacket after he passed the 50th test for PEDs.

“When you’re great, they talk about tittie-gate.” Adesanya told reporters.

“They just need to find excuses to take away my greatness. I understand that this is what people are supposed to do and I let them. Look, I will give $3M to anyone who can have concrete evidence that I even know what the f*ck I’m doing with ste roids or how to take ste roids.” 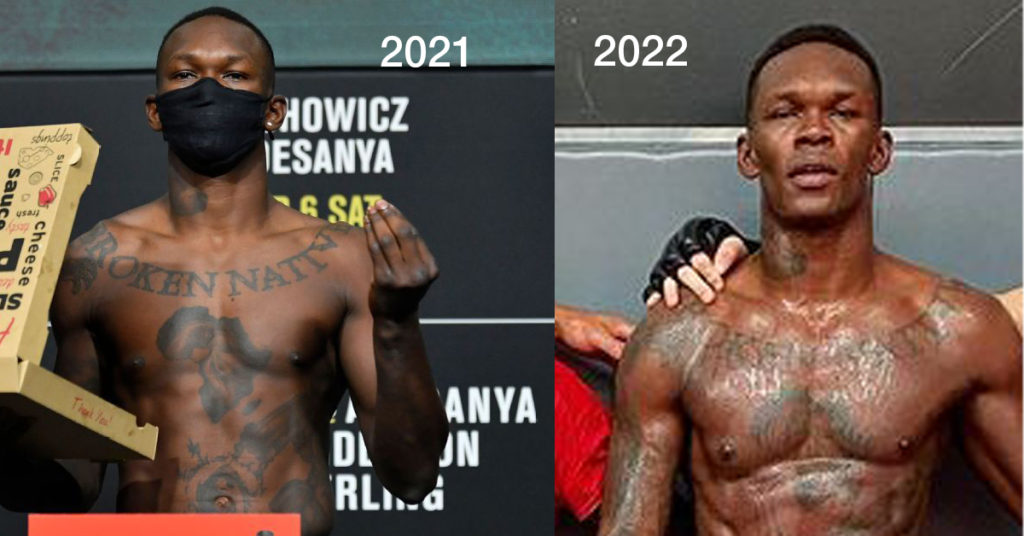 Adesanya is also clearly sensitive about it. In the latest snap shared from their training camp, he has his hands strategically placed in front of his chest. 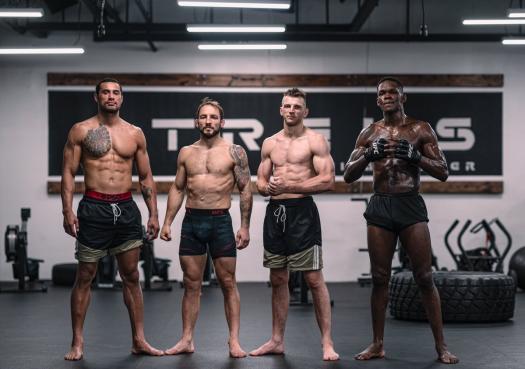 Adesanya previously blamed pot is the culprit for him developing this condition.

‘My pituitary gland was checked, hormone levels are fine, so are estrogen and testosterone [levels],’ he told TMZ Sports.

‘Yesterday we had an ultrasound and a mammogram, I had one for the first time. To be honest, it might have been the unhealthy living a little bit.

‘Like smoking weed, that’s what the doctor from the UFC said. He said I need to stop but I said I’m not stopping. I’m just going to slow down on the smoking weed.’