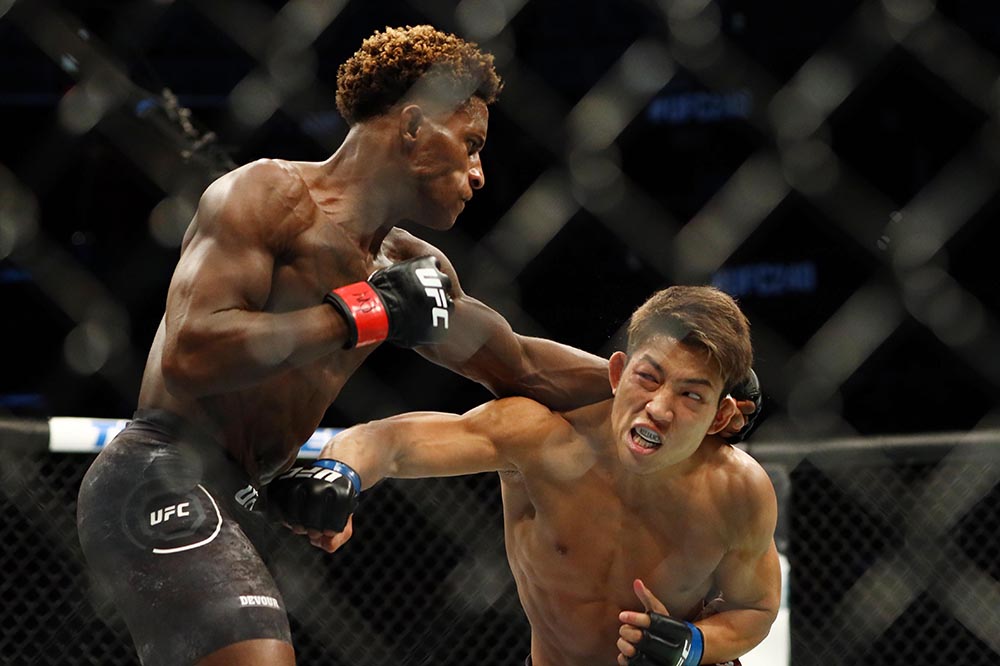 UFC has done everything they could to dissuade the public of the notion that their fighters are underpaid. This is in spite of many of the fighters sharing they have had to keep their day jobs, that they can’t afford medical treatment and often have miniscule amounts of money in their account when they go on to fight.

Former UFC fighter Yoshinori Horie recently revealed he had to resort to an extreme to finance his MMA career.  Horie is currently employed at Rizin but in order to get to this point where it’s a viable career for him he had to endure quite a lot.

As an MMA newbie Horie couldn’t afford money for training. He recently shared on twitter:

“Five years ago, when I was with a friend, I was told that I could get money just by ha**job in Shibuya, but I followed him, but I thought it was like that AV! Lol I was told to hide my face with a solid mosaic and it was explained that it was not like that, but I was deceived in various ways lol I didn’t have the money and I really wanted to do martial arts on my own!

“I got 20,000 yen in less than an hour, but it was pretty big! I was able to face martial arts in a short time, exceeding the amount of 2 days of part-time work that I do for 8 hours while standing!” 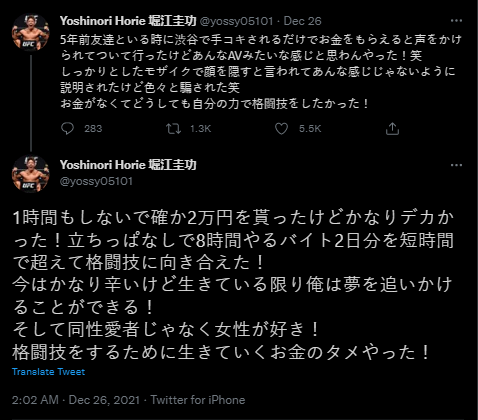 While this may come as a shock to the casual viewer – UFC fighters are typically paid out of only 16% of the amount of revenue a card brings in. It’s by far the most lucrative professional sport for the share holders and quite likely the least for athletes.

This type of payment structure meant Horie would engage in a homosexual act in spite of not being a homosexual. It was all so he could pursue his dream. Horie is ashamed of having engaged in this behavior now:

“It’s pretty painful now, but as long as I’m alive I can chase my dreams! And I like women, not gays! I’ve done the money to live to do martial arts.”

Horie’s record currently stands at 12 wins and 3 losses and he’s able to leave the sex work behind. His run in the UFC had ended in 2019 after a single loss in the UFC. He is currently on a 3 fight win streak.