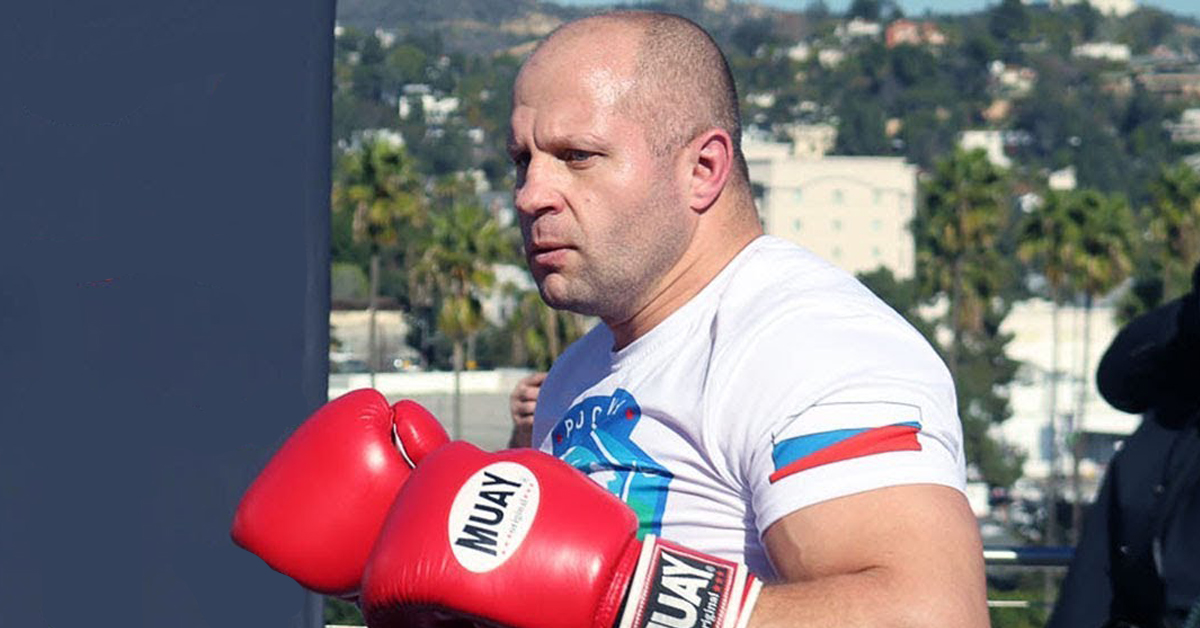 Several MMA fighters made their boxing debuts during the past year. For the majority of these – it’s about the money.

Fedor Emelianenko is currently in Bellator and ranked no.3 in his division. The 45 years old during an interview with Tass.ru, expressed his desire to accept Roy Jones Jr’s proposal for a boxing match. Considering he’s at Bellator – this isn’t an either or situation like it is for almost everyone (bar McGregor) on the UFC roster.

Emelianenko  became the latest MMA fighter to express interest in a boxing match. Before him, Anderson Silva entered the boxing ring and is having a successful run. Ben Askren and Tyron Woodley appeared to want to shut the mouth of the YouTube sensation Jake Paul and be quickly rebuffed. Conor McGregor faced Floyd Mayweather in an entertaining money fight.

In an interview, Emelianenko noted:

“I have great respect for him as an athlete, a person, like a legend. He is one of the most outstanding boxers in the world of all time. Of course, it would be a great honor for me to perform in such a fight. I am interested in such fights. There are a few things we need to do—we need a promotion that is ready to organize such a fight. We also need to discuss the terms.”

Fedor currently holds a record of 40-6-1 in MMA. His recent victory was against Timothy Johnson at Bellator 269. He hinted that the potential fight might be an exhibition, “We probably will not fully commit to strikes. But even without committing to punches, Roy can show everything he is capable of. Hopefully, I won’t pale in comparison.”

Jones Jr. took part in an exhibition bout against the legend Mike Tyson in November 2020 which resulted in a split draw after the eight rounds. Both Fedor and Jones Jr. have passed their prime. But Fedor assumes that boxing/MMA fans would be excited about the proposed exhibition bout. Fedor further revealed to train with Denis Lebedev, a former unified cruiserweight world champion. He would like to evaluate his capabilities against one of his ideal fighters.

“I’m trying to be a trainer but obviously they want to see me in the role of a trainer as much as a boxer,” the 52-year-old said. “So right now, I don’t know. If there’s a good offer, then I’ll take it, and if not, then I’ll stay a trainer. I like it.”

“I don’t think I will have another fight with [Mike] Tyson. Now he’s getting ready to fight with [Evander] Holyfield. I would like a fight with Anderson Silva or with MMA legend Fedor Emelianenko, that would be a great exhibition fight. We’ll see how it goes.”

“I’ve retired, but if something good comes up… They called me about a fight with Glenn McCrory in Dubai. They pay big money there, so we’ll see what comes of it.”