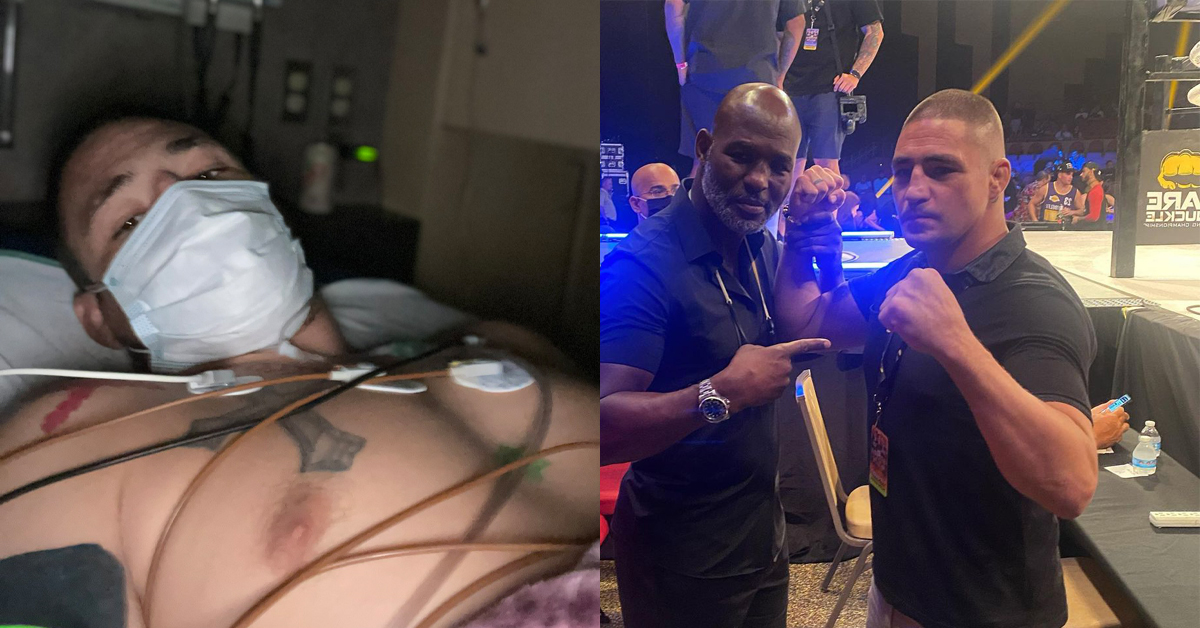 The UItimate Fighter 1 winner and UFC Hall of Famer Diego Sanchez has been hospitalized with a very bad case of Covid 19.

Recently, Sanchez tested positive for COVID-19. And pretty early on he revealed he is suffering from the bad symptoms.

Sanchez wrote on Twitter:
“Shi**ing, coughing, pukin, constant hot-cold fevers, pain in every joint, migraine, 5 days no sleep, and constantly short of breath. My boy @luisbaboon [Luis Palomino] warned me I had no idea it was this evil!!! @ColbyCovMMA [Colby Covington] was talking that sh*t saying it’s just a common cold. Salute (sic) for all the sick.”

Shitting, coughing, pukin, constant hot cold fevers, pain in every joint, migraines, 5 days no sleep and constantly short of breath. My boy @luisbaboon warned me I had no idea it was this evil!!! @ColbyCovMMA was talkin that shit saying it’s just a common cold. ??for all the sick

As a reminder Colby Covington dismissed Chimaev over being sidelined with the aftermath of the infection saying:

“You know Chimaev, he’s got to do a lot more work than get three fights in the UFC. You guys hype these guys up quick but let’s not forget he was put down by the common cold.”

But things took a turn for the worse for Sanchez – who was badly off 6 days ago – and is now suffering from pneumonia and blood clots in both of his legs.

Pneumonia Covid never give up pic.twitter.com/QshVGYiUvW

Blood clots in both my legs

Sanchez was quoted saying he would not be getting a vaccine years earlier during the height of his collaboration with former manager/guru Joshua Fabia in an appearance on the Mike Swick podcast. The two elaborated they wished to retire on a desolate mountain nearby if vaccines were to become a requirement. This was all prior to Sanchez’ last UFC fight – and his parting ways with the toxic manager.

“I’m trying to put my last touches of magic in the UFC, finish out those four last fights,” Sanchez said. “But if this is my last fight, it’s my last fight. I don’t know if UFC is going to last, what’s going to happen with the coronavirus or what’s going to happen with the current state that the world is in right now. So you have to be realistic about it and that’s why I say this may be my last fight because I don’t have any plans of getting a vaccine. Me and Joshua (Fabia) are planning on retiring in the mountains in the other side of the city in a safe place. So we’ll see what happens. I’ll never lose hope for humanity, so I just hope we can put it all together and get this (expletive) controlled.”

Sanchez also appears to be struggling with Oxygen saturation numbers.

In spite of the hardship – Sanchez is still not sold on the effects of the vaccine. He told this to one of his fans: 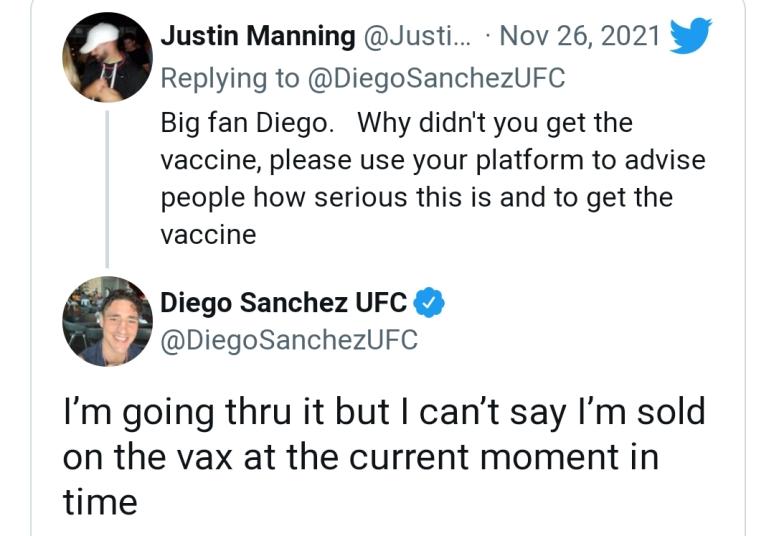