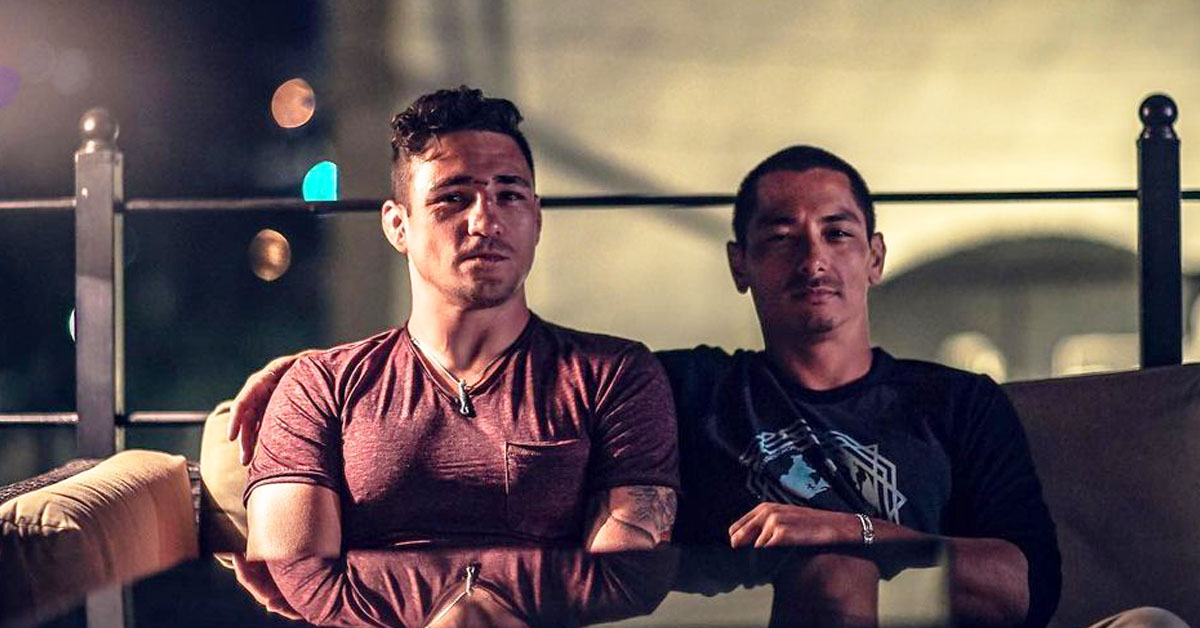 MMA Community can breathe a sigh of relief today, it seems that Diego Sanchez has parted ways with his toxic coach Joshua Fabia.  The news was confirmed by mmafighting via Diego Sanchez attorney Charles Latkins:

“Any power of attorney that Fabia had has been rescinded/terminated,” Lakins said.

Fabia has been working with Sanchez since February 2019. Fabia officially replaced Jacksonwink coaching stuff in Diego’s corner in July of the same year. Right away, there were alarming reports about the new man in Sanchez’ life however given Sanchez’ history with alternative medicine nobody really took it seriously until the Michael Chiesa fight.  Following the fight Chiesa revealed he was alerted that Sanchez would try to pull of a stone cold stunner on him.  There was also a report by UFC Fighter Emil Meek detailing a training with Sanchez and Fabia during which Fabia was chasing the fighters in a cage with a machete in a misguided attempt to motivate them.

Things would not get better for Sanchez in his next fight. Sanchez was down on the score cards when Michele Pereira delivered an illegal knee. Since Sanchez indicated he was unable to continue the fight, he was declared victorious. Now the real media storm was starting. Fabia and Sanchez went on a press tour justifying Sanchez’ choice not to continue and alienating media in the process. Fabia was frequently asked about his credentials and given several reality checks.

During the press tour youtube channel BJJScout provided a thorough in depth look at Fabia and how he came to corner Sanchez in the first place. It appeared that Fabia had a Sistema background and had certificates of several questionable martial arts schools. This was quite a hot topic in February of 2020.

Fast forward to 2021. Sanchez was to have a retirement fight against Donald Cowboy Cerrone this May. However late last month the news broke that Sanchez was paid as if he won the fight and released from the promotion. In the fall out from the release, Sanchez and Fabia went on a series of podcasts where they made a series of accusations toward the UFC. Most notably Sanchez and Fabia accused Dana White and Sean Shelby of bedding female fighters. In these guest spots the duo was also highly critical of how UFC treats fighters who are likely suffering debilitating consequences and a possible future diagnosis of CTE.

The same youtube channel that offered extensive background on Fabia, also provided an update. This time one of the biggest revelations was that Fabia had spent a total of 2 months in the army – likely not even finishing the training. In addition to this, it appeared that Fabia was going a bit overboard in managing Sanchez’ Onlyfans account. A series of posts with lascivious captions were revealed. 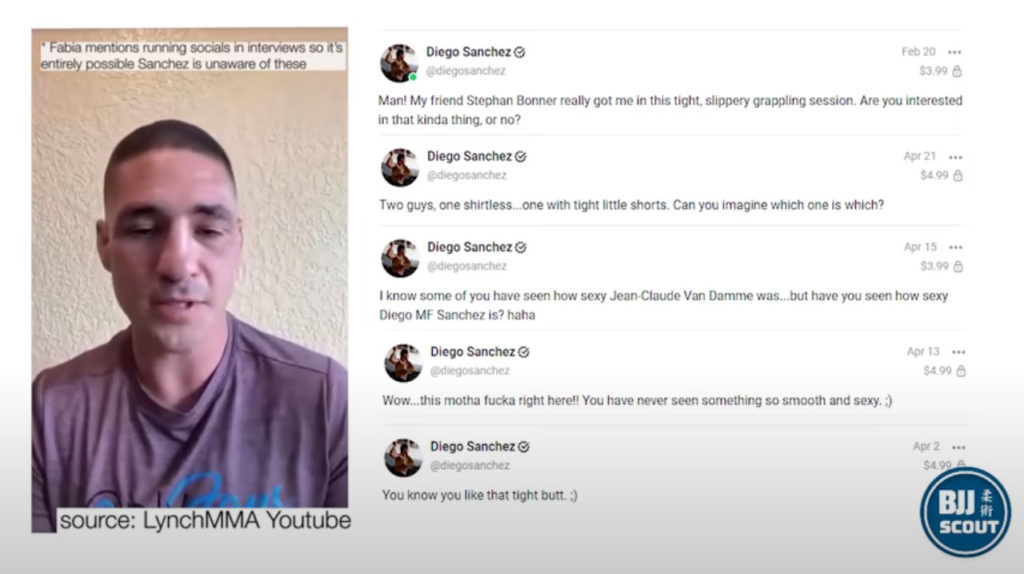 It’s hard to tell what made Sanchez dissolve his business relationship with Fabia. As of May 21st Diego Sanchez still follows both school of self awareness (Fabia’s school) and Fabia’s personal account on instagram. 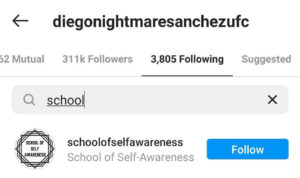 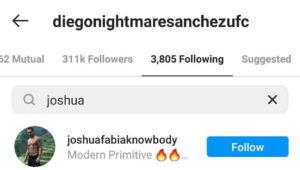 While Diego Sanchez provided no further comment than what his lawyer told MMA Fighting, Fabia was still exhibiting the same erratic behavior he had previously and story spamming on his business profile.

It is our belief this posting spree holds a potential clue as to what led Sanchez to sever his relationship with Fabia.

Joshua Fabia leaked an email exchange from 2018 where Sanchez’ then wife details concern for his wellbeing following a decision victory against Craig White.

These emails can be interpreted in different ways. However, it is our opinion that they indicate that the final straw for the relationship was the leaking of the damning video of Fabia “conditioning” Sanchez’ body for punches by striking and kicking Sanchez repeatedly while he hangs from the ceiling therefor causing unnecessary damage to him.

This is the video in question:

This video caused quite the controversy and was at one point retweeted by Conor McGregor. Ultimately the biggest documented reaction came from his former teammate Jon Jones who said:

Another consideration is the possibility that Sanchez didn’t like how he was being portrayed on onlyfans. As of today, May 21st 2021, the posts with tawdry captions are still up however more recent posts from the account are significantly tamer. 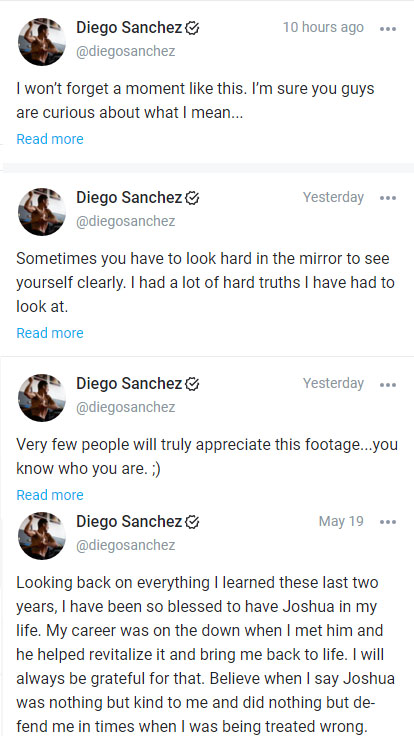 It’s hard to tell what ultimately crumbled the relationship however it is hard to not feel relieved that   UFC Hall of famer Diego Sanchez is no longer in the proximity of a self styled guru who was inducing or fueling his paranoia.