UFC middleweight Jack Hermansson recently shared that he had a training session with welterweight star Khamzat Chimaev. They trained at Frontline Academy gym ahead of Hermansson’s bout with Darren Till.

Darren TIll is a best friend and training partner of Khamzat Chimaev. He can be seen accompanying Chimaev for his bout at UFC 273. The pair became close friends after Till started to train in Chimaev’s gym. Due to that, it’s a bit odd that Chimaev trained with Till’s next opponent, Jack Hermansson.

Darren Till is slated to take on Jack Hermansson at UFC Fight Night event on July 24. They will feature as the co-main event in a middleweight bout, with both having a loss in their previous outing.

“Getting some rounds in with the wolf.” Hermansson wrote in the caption. 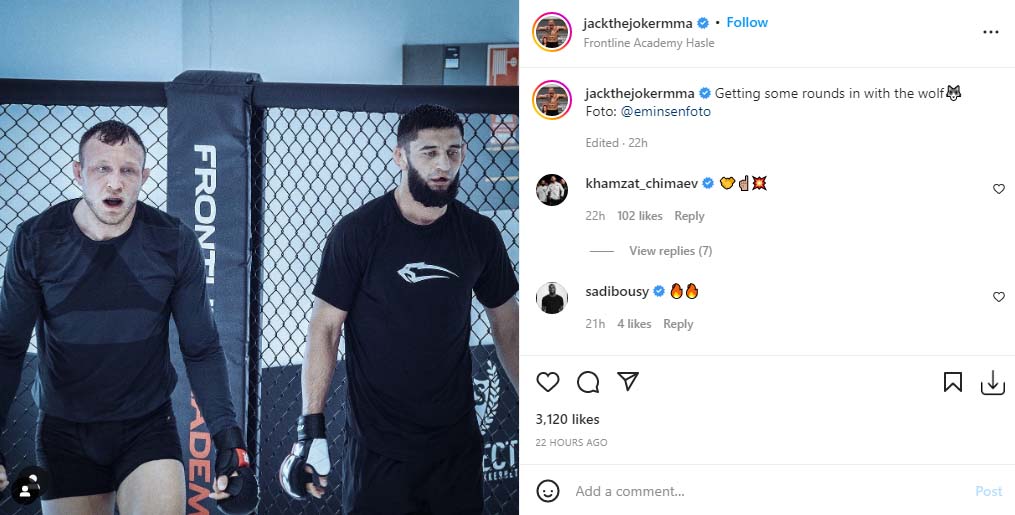 It may be somewhat surprising that Chimaev is training with Till’s opponent. However, Chimaev has been a friend of Hermansson before his friendship with Till developed publicly and is known as the ‘Smesh Bros.’ Chimaev and Hermansson have also trained together before this.

Darren Till will try to stop his losing streak in his return late July. His last bout was in September of last year against Derek Brunson. ‘The Gorilla’ had a title shot against Tyron Woodley in 2018. However, Till got submitted in the second round. He moved up to middleweight in 2019 and has gone 4-1 since he fought Woodley. 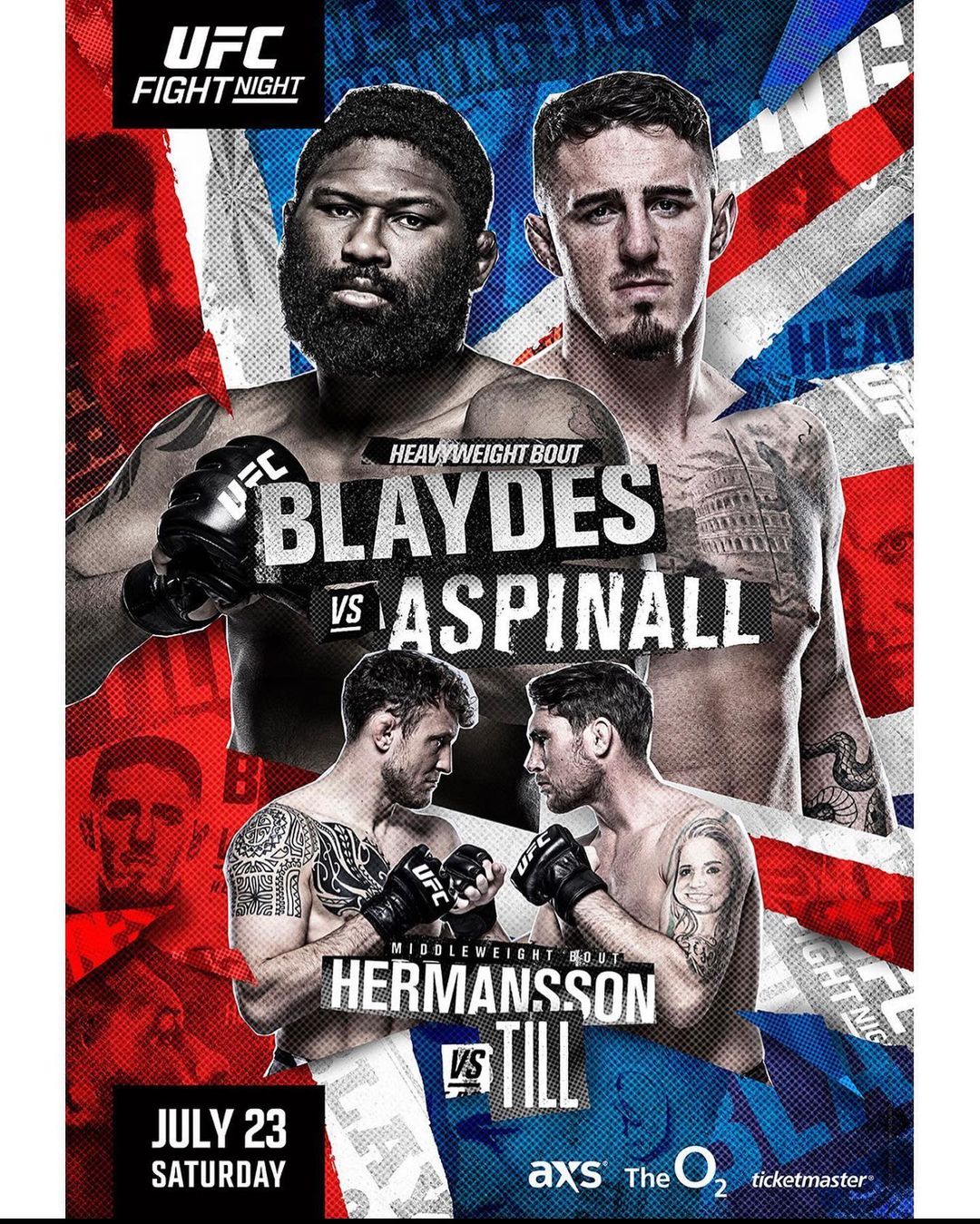 Meanwhile, Jack Hermansson just fought the rising talent Sean Strickland back in February. He was dominated for three rounds and all the judges’ scores favored the controversial athlete. ‘The Joker’ is now ranked number 7 with a total score consisting of 22 wins and 7 losses.