Amidst the Russian invasion of Ukraine, many Ukrainian athletes are supporting their country during the conflict.

Some, including Featherweight WBO champion Vasyl Lomachenko, even opted to enlist in the army and fight for their country’s freedom.

This is why it’s particularly surprising when an athlete from the country opts to obscure the national identity. This was the choice Nikita Krylov made this past weekend while competing on the UFC London card.  While most of the MMA community is protesting against the war it’s strange to see a Ukrainian athlete obscure his identity. 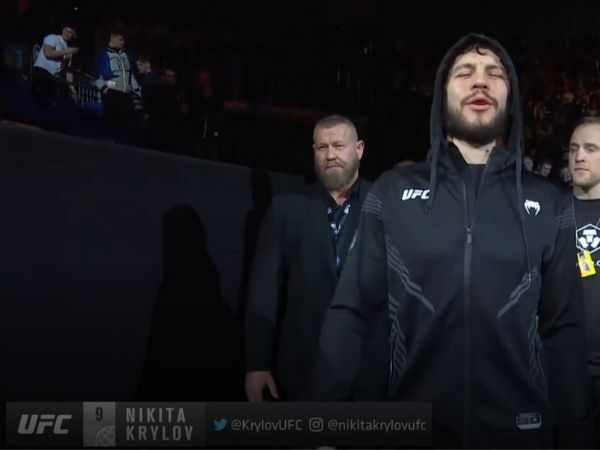 Nikita Krylov comes from Krasnyi Luch, a city of miners in the region of Luhansk. Later in his lifehe relocated to the region of Donetsk.

Both Luhansk and Donetsk are situated near the Ukrainian-Russian border and are a part of the Donbas region of Ukraine. Donbas region in particular has been a source of friction among the two nations for years.

Donetsk is a separatist region that does not identify as a part of Ukrainian territory. While internationally recognized as in Ukraine, the city is under the de facto administration of the Donetsk People’s Republic.

“When I see this, I have mixed feelings,” Krylov said regarding conflicts in his hometown some years ago.

During  weigh-ins ahead of UFC on Fox 14 in January of 2015, Krylov entered the stage wearing a t-shirt that protested against the civil war happening in his hometown. 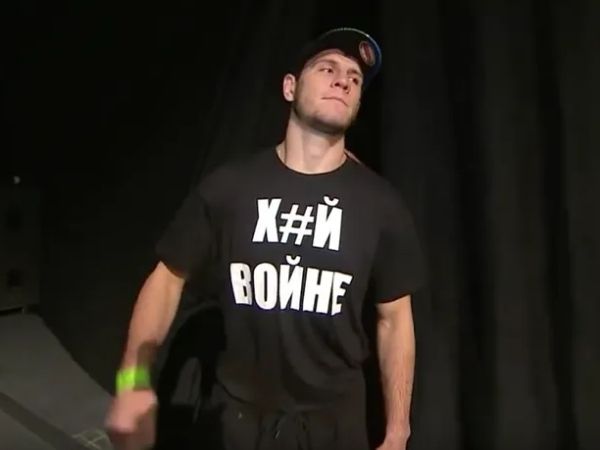 When asked about it in the past, Krylov was short and direct about how he felt.

“I feel that I am Russian,” Krylov said. “I feel the same as any resident of Donbas,” Nikita said about his home country’s conflicts.

“Unlike the rest of Ukraine, we didn’t seize a district or regional administration with guns. If our republic will be declared, I’ll be the first to stand in line for this passport.”

An Instagram post from his MMA Team “Fight Masters Donetsk” caused a revolt online. In the post, several armed tanks are sporting Russian flags, and the post’s hashtag read “своихнебросаем”, meaning “We don’t throw our own”.

During a round of post fight interviews Dana White was asked about obscured national identity of Krylov.

“There’s a lot of people who saw the broadcast, I was cage side so I didn’t see, but they were wondering why uh Nikita Krylov didn’t get the Ukrainian flag shown on him?