‘Lawler vs Macdonald 2’ is one of the greatest bouts in MMA history. It was a bloody battle between two underrated guys for the welterweight title.

Both had crimson masks on their faces but Macdonald had opened up a gash on the right side of Lawler’s lip, splitting it. 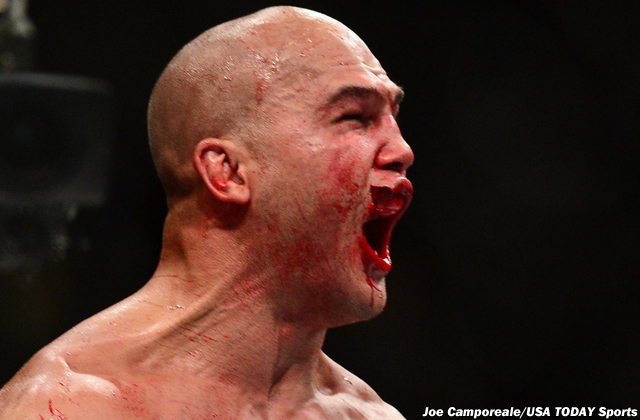 Like their first matchup, Lawler would get the win, but by knockout this time. He still did the post-fight interview with his lip’s condition.

Afterwards, both the warriors were hospitalized and treated instead of their other contractual obligations.