UFC Vegas 60 lacked star power but made up for it with, well blood. Both main and co-main event featured major cuts that threatened the outcome of the bout.

Middleweights Gregory Rodrigues and Chidi Njokuani squared off in the co-main event at the UFC APEX.

In June at UFC Austin, Rodrigues (12-4) defeated Julian Marquez by way of knockout. He sought to extend his winning streak and advance in the standings.

Thanks to some stellar striking from Njokuani, Rodrigues had to lay it all out on the mats because his time in the cage was numbered. 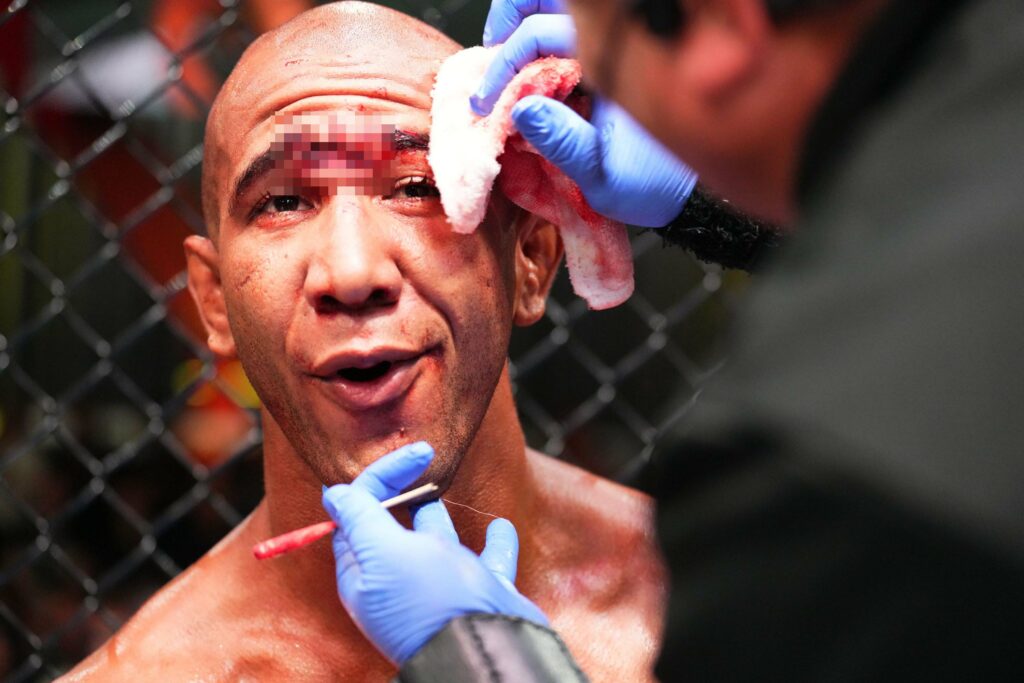 According to medical professionals, Rodrigues’ forehead cut provided access to his Supratrochlear artery – ie the vein in the center of your forehead.

Rodrigues felt the effect of the knee that opened him up immediately:

He told media afterwards:
“I remember, I know I was dizzy. [It] was very hard… I was a little like, man, what happened then as the blood started [to] come down… I was kind of blind try[ing] to figure out what happened. But man, like I said, I want to say thank you for my corners bro. My trainers, those guys are amazing, they did an amazing job… they started talking with me and I was [like] no no, let me calm down and I started listening [to them saying] move the legs and stuff like that… And then I think, I need to start something. I need to start like throw my bombs.”

In the end Rodrigues wasn’t too torn up about it – pun intended.