Browne illegally poked Mitrione’s right eye two times during the bout causing the bout to be stopped twice since he was having trouble seeing.

As a result, his orbital bone was broken and the eye was swollen shut from the swelling. The hematoma was the size of a golf ball while the rest of Mitrione’s face looked pretty much untouched. 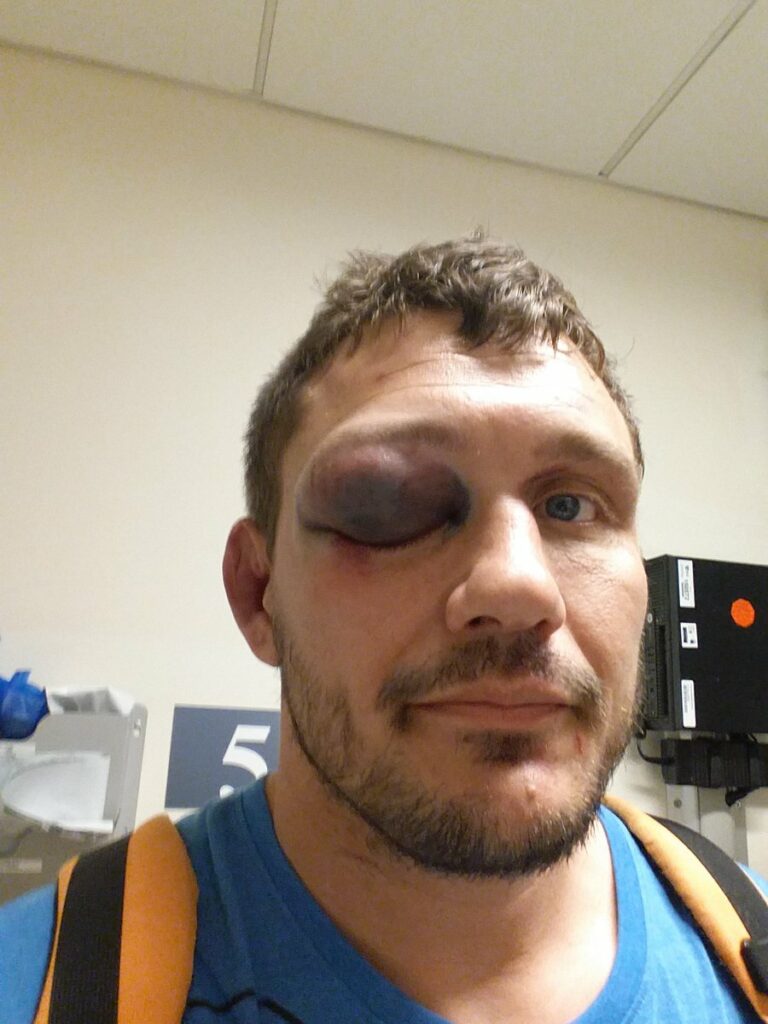 And to top it all off, his shoulder was also later separated thanks to Browne slamming him to the ground. Browne would finish off the grounded Mitrione and get a TKO win.

The bout was shrouded in controversy since Browne didn’t get a point deducted due to the second eye poke. 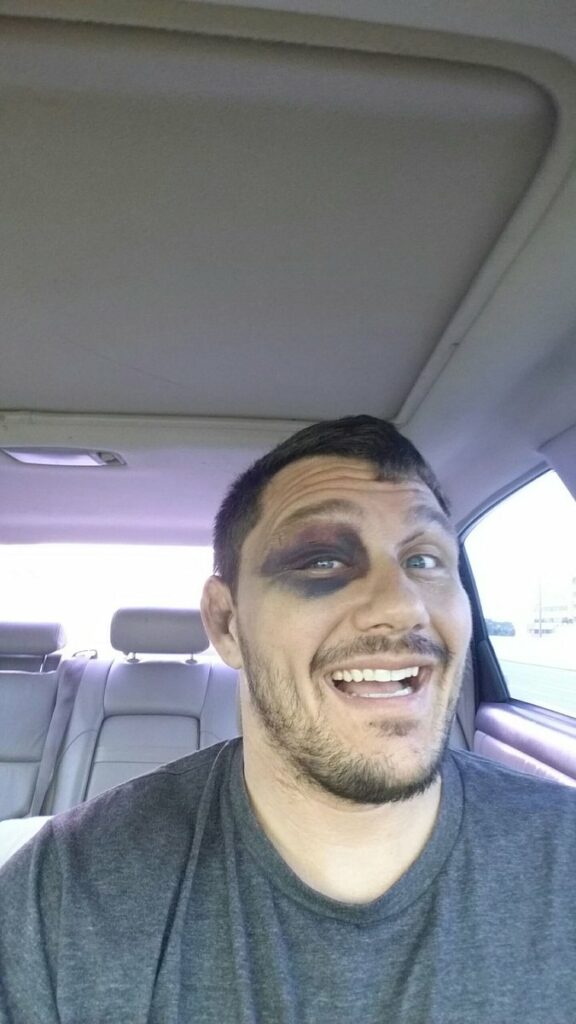 This was also Mitrione’s last outing in the UFC as he’d go on to become a big name in Bellator.