Zion Clark is a wrestler who was born without legs. He was born with caudal regression syndrome which affects the development of the lower half of the body. This rare condition only occurs every one in 60,000 births.

After his MMA debut, Clark gained a lot of fans. However, Conor McGregor stands out as possibly his largest and most renowned fan.

The clips of Clark’s debut demonstrate how amazing of an athlete he is. Also, Conor McGregor was undoubtedly drawn to him. The UFC star congratulated the 25-year-old on Twitter and even praised how difficult it would be for any mixed martial artist to face him.

McGregor tweeted: “Absolutely fascinating to hear about this man’s debut and now see it. Lighting entry on the low single. Wow!”

“You should not connect to him in any shape or form. Frames only. Frame to strike. Fascinating! Congrats and so much respect to that man Zion Clark! MMA is the best sport!” 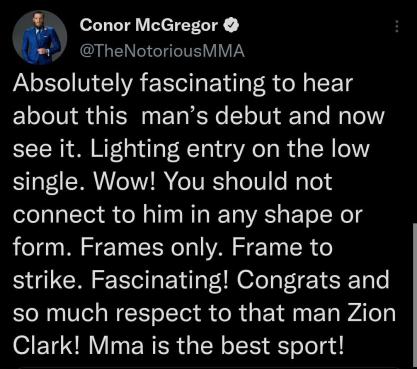 Even while attempting to suggest a strategy to take on Clark, the former UFC double champion insisted that “very few on the earth” would be capable of doing it.

He said: “Can’t kick as he is grounded opponent. The only way to stop him is to develop KO-ending shots mid-transitions in grappling. Very few on the planet possess this skill.”

“And to 3/4 way downward punch a jab there is just no power. Look at opponent’s attempt before the shot. Wild!” 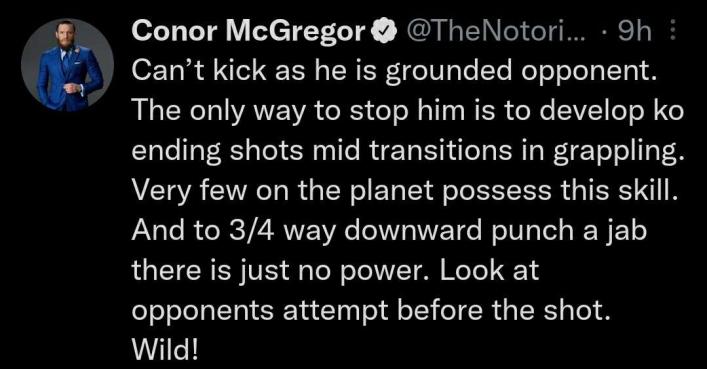 Caudal regression syndrome is a disorder that hinders the development of the lower end of the spine. This is the cause for Clark’s lack of legs.

Despite having an apparent size disadvantage, Clark was able to elude Murray with his quickness and wrestle him to the ground.

McGregor was absolutely correct to compliment him. In his reply, Clark expressed his gratitude for the encouragement and outlined his sporting objectives.

He said on Twitter, “Appreciate the love and respect [Conor] this is just the start for me I’m excited to see how far I can take my fight game! I proved the doubters wrong in wrestling becoming an All-American and D1 Wrestler. All respect.” 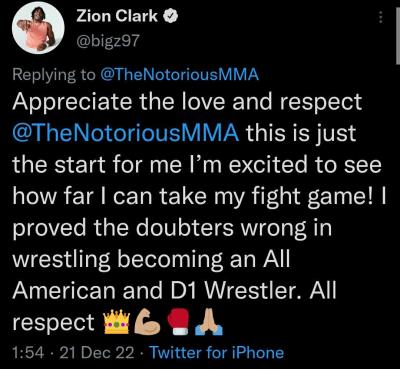 The Irish fighter replied: “Absolutely legendary!” even going so far as to tag the UFC. 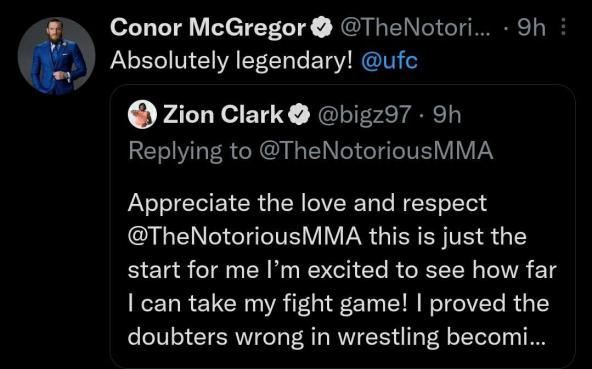