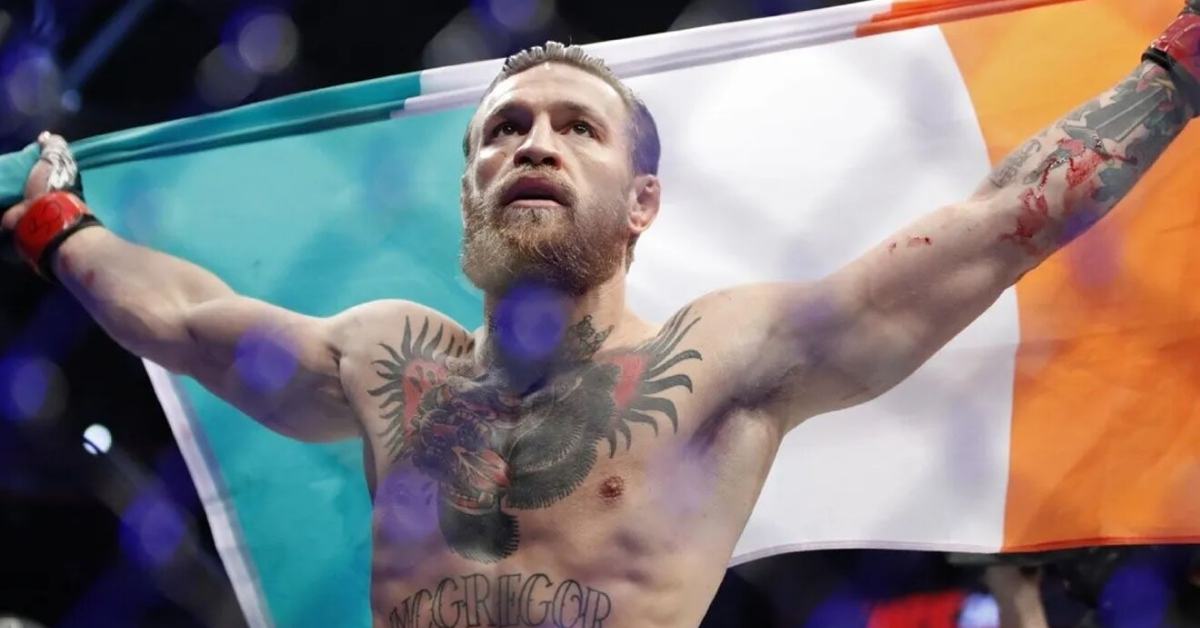 Ireland’s Government recently announced that they are going back into a lockdown state to help stop the spread of COVID-19. Starting from November 18, They reactivated a lot of restrictions. This irked the Ireland native, Conor McGregor.

Some of the restrictions dictate that pubs, restaurants, nightclubs and licensed venues must close at midnight. They also urge the citizens to begin working from home again and should provide immunity status in order to go to the theatre or cinema.

Following this news, The Notorious took to his Twitter account to give his thoughts. He expressed his disappointment towards his government’s decision. “Frustrated with these new restrictions in Ireland,” McGregor tweeted.

He also said that he and other Ireland citizens had done everything according to instructions and obeyed the rules to stop the spread of covid-19. He also stated it’s not Ireland’s citizens’ fault for this restriction to go into action again.

“We’ve done our part and we’ve followed the rules. NPHET told us last month we had the virus suppressed. And yet we move forwards only to move backwards again. All we ask for is clarity, and we have gotten none since the beginning.” McGregor continued.

“Ireland and its people, with its high vaccination rate, after enduring the longest lockdown in the free world, is not to blame for the undersupply of our healthcare system.

Those in government are! Almost 3 years to bolster this for our people, and nothing. 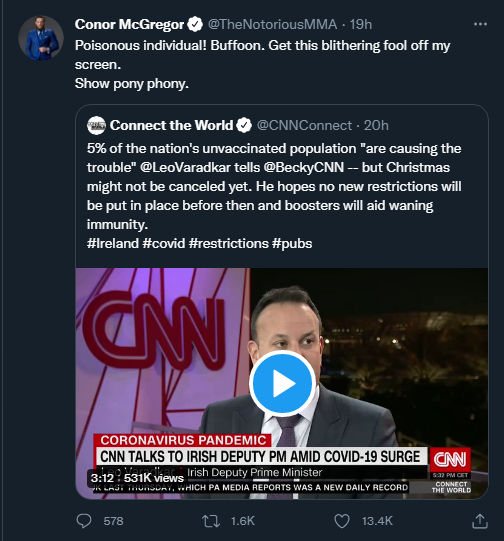 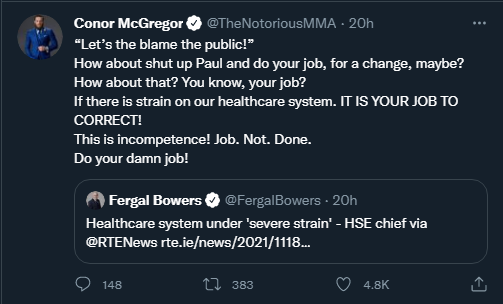 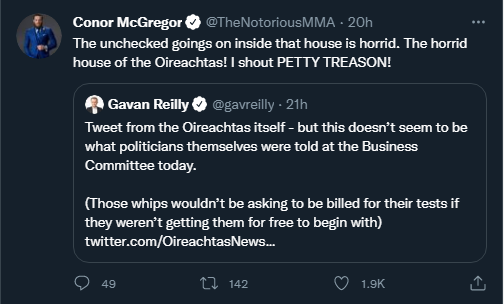 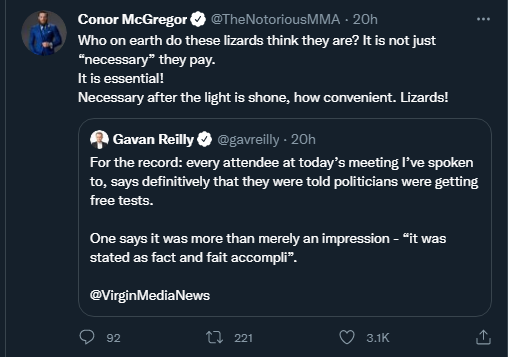 McGregor continued his rants on Twitter, “We are almost 3 years into this. We have come together time and time again! Gone above and beyond what has been asked of us! Yet all we have gotten back is hypocritical address after hypocritical address! The audacity! I am ashamed of my nations government at this time.”

The 33-year-old fighter is currently recovering from the leg injury sustained during fight against Dustin Poirier at UFC 264 back in July. He is planning to return to the UFC in mid-2022.

McGregor (22-5) has been an outspoken advocate for health and safety in his home country during the pandemic, and he has been a proponent for stay-at-home measures. He has continued to donate medical supplies and PPE to hospitals.