In the main event of UFC 281, Alex Pereira will face UFC Middleweight Champion Israel Adesanya for the third time in his professional career.

In kickboxing, Pereira defeated Adesanya twice: once by decision and once by knockout.

Every time Pereira exits a room, he performs a special gesture involving a bow and arrow. Pereira discusses the meaning of the bow and arrow ceremony in advance of UFC 281 in this video.

“When I first started to train in kickboxing, my first teacher had indigenous roots. I went home the same day and asked my mom. She said my grandparents were indigenous.”

“It made me feel more confident. We wanted to resurrect my origins and indigenous culture. I made a ritual with the bow and arrow. Then a sequence with the indigenous music and that’s how it started.”

In order to instill confidence before a bout, Pereira utilizes this practice to reaffirm his connection to his ancestral culture. Alex honors his culture by participating in this walkout in honor of his indigenous grandparents.

Alex Pereira cherishes his local origins and has hopes to help Brazil’s indigenous people in the future. In addition to being a fantastic martial artist, Pereira is a master in archery, a skill that Brazilian natives are renowned for.

Pereira discussed the value of conserving indigenous culture and the native people who have been overshadowed by time in the same interview. In the future, he hopes to assist the indigenous people and restore their cultural legacy.

Israel Adesanya has a big tattoo above the picture of Africa on his chest, the inscription says ‘Broken Native’. 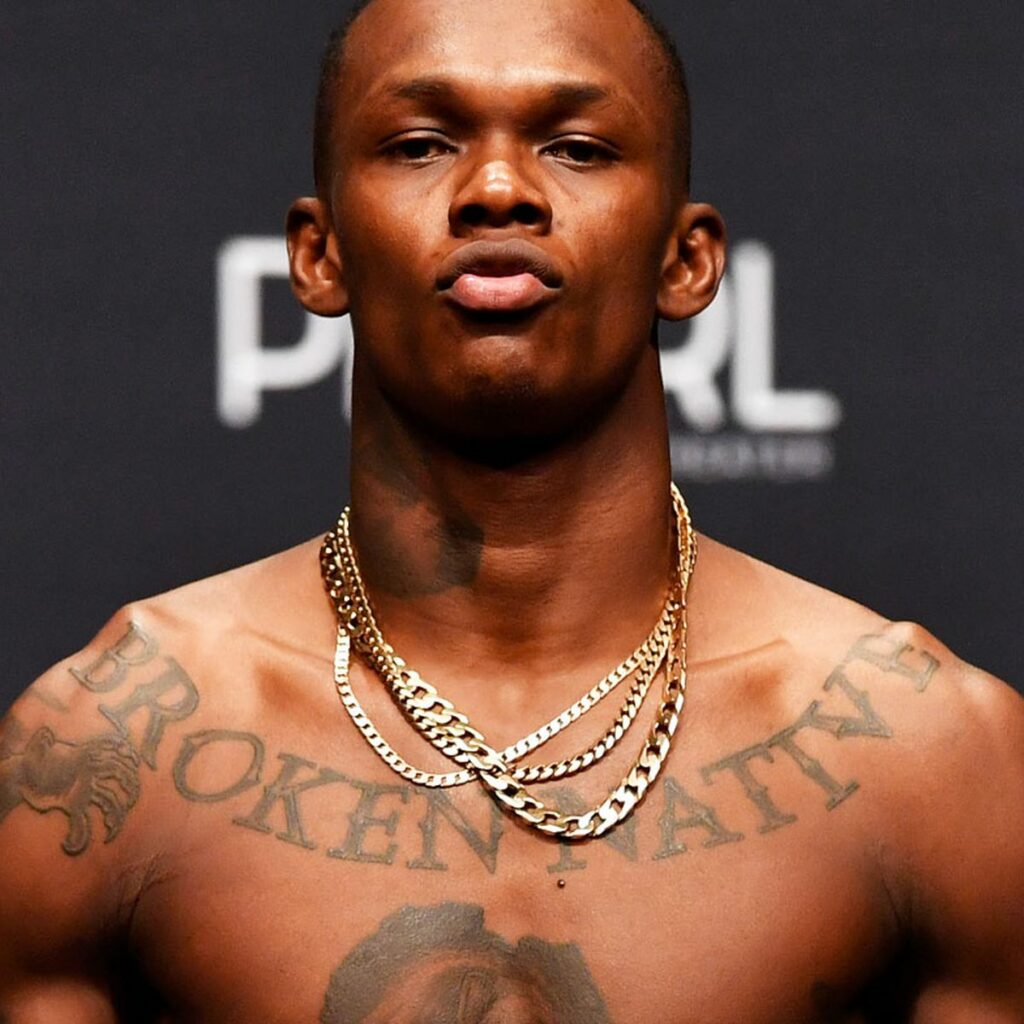 He previously detailed the tattoo gives homage to the fact he’s been an underdog his entire life.

“For me, I’ve always been the underdog in everything , It’s kind of like my whole life story.”

“I was told by many I’ll never amount to anything and I have relished that role of people doubting me.”

The native Brazilians struggled throughout the epidemic since they had problems feeding themselves. Pereira left Sao Paulo and travelled to Porto Seguro to provide food for those indigenous people. In the future, Pereira aspires to utilize the UFC’s platform and his notoriety to aid local Brazilians.

In a highly anticipated title bout at UFC 281, which takes place on November 13 at Madison Square Garden, Pereira squares off against his kickboxing rival Adesanya.