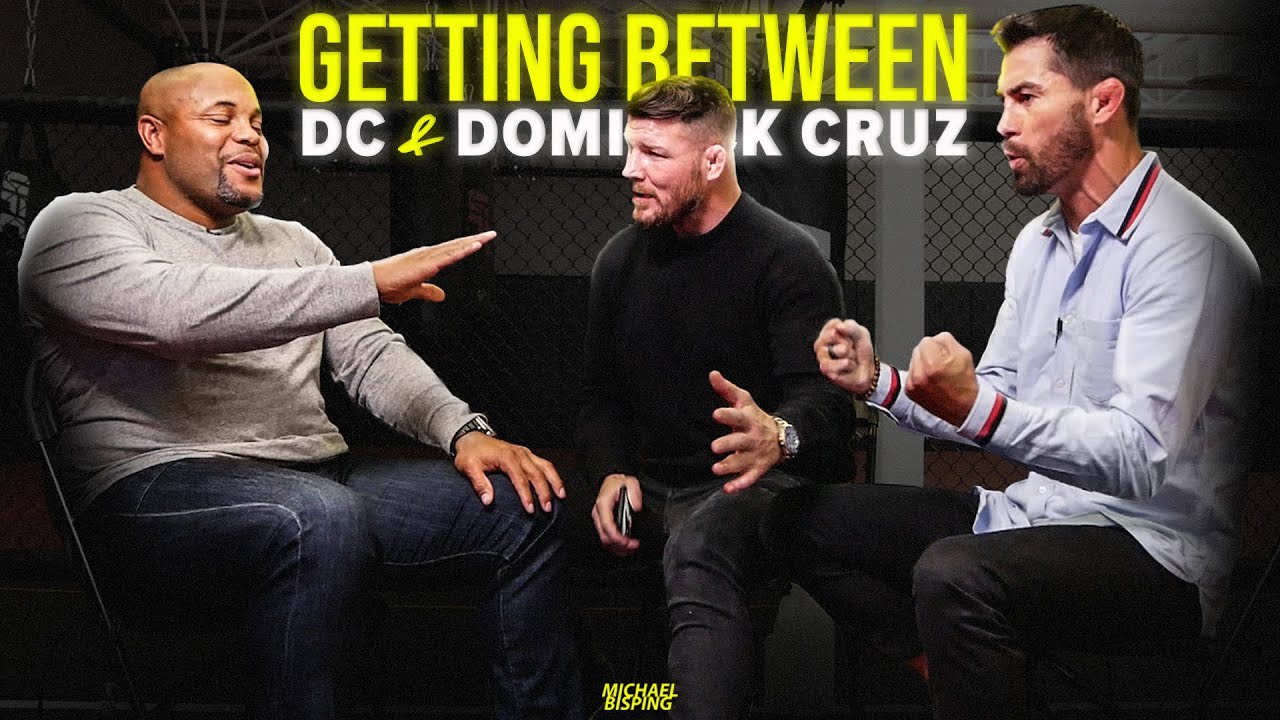 To understand this latest development it’s important to rewind to the fight week interviews the week before UFC 269. During media scrum for the event – Dominick Cruz revealed he has such distaste for Daniel Cormier commentary he would actually mute the Heavyweight GOAT.

“When it comes to ‘DC,’ I usually mute it,” Cruz said during UFC 269 media day. “I love DC, he’s my friend, but to me, from my experience, he doesn’t do the homework. He wants to get in and out, get the job done, make his money, and I think he cares about us but it’s just different.

“He doesn’t do the preparation from my experience. He might now, I’m hoping he watches some film this time on me so he knows what I’m doing and why I’m doing it, but I’m not gonna hold my breath on that, that’s for sure.”

Cormier of course took offence to these harsh words and confronted Cruz when it came his time to do the interview.

To which Cruz responded:

When the comments first came out Bisping offered this nugget:

“What was going on with Cruzy. What did he say, [Daniel Cormier]? Real quick, did he say it live? … Let us just walk off from here, away from these guys. There is a little drama going on between Dominick Cruz and DC. They play nicely. So he said publicly, was it a tweet? Give us the lowdown! … No, no, no, why would he say that? I just saw you guys having a little bit of banter and I thought I would jump in and be funny. I didn’t actually know. How did you feel about that? Kind of annoyed, whatever. He is a tricky guy,” said Bisping.

Cruz hurled critiques at Cormier at a particularly sensitive time considering Cormier has been the target of many critics – because he’s heavily biased toward AKA fighters and often calls the fight without any pretense of objectivity. Jan Blachowicz vs Israel Adesanya was the perfect example of Cormier’s flaws.

Fellow commentator and former Middleweight champion Michael Bisping clarified some things in a live talk on his youtube channel:

After a long prelude Bisping opted to share the news after all: “Cruz has a researcher! Cruz has a guy that does his research – for him! By all accounts – given to me by someone very well in the know, shall we say. Cruz has a f***in’ researcher which I just think is hilarious. “

Bisping seemed to have instant regret and followed up these comments with:

“By the way, that doesn’t mean he doesn’t do his research. Daniel Cormier used to have a researcher. All that means is that they compile the information. ”