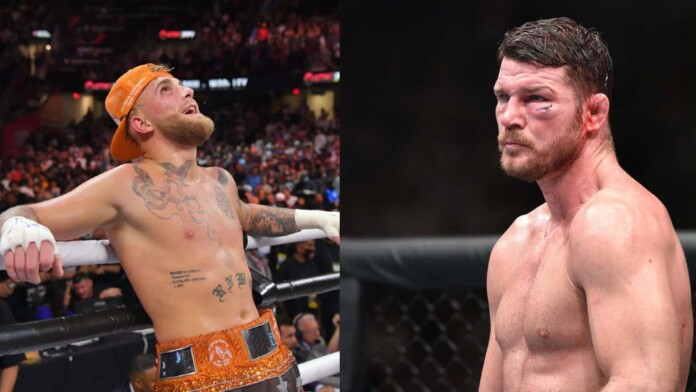 Yesterday we reported on Michael Bisping’s comments regarding the validity of Paul vs Woodley II. During the writing of the article we unearthed some interesting comments. Bisping had claimed he was offered a Paul boxing fight – but promptly declined it on account on numerous injuries including knee replacements and a missing eye.

Bisping had claimed he was approached in May of 2021 with a potential fight offer. The offer was promptly rejected.

“I’m all for fighters being able to make money [after they retire],” he confirmed, and also revealed that his situation differs from many other former pros: “I’ve been very lucky. I commentate for the UFC, I do my podcast and I’ve got things going on. But that isn’t the norm.”

But now he’s changing his story. The loudmouthed Brit is now claiming he was ghosted.

“I can beat Jake Paul, I know for a fact. Without a shadow of a doubt, that is a fact. Jake Paul made me an offer, I said I’ll fight him. I said, ‘I’ll fight you’, I’m down for it. He disappeared, didn’t expect me to say that, did he?”