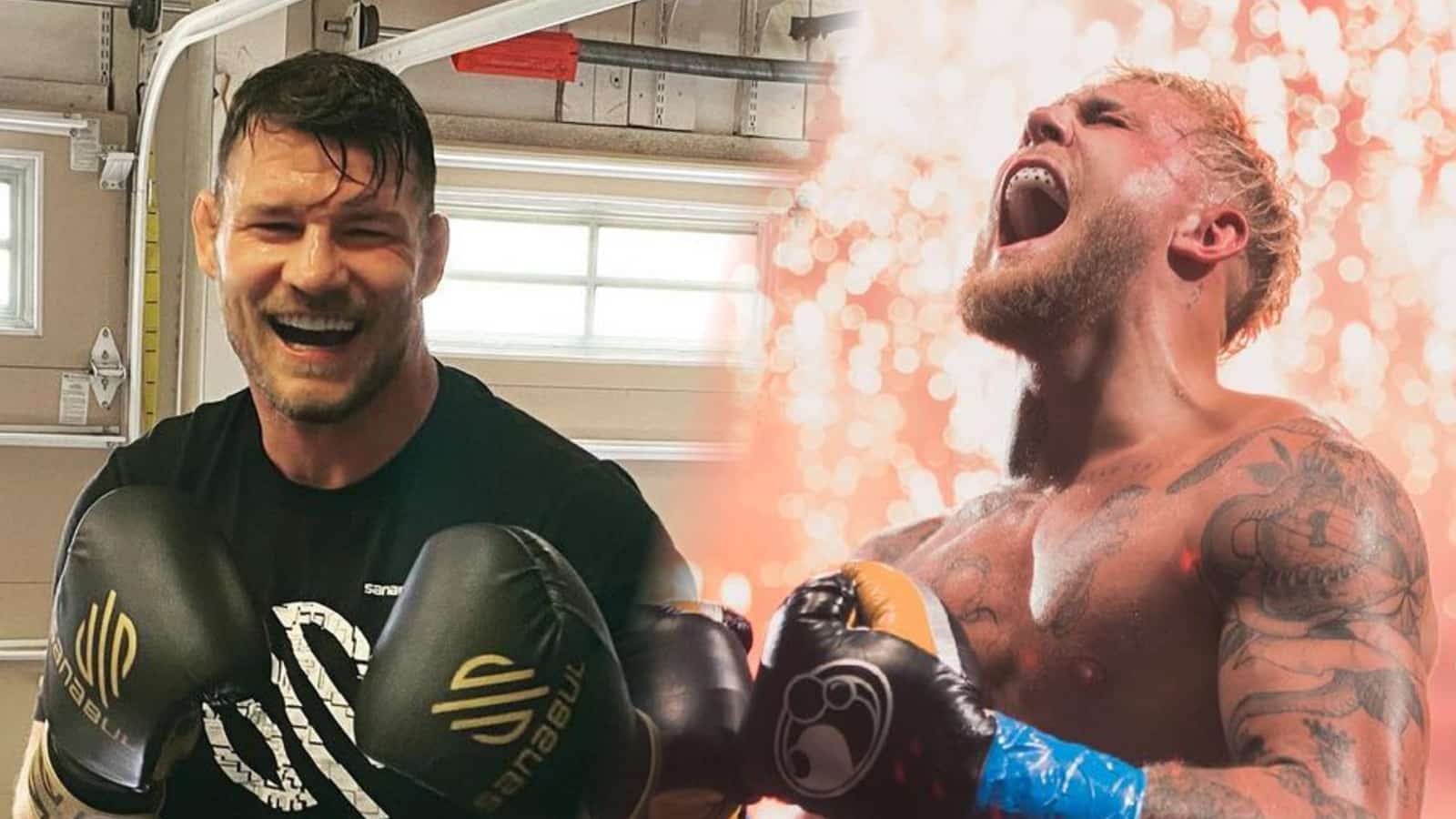 Many allege Jake Paul’s boxing fights are less than legit. In all of the boxing fights he was in – he was financially more stable and could therefor dictate some of the conditions. In fact many believe Paul would’ve never rematched Woodley if the community wasn’t so suspicious in analyzing their first fight.

However this last knock out came after what many fans claim was a “signal”. A mysterious account popped up on tiktok and shared the following clip.

Former Middleweight Champion of the UFC Michael Bisping is ready to call it legit. On a new episode of Believe You Me podcast he refuted the conspiracies floating online:

“It’s ridiculous! Anytime somebody gets beat, knocked out, something like that, these conspiracy theories start going around. There’s no way Tyron Woodley’s gonna do that. Secondly, I’ve seen enough knockouts to know when one is real. That looked f*cking real. The fight wasn’t real. The fight was garbage, it was piss poor, it was sh*t, it was nonexistent. The best thing that happened to Jake Paul was him actually landing – it was just a solid shot. The kid can bang, simple as that. He’s a big, strong, young kid. Boom. That’s not a fix!”

“Terrible,” Bisping said . “An absolute terrible fight. Unbelievably bad and for all the talk and the opportunity that Tyron had — and I’m not here to talk sh*t about Tyron Woodley. I like the guy, I respect the career that he’s had, and I don’t want to say anything that’s gonna make it awkward when I see him because I will see him soon. But the reality is it was a f*cking sh*t fight from both men. There was a lot of hugging involved and of course the knockout was good for Jake Paul. Of course that’s what everyone wants to get, but he’s lucky that he got that because I think had that gone to a decision and that was the state of the fight, nobody wants to watch either of them two fight ever f*cking again….

“Listen, it was the saving grace, knockout power. That’s what people want to see. People want to see finishes. For whatever reason, it’s a bloodthirsty sport, it’s the finishes, that bit of violence at the end…. People, the masses at large, they want to see someone face down on the canvas and Saturday night, that’s what they got. They paid for what they wanted to see and they all left kind of happy.”

Bisping certainly has a point. To boot – he was approached in May of 2021 with a potential fight offer. The offer was promptly rejected.

“I’m all for fighters being able to make money [after they retire],” he confirmed, and also revealed that his situation differs from many other former pros: “I’ve been very lucky. I commentate for the UFC, I do my podcast and I’ve got things going on. But that isn’t the norm.”

Bisping reportedly declined the offer instantly due to the fact he has a tremendous amount of injuries he accumulated over the course of his fighting career.

In 2019 Bisping underwent a knee replacement surgery this is in addition to the detached retina that lead to the blindness out of the right eye.

“My vision (in my right eye) was pretty much non-existent since 2013,” he revealed. “I was just about able to scrape past the medicals. It was definitely touch and go. I was always terrified of doing a full training camp, then being turned away by the commission doctor.

Bisping was previously unamused by Jake Paul’s boxing aspirations and at one point tweeted out the following: 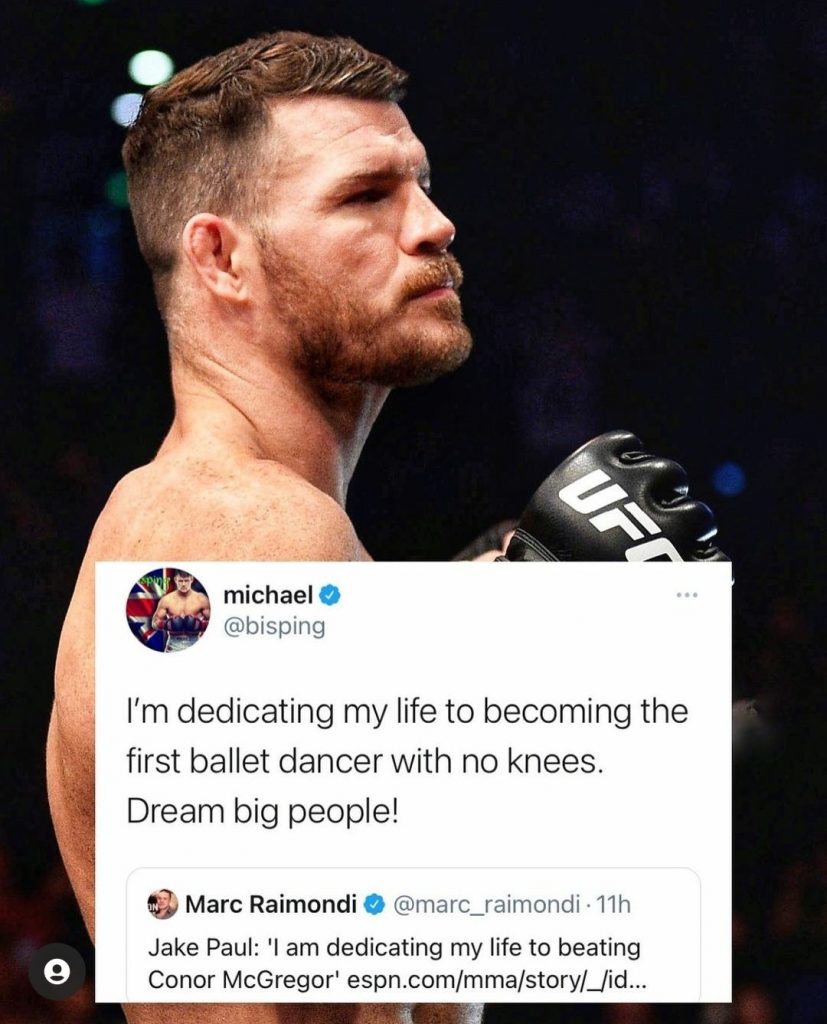