Israel Adesanya was a big favorite coming into UFC 281 despite having lost to Pereira twice in kickboxing.

Adesanya was comfortably in the lead, when Pereira pulled a surprising comeback, backed Adesanya into the fence and wobbled him enough to convince ref Marc Goddard to stop the event. 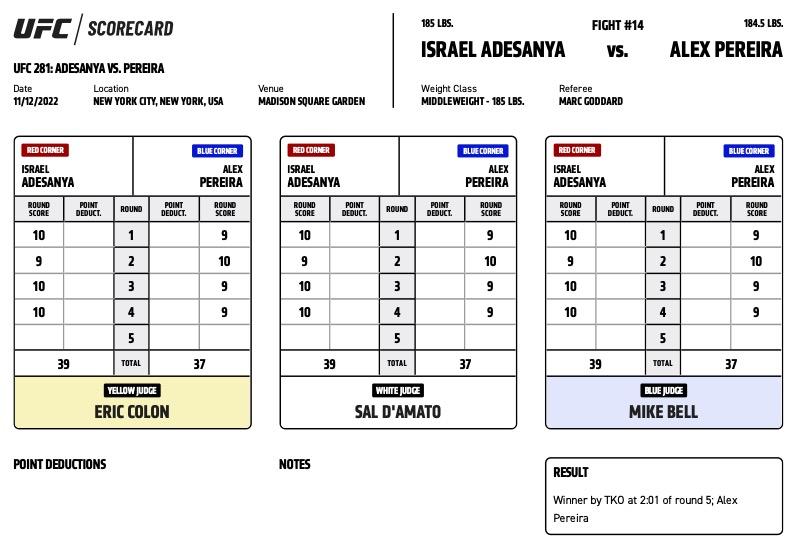 In the immediate reaction Adesanya begrudged the referee for calling it – prematurely in his opinion. Adesanya also blamed the fact he seemed unstable on his feet on his peroneal nerve getting compromised.

But Pereira felt that the stoppage was adequate and also revealed he was nursing an injury through the camp.

In an interview with ESPN Brazil, Pereira remarked

“I didn’t train very well for this fight. I could have been better, But I won, I became champion. A lot of people talk nonsense and don’t know what was going on. I [tore] the ligaments. I think I can come back better for this next fight.”

According to Pereira, he suffered torn ligaments in his right hand middle finger two months ago and couldn’t grapple for two to three weeks during his training camp because of the injury.

Pereira also addressed Chimaev’s mockery of him saying:
“Any guy who understands the slightest bit about fighting will say, ‘This guy is an idiot,'” Pereira said of Chimaev. “He wants to promote himself.”

Adesanya confirmed he’s looking to get a rematch on the books but he also previously talked a bit about having to take care of himself medically so it’s certain that any potential rematch won’t be before spring 2023.

“I mean, I don’t disclose everything. I’ve had some stuff that, you know, some medical stuff that I’ve just put on the back burner. It was stuff that people make fun of me for. “
“I mean, yeah, I just got to look after myself because my health comes first. Even think about Chadwick Boseman when everyone was making fun of him.”