Israel Adesanya is recoverin from a busy year of training and competing in Mixed martial arts  and enjoying life.

At UFC 281, the veteran middleweight was brutally defeated by his old adversary Alex Pereira. After the defeat, Adesanya was quite explicit about his desire to face Pereira again. But not until he takes care of his body.

Australian model Shana Evers is the younger sister of DJ, model, and TV personality Brooke Evers. The Evers family also became known as the “Gold Coast Kardashians” due to Shana’s links to the family and her similarity to Kim Kardashian.

Evers is one of the richest models and has a significant social media following. Evers’ estimated net worth is $5 million.

According to Evers, Kim Kardashian is a trailblazer who inspires Evers because of her motivating attitude and honesty.

She was also well-known for her marriage to the rapper Fortafy. The couple had a daughter named Egypt. Little Egypt rose to online stardom in 2015 following a well-known birthday celebration that included presents from the Kardashians. 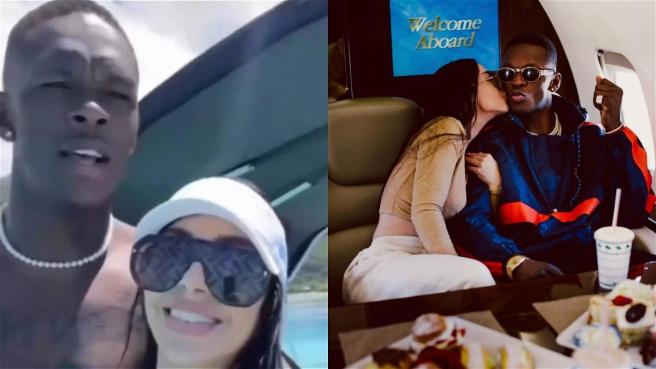 Shana Evers recently uploaded a photo of herself kissing Israel Adesanya on the cheek. Adesanya commented “what did I miss?” under the post. The two have yet to address their relationship publicly.

But Adesanya has already butted heads with Evers’ ex husband. According to sources, the story is aimed at Sam Ratumaitavuki aka Fortafy. Ratumaitavuki is the founder of Trillionaire Thugs NFT. Ratumaitavuki also boasts of being a rapper, mobile game entrepreneur and former bodybuilding champ.

He also has ties to organized crime.

here are reports of him pleading guilty for robbery and additional charges – with his co conspirator being James Kisina. Kisina brothers are deeply intertwined in trafficking and have a myriad of legal issues under their belt.