The rivalry between Chimaev and Khabib Nurmagomedov has been interesting to watch. While the two used to share a manager, Chimaev was fired when he made derogatory comments toward Khabib in a livestream. He’s since walked back some of those comments.

But the rivalry is alive and well. Chimaev was put down when he faced off with Gilbert Burns and took quite a bit of damage doing it considering Nurmagomedov has never been significantly injured during a UFC contest.

“Look, I don’t want to offend anyone. Ring girls are the most unnecessary people in martial arts.”

“What is their function? I have a question: You can show that it’s the second round on the screen.”

“I think they’re the most useless people in martial arts. What function? How?”

“Do they develop the sport? Or do they help people to see that it is the second round now? What are they doing? Tell me, please.”

Khabib’s remarks angered a good number of his fans and UFC athletes including the actual ring girls.

It’s no surprise Nurmagomedov has these beliefs considering he was openly disparaging of women taking a part in martial arts for years and years. After all it’s not something that’s common in his culture.

But despite sharing a similar country of origin, Khamzat Chimaev has no such condemnation for women.

Surprisingly, Khamzat Chimaev threw shade on Khabib for his remarks. 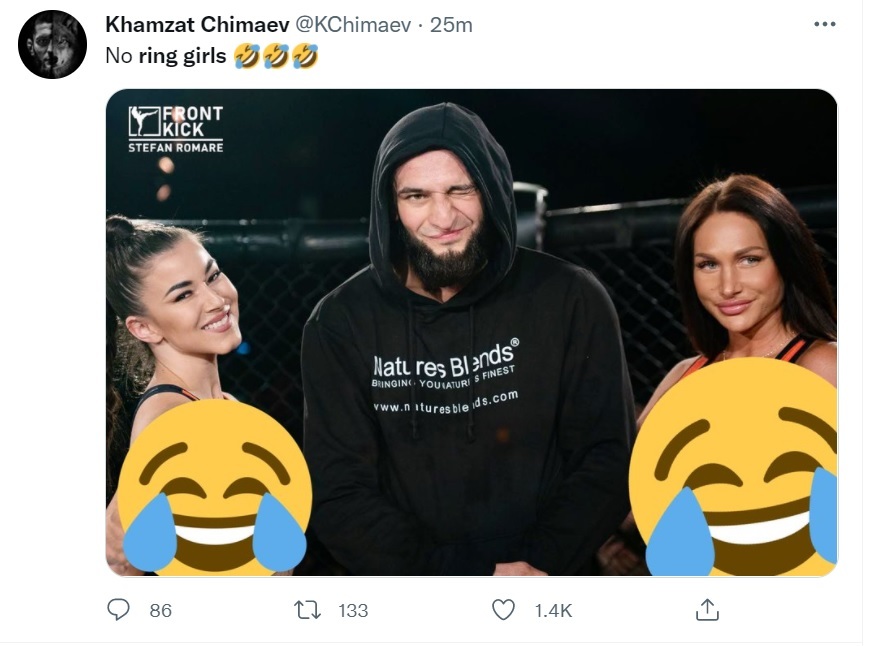 It’s especially hilarious that Chimaev opted to cover up the ring girls with emojis. This type of behavior earned Chimaev the moniker ‘Evil Khabib’.

While Chimaev is similarly conservative and had married a woman in Chechenia earlier this year, he’s more used to the Swedish way of life and has adapted to the presence of women. 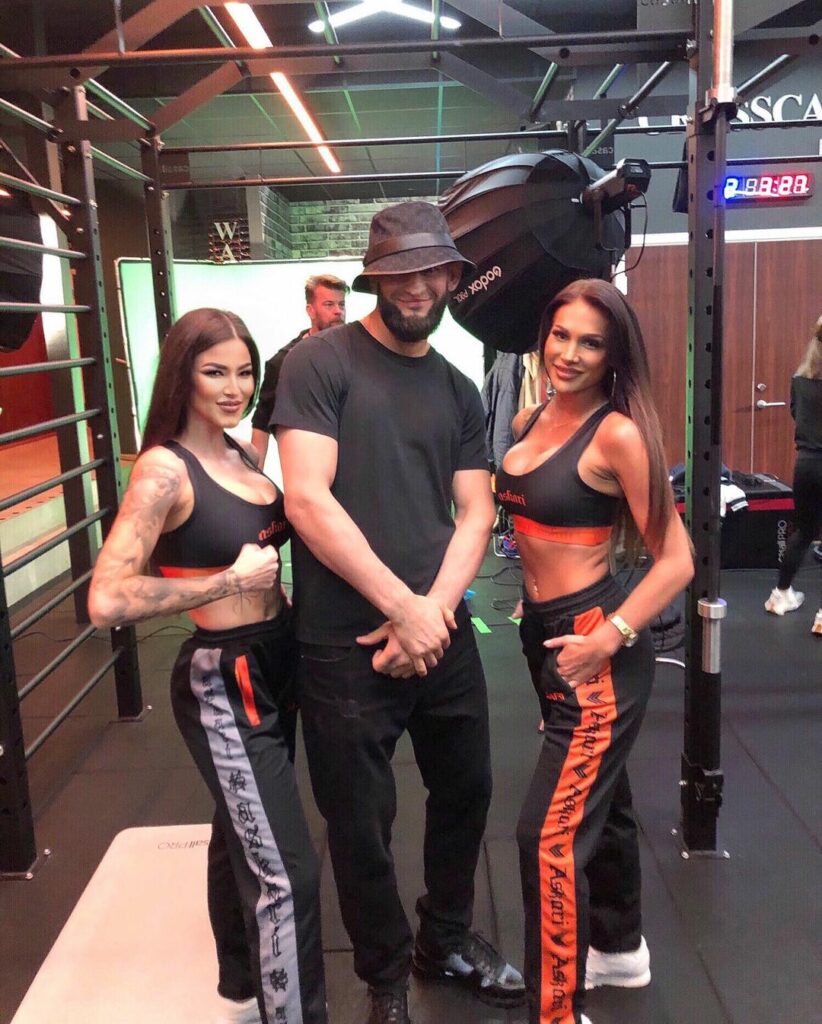 While Nurmagomedov maintains he’s happily retired, he did criticize Chimaev for his behavior on the scale after missing weight and he went on to blame the lack of Muslim men around him for the vulgar finger gesture.

Chimaev’s future hangs in the balance. Due to his weight miss, it’s possible he might be looking at a longer turn around than usual and possibly in a new weight division though it’s unclear for now with White leaving the door open for a welterweight return.