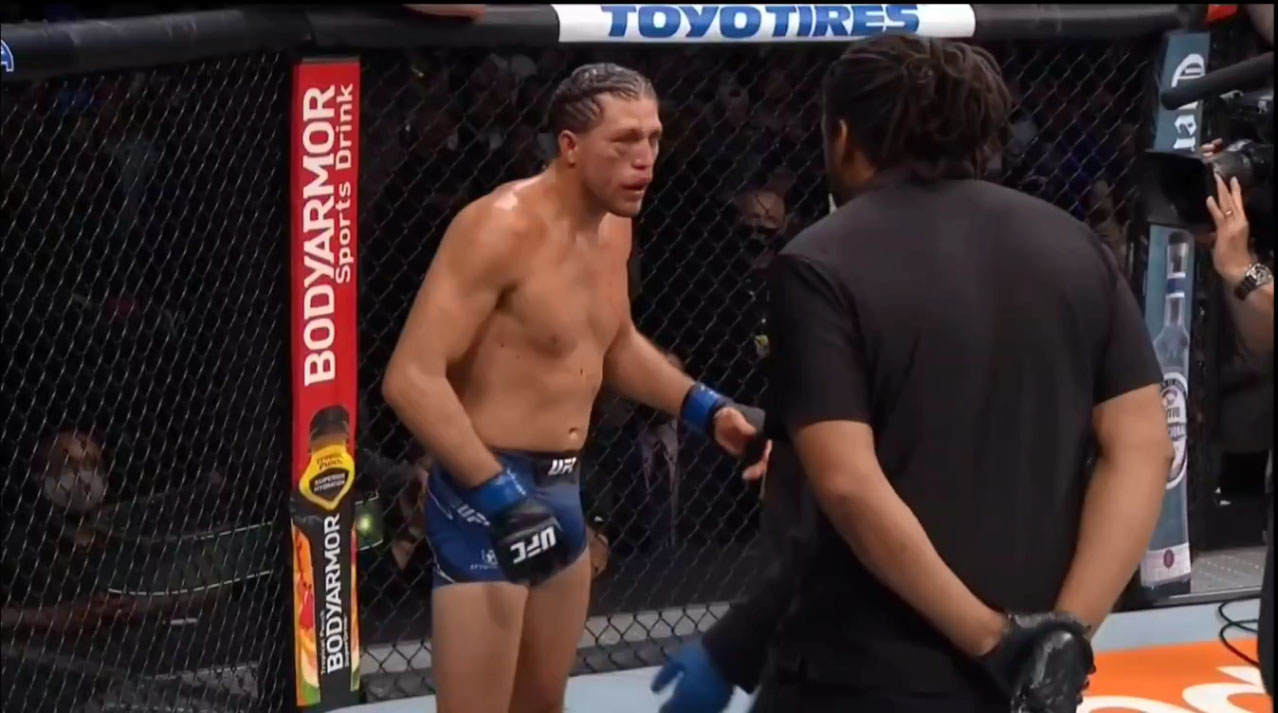 Alexander Volkanovski and Brian Ortega had a rather epic fight over the weekend – but even though the fight went the full distance it probably shouldn’t have. The incredibly suspect part of it happened at the end of round 3. Ortega got hit in a particularly bad barrage of punches that had him laying on the floor as the buzzer went off – and he seemed rather incoherent. In fact, if you watched closely you could see Herb Dean was questioning if to call it a day once the buzzer went and Ortega seemed unable to get up.

Volkanovski definitely has a point. There was extra time given to Ortega to get in there and recover – and honestly this was a mistake to begin with. Dean should’ve called it at the end of the round instead of letting the fight go on.

Nothing but respect to these two warriors for an absolute war! ?#UFC266 pic.twitter.com/deomTcyxLU