UFC Veteran Vitor Belfort might be 45 years old but he’s not ready to quit his combat sports career. Belfort has been boxing ever since he was released by the UFC.

It was just announced that his next opponent will be Hasim Rahman Jr. of Jake Paul infamy.

Belfort was supposed to box Oscar De La Hoya in his return from retirement. However, De La Hoya was diagnosed with COVID-19.

Therefore, the match was cancelled 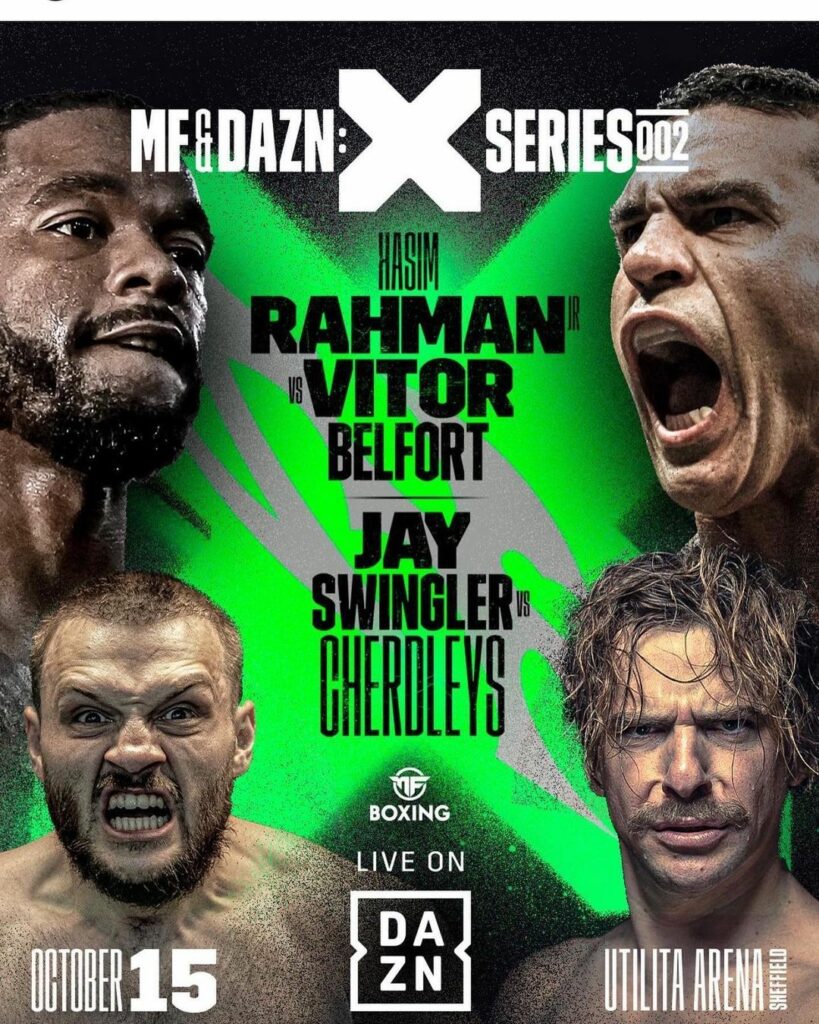 In the double main event of “DAZN X Series 002” on October 15 in Sheffield, England, Vitor Belfort will face Rahman Jr. Rahman Jr. announced this news at the first MF & DAZN: X Series at the YouTube star KSI’s event on August 27.

“It’s going to be a great show and I’m looking to put on a hell of a performance. My main goal when I put on a pair of gloves was to become a world champion like my father was so nothing is ever going to deter me from that. If this going to catapult me to be able to make the bigger fights at the end of the day, then I’ll go ahead and that route.”

After the Jake Paul bout was called off, Rahman Jr. was offered Belfort.

Rahman Jr. was initially scheduled to box social media personality Jake Paul in August when Tommy Fury canceled a boxing contest with Paul due to visa complications that prevented him from entering the country.

Rahman Jr. made it evident that he wouldn’t be able to meet the agreed-upon weight. Paul took the decision to cancel the whole event, which included Amanda Serrano as the double main event on the bill. Paul seemed to criticize Rahman Jr. for his lack of professionalism while assuring the audience that he would soon make a comeback.

Rahman Jr. will enter the contest with a 12-1 professional record. Kenzie Morrison was the first and only defeat in his professional career.